How to Move Forward after the 2020 Presidential Election | Bitch Media

Keep FightingHow to Move Forward after the Election 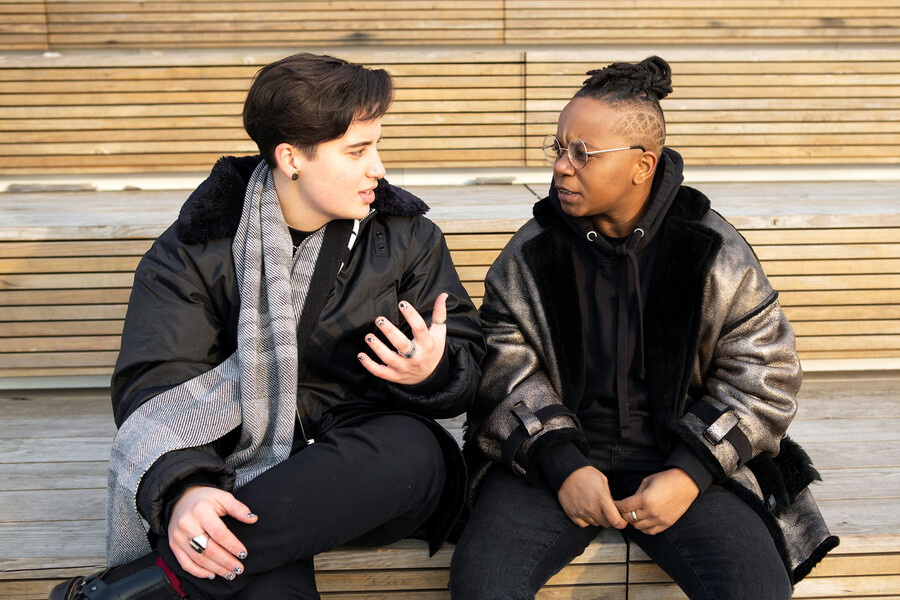 Two transmasculine people sitting together and having a serious conversation. (Photo credit: Zackary Drucker for The Gender Spectrum Collection)

An October study by the Harris Poll on behalf of the American Psychological Association found that more than two-thirds of Americans, an increase from the 2016 election, said this presidential election was causing them stress. Black adults were more likely to report the election as a source of stress, a 20 percent increase from the 2016 election; adults with chronic health conditions experienced more stress than those without; and, across the political spectrum, adults expressed increased election-induced stress. Between an uptick in acts of white supremacy, voter suppression, and safety concerns at the polls, it has been hard not to stress. It doesn’t help that we’re also in a pandemic, despite arguments to the contrary.

Now the election is over—and we have to keep moving.

In an October story about election anxiety for USA Today, writer Alia E. Dastagir noted that hope helps us survive though it can feel impossible or even embarrassing. What if we hope for something better and we’re disappointed? What if we hope and people assume we’re being naive? But hope is important. As Dastagir wrote, “Decades of research show hope provides resilience against things like post-traumatic stress disorder, anxiety, depression and suicidal ideation. It offers chemical benefits too, in the form of endorphins and lowered stress levels, things, experts say, make people more productive.” It matters that we’re in a state of disaster, of flux, and of pain. But it also matters that you make it through this. If you need a glimmer of hope to make it through, claim it. It will take time, but we will move forward.

This is only the beginning. Though participation in presidential elections is important for a variety of reasons, it is only the tip of the political-engagement iceberg. Beyond voting, we owe it to ourselves and our communities to keep pushing, keep organizing, and remain aware of the state of politics both locally, nationally, and globally. But before we can continue the work of protecting and uplifting the most vulnerable among us, we need to check in: How are we doing? What do we personally need so that we can sustain this work? How do we move forward after the massive anxiety-inducing 2020 presidential election?

1. Recognize That Your Feelings Are Real

When you’re one of the only people you know in real life who is struggling with the election, it can feel like you’re being melodramatic. It can be easy to look around and wonder: Am I the only one who feels this worried? Am I just making this up? But the first step to dealing with this sense of overwhelm and moving beyond it is realizing that what you’re feeling is a very real and well documented phenomenon. Washington D.C.-based psychologist Steven Stosny coined “election stress disorder” in 2016, and has noted time and time again that elections create resentment, stress, and vitriol both online and off. However, in 2017 Stosny wrote that there’s a silver lining: “Historians note that meaningful social change follows periods of upheaval. After nearly 30 years of clinical practice, I believe the same is true of each individual. In your current distress is your future growth, connection and fulfillment.”

2. Learn to Cope with Uncertainty

Giving up a sense of control is one of the hardest things for me, and I know it’s something that many others struggle with. When you consider yourself to be an engaged person who is a part of a community bigger than yourself, it feels especially difficult to let go of the reins. But at a certain point we have to learn how; it’s unhealthy to carry such a bizarrely large burden. Stress levels are so high that the American Psychological Association has a “Stress in America” press room, noting that stress in the United States is a national mental health crisis. Even prior to the election, the National Center for Health Statistics and the Census Bureau reported that COVID-19 alone had stress rates booming. Managing uncertainty is a skill, and it’s something we can all stand to prioritize.

If you need a glimmer of hope to make it through, claim it. It will take time, but we will move forward.

3. Reach Out for Support

You are not alone. Even if things feel nearly impossible and tensions continue to rise, you are not the only one struggling and you deserve support. As Stosny wrote in the aforementioned Washington Post article, “I advise my clients and friends affected by the election and its aftermath to reach out, connect, affiliate and show compassion for those similarly affected.” And there are resources out there. Greatist has a list of 80 affordable mental health resources. Open Path Psychotherapy Collective helps people find therapists that charge between $30 and $60 for in-office and online sessions. Ethel’s Club, a popular digital membership club exclusively for people of color, has had several free sessions that acted as a space for healing, and Brown Girl Therapy is a mental health community for children of immigrants. Therapist Aid offers free worksheets that teach coping skills. And Headspace, which has been focused on election anxiety, offers select audio-guided meditation classes you can take right from your phone at no cost.

We owe it to ourselves and one another to be aware of the world around us. But we were never meant to be flooded with information 24/7. While 20 years ago we may have been inundated with newspapers, magazines, and radio commentary, today we hold small screens close to our faces in the dark as we scroll for hours on end. At a certain point it stops being productive or helpful. Doomscrolling only makes us weaker and more exhausted. You deserve a break. Flooding your brain with information might feel like an active choice, but it’s more often a passive acceptance of pain. Take Twitter off of your phone. Delete TikTok. Move your Instagram a few swipes behind apps that bring you joy. If just thinking about this makes you feel lighter, go for it. You have more than earned a break, even if only for a few hours, from the monsters that live in your phone.

5. Find Ways to Support Causes You Care About

Getting involved can be an actionable way to make yourself feel a little bit better about the state of the world. While firing off a tweet can check that box for some of us, others need something more tangible. How can you get involved in your community safely and in a way that aligns with your values? What needs can you fulfill? Getting active—whether that means donating to mutual aid funds, volunteering, or checking in with friends—can help remind us that we’re doing the work.

Read this Next: To Well and Back 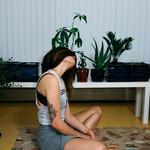 by Nora Salem
America’s problems can't just be manifested away.