Do We Need a Black Feminist Bechdel Test? Moya Bailey Thinks So. 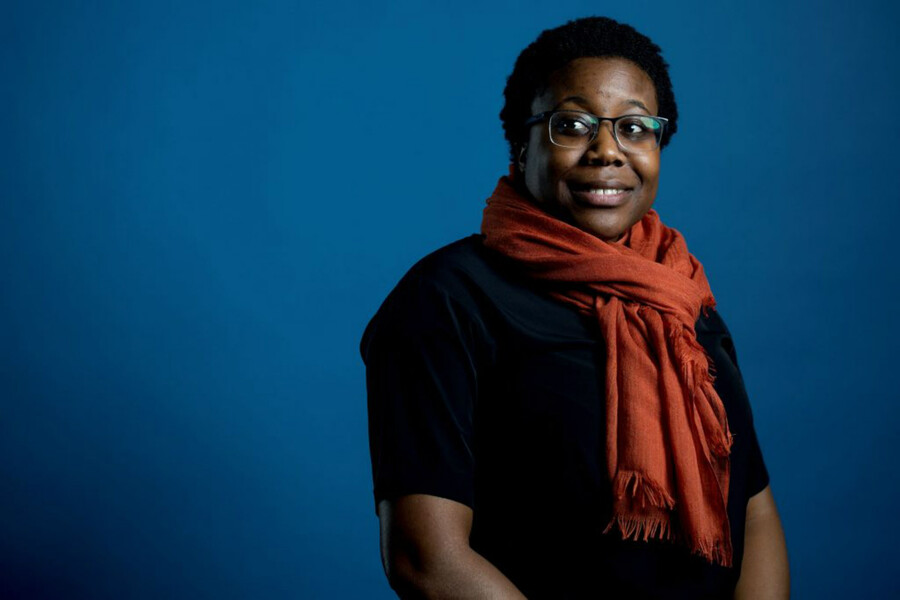 Today the word “misogynoir”—used to describe the specific intersection of racism and sexism that Black women often face—is used colloquially in all types of academic, cultural, and casual settings. But when Moya Bailey, a scholar and assistant professor at Northeastern University, first coined the term in her dissertation in 2008, and later used it in her writing on the Crunk Feminist Collective Blog throughout the 2010s, she could not have predicted its mainstream popularity. In her new book, Misogynoir Transformed: Black Women’s Digital Resistance, Bailey takes an in-depth look at the histories and contemporary manifestations of racist misogyny toward Black women in media, analyzing everything from YouTube web series and Tumblr archives to Black women in Hollywood. Through a combination of thorough research and nuanced cultural criticism, Bailey analyzes how various forms of media have upheld, troubled, and transformed misogynoir. Bitch spoke to Bailey about her new book, Black women in media, and whether misogynoir can be transformed into something meaningful.

You first wrote the word “misogynoir” in your dissertation. How did it feel for the term to go viral? How has having a word to describe the intersection between racism and misogyny changed your study and conversations about racism and sexism?

When I wrote “misogynoir” in my dissertation, it felt necessary for trying to describe uniquely targeted negative portrayals of Black women. I wasn’t thinking about it beyond the dissertation per se. I just casually used it on Crunk Feminist Collective blog when I was a member of that collective, and other members of the collective really took it up and [it went] from there. When it went viral I was very surprised. It’s been this weird mixed feeling of excitement that people find the word useful, and then also just extreme sadness that the word has to be used so often. As a graduate student, I was definitely given the impression that real scholarship happens when you’re a professor. So I feel empowered in some ways to know that scholarship, in terms of creating things that are useful to people, doesn’t always come from the academy or the ivory tower. I hope that gives other people the sense that they can create the terms and language they need as well.

Each chapter in the book looks at a different form of social media such as Twitter, YouTube, and Tumblr. Why did you decide to examine misogynoir through these mediums?

I was an early adopter of a lot of platforms; I was on Twitter when there were very few people on Twitter. Because it was such a small group, it allowed for a lot of the Black women on Twitter who were regular users to connect with one another. I was an early Twitter friend and follower of Janet Mock, so I saw #GirlsLikeUs develop and move in real time. Also being a Black queer person in Atlanta, I knew of some of the people who were on those YouTube web shows that I examined in the book. All of this created an opportunity for me to dive in in a way that I would feel less comfortable doing if I had been working with communities I had less access or connection to.

In the text you speak about Black women’s use of social media as a form of harm reduction. Do you feel that platforms like Twitter still function as harm reduction in the same way today as they did when you first joined years ago?

Absolutely not. It’s wild to me how much things have changed in a relatively short amount of time. There isn’t the sense of community on Twitter or most forms of social media and internet hubs that was there before. Societally, we’re moving at an ever-increasing fast pace and there doesn’t seem to be the type of reflection that was there even a few years ago. Social media can still function as harm reduction for Black women today, but not in the way that it used to, and also not as consistently. I do think that there’s something really wonderful about connecting with people you otherwise wouldn’t have access to, who have your similar values. That’s one of the things I loved about Tumblr: It was a site where you could have a lot of affinity with someone around different shows, and all the things you could possibly imagine. There was always space to find someone who was into what you’re into. 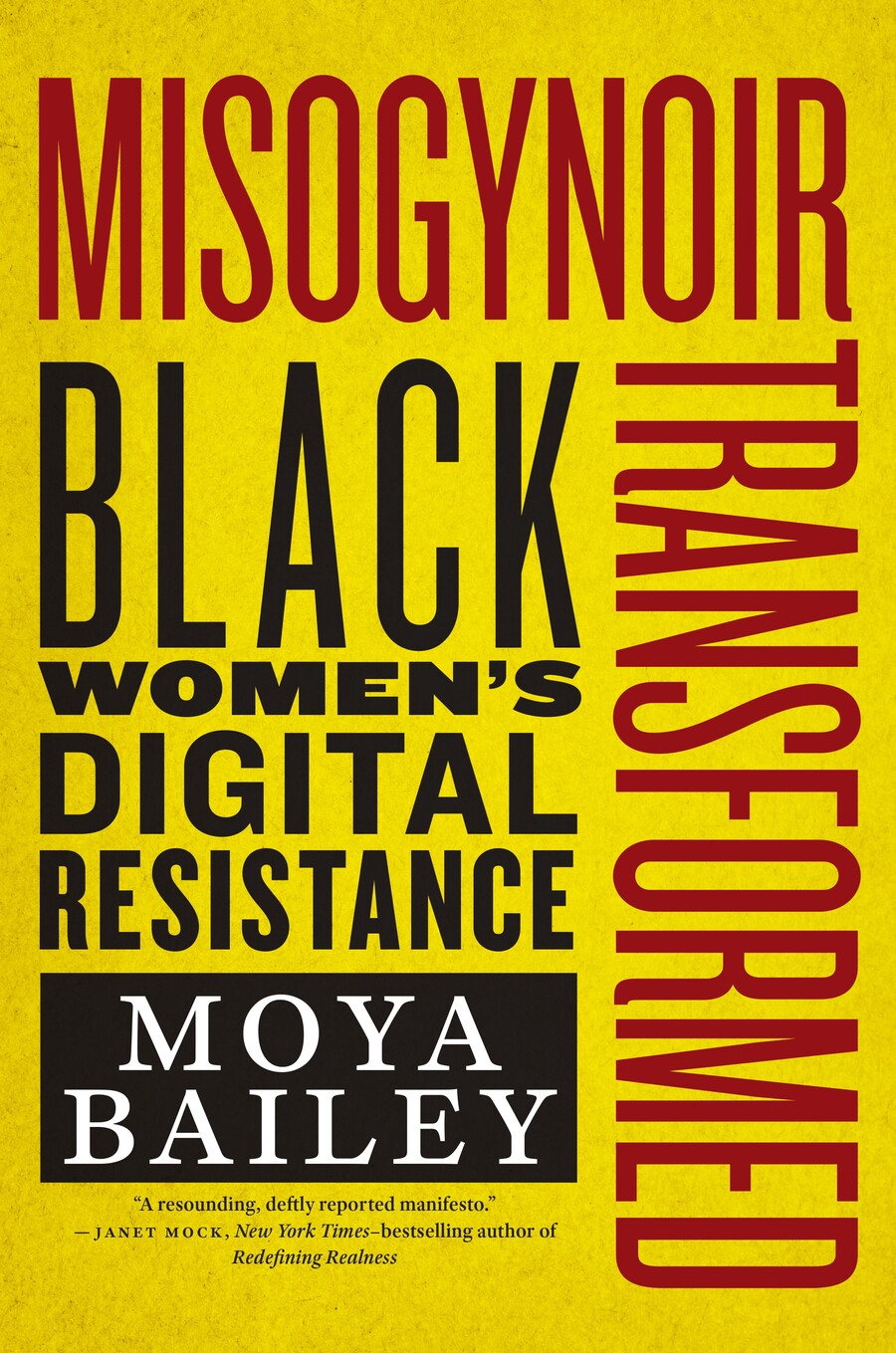 In your chapter about Tumblr, you write that the people using that platform  “are able to have a conversation that creates the networks needed to address this anti-Black racist misogyny both on- and offline.” Why do you think this was happening on Tumblr specifically?

On a lot of social media platforms, everything is so curated that people don’t have the experience of dealing with conflict and then growing and coming back from it. Since Tumblr was a bit of an older site, this wasn’t as much the case. One of the narratives in the text is a conversation with Danielle Cole who had a Tumblr [called] “Struggling To be Heard.” One of the things that they talk about is being called in around light-skin privilege and having that conversation for the first time on Tumblr, where they were really able to learn [from] and understand it. At that time, there was this sense that people could have conflict and things could even escalate, but people would be able to come back from it and learn. People could apologize. There was more room for more nuanced ways of interacting with each other that came from a sense of a smaller internet community where we all felt connected. Unfortunately these kinds of conversations aren’t happening very often on the social media platforms of this moment. It seems people are much more quickly written off than they would have been before, and the idea of who is included in our community is much more fraught.

You make a stark distinction between Black women and Black feminists in your book, and use Lena Waithe as an example of a Black woman who often takes on roles or makes films that perpetuate misogynoir. Do you think that introducing more Black feminists into Hollywood could help combat misogynoir?

We need more Black feminists everywhere. [Hollywood and other] industries have issues that are deep-seated, and Black feminists aren’t going to be able to fully overthrow the Hollywood system until we have a conversation about fully overthrowing capitalism and the means of production. But more Black feminists in Hollywood would definitely change what we see onscreen. With a Black feminist politic, there are certain things that become important to the work and other things that we wouldn’t tolerate in a narrative. For example, there’s this old idea of a Bechdel test that’s used to decide whether there’s any redeeming quality to a film: Do two women talk to each other about something other than men? That’s a very low bar, and Black feminists would be in a position to raise that bar. A Black feminist film might say: Here are feminist women characters who have relationships that have absolutely nothing to do with men, who are interested in questions that go beyond romantic love, who live outside of a heteronormative or even homonormative model of success and are still thriving. Black feminists in Hollywood create the opportunity for possibility models that go beyond what we have accepted as the status quo.

You have a particularly interesting chapter about worldbuilding in queer Black YouTube webseries. Why do you think that such effective worldbuilding is happening on YouTube?

It has a lot to do with low bars for entry. On YouTube, it doesn’t cost anything to put your web series on the platform, and you can produce and edit it yourself. These shows really amass a significant audience because people are so hungry to see themselves onscreen. We have to be careful not to romanticize the things we make ourselves. Just because we experience misogynoir does not mean that we are immune from reproducing it. In these YouTube web series, I see several beautiful ways that misogynoir gets challenged in terms of the types of bodies that are positioned as beautiful, indirect challenges to colorism, and discussions of topics like domestic violence. At the same time, there can be problematic tropes of toxic masculinity that still show up, and misogynoir can be reenacted in the way that more feminine characters are treated on these shows. On YouTube, misogynoir is both challenged and being maintained.

There’s so much potential in what happens online. I’m going to say something perhaps controversial: Misadventures of Awkward Black Girl is better than Insecure. There’s something that was possible with YouTube as a venue that isn’t the same in Hollywood even though there’s a bigger budget and platform. Things were lost in translation. Even though Hollywood gives Black creators more access, there are often a lot of restrictions that are put in place creatively.

I was thinking a lot about energy. There’s so much energy in the hatred of Black women; it’s active and it’s very powerful. I have a science background and I really appreciate the idea that energy is neither created nor destroyed. It’s not as if misogynoir is going away, because I don’t think you can destroy that energy. But I’m thinking about how you can transform it so that it becomes something that’s actually useful. How do you transform all of that hatred into something else? I would say that by subverting it, sublimating it, and doing all of these different practices, misogynoir is transformed because of the attention that people are taking to create something that is meaningful to them. 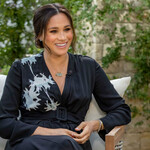 by Moya Bailey
Even the Duchess of Sussex says #MeToo when it comes to misogynoir.