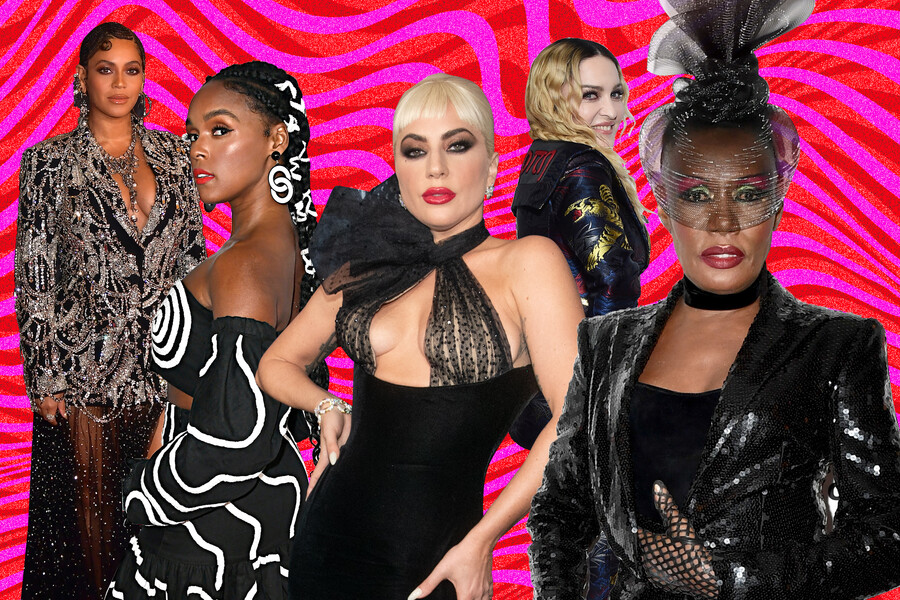 Ditching pop stardom made of outrageous meat dresses and monsters, Lady Gaga has evolved from diva/singer to actress. After winning an Oscar for A Star Is Born in 2018, and Ridley Scott’s House of Gucci doing relatively well at the box office, despite the continuing pandemic, Lady Gaga has become a movie star, one who can attract an audience under almost any circumstances. (People certainly didn’t flock to the theaters because of director Scott: His previous film, The Last Duel (2021), was a notorious bomb, despite the popularity of Jodie Comer, the Emmy-winning star of Killing Eve, in a pivotal but tropey role as the Wife Who is Raped.) Yet as Scott illustrated with Comer, there’s reason to worry about Gaga’s future in film. Most movie directors and screenwriters haven’t the slightest idea what to do with a performer of her (or Comer’s) stature.
Gaga has chosen her roles wisely: She was the “star” in the title of her first film (and won an Oscar for a song she cowrote for it) and now has a showy part in House of Gucci for which she’s already getting award nominations. Like most pop stars of today, Gaga is an expert in crafting her image, which goes back to former high fashion model Grace Jones, who provided the blueprint for white singers in the ’80s like Madonna and Annie Lennox to adopt an extremely distinctive, glamorous signature look in music videos and album covers. Gaga’s outfits, and the striking visuals in her videos, as much as her music, made her popular. She had creative control over these elements, more or less (male music executives guarantee that women pop stars show a lot more skin in their videos than male artists, Lil Nas X being an exception). As a movie star, she can be the red-carpet Lady Gaga, and even there she’s significantly toned down from what she wore as a pop star. Already she seems under the pressure most actresses, even stars, are—to be someone whose persona is flexible (some would use the word “bland”) enough to be cast as nearly anyone, which is how we end up with Nicole Kidman playing Lucille Ball in Being the Ricardos. House of Gucci is a better movie than Ricardos (which isn’t saying much) and Gaga is a compelling presence in it. Her Patrizia Reggiani Gucci, though played with a cartoonish accent, is the liveliest character on screen (in spite of the desperate scenery chewing from Al Pacino and Jared Leto playing Guccis who, in Sara Gay Forden’s nonfiction book of the same name, are both more nuanced and more sinister). Gaga looks so intently at her fellow actors that she seems as if she’s considering taking a bite out of them, fitting Patrizia’s eventual pivot to homicide.

Lady Gaga is a slender white blond (though she wears brunet wigs in Gucci and is dishwater blond before going bright orange in A Star is Born). She’s more likely to be successful in films than women who are neither, thanks to racism and fatphobia. But even Madonna, the best-selling woman recording artist of all time, whose music career Gaga’s has paralleled (and in at least one instance commandeered), couldn’t make a full transition to movie star. Madonna’s best turns, as the “trampy goddess” (according to New Yorker critic Pauline Kael) in Susan Seidelman’s Desperately Seeking Susan and as some iteration of herself in Alek Keshishian’s documentary Madonna: Truth or Dare, were both made in the early part of her multi-decade career. In her heyday, Madonna was a marketing genius at creating new looks and personas that seemed to anticipate exactly how her audience would like to see her next, but some derided her ability to act in films, as if male movie stars of that era showed more range than she did, or had already proven themselves—as she had—as incredibly popular figures before appearing in any mainstream film. Like Madonna, Gaga has done her best acting off the movie set, as when she and Bradley Cooper sang “Shallow” at the Oscars. They were so convincing as a couple that some viewers speculated they were having an affair (they weren’t).

Madonna is the most famous in a long line of music divas that male film directors have squandered. Grace Jones tried to parlay her own fame as a singer (though she often covered other people’s songs, she always put her own indelible stamp on them) into movie stardom and, well, if directors didn’t know what to do with Madonna, they really didn’t know what to do with Jones. Too cutting-edge to be a typical Bond girl, she played an assassin in 1985’s A View to Kill who, of course, ends up sacrificing herself for Roger Moore’s James Bond. She played Zula, a “bandit warrior,” opposite Arnold Schwarzenegger (though, again, not a love interest) in a Conan the Barbarian sequel and—perhaps worst of all—an over-the-top, sexually aggressive supermodel named Strangé in the 1992 Eddie Murphy vehicle Boomerang. Directed by Reginald Hudlin, the movie proved that it wasn’t just white directors who typecast Jones as a parody of herself. Jones’s look, onstage persona, and even the lyrics to her songs were already exaggerated, as photos and videos (which didn’t always succeed in subverting the racist tropes they touched on) attest, so any attempted parody falls flat. You can’t parody someone who is already a consciously created caricature! On talk shows at that time, she was a charming, sexy chatterbox who made the other guests (and hosts) look hopelessly outdated and tired, especially to 21st-century eyes, but no director ever saw her as a protagonist or romantic lead (in her film roles she did more grunting than talking). She was usually either a monster or a misfit in their films. Her best role, like Madonna’s, was herself. The backstage documentary, Sophie Fiennes’s Grace Jones: Bloodlight and Bami (2017), shows Jones, still elegant and enigmatic in her 60s, radiant with delight as she turns up the volume of rhythm section from Sly Dunbar and the late Robbie Shakespeare (the legendary reggae duo who created the signature sound of her best records) on her latest single.

Janelle Monáe seemed poised to make the leap from pop star to serious actor that eluded Jones when she more than held her own playing opposite Oscar winners Mahershala Ali and Octavia Spencer in Moonlight and Hidden Figures, respectively (both from 2016). But in 2020, she starred in the much reviled Antebellum, showing again that not only white men can misuse great Black women pop stars in their movies (the film’s cowriter and codirector, Gerard Bush, is Black). Homophobia may have also played a role in the recent crash and burn of her film career. Lady Gaga is bisexual, Monáe identifies as pansexual, but there’s a world of difference between Monáe telling Rolling Stone she’s a “free-ass motherfucker” and Gaga telling Barbara Walters she’s never been in love with a woman.

Those of us who love movies keep hoping more of them will be directed by and written by people who aren’t men, perhaps some who have already proven their ability to create (or collaborate in creating) arresting images on camera, someone like … Lady Gaga.

Monáe’s career trajectory shows why Beyoncé seems to have abandoned the mainstream films she appeared in, including an Austin Powers sequel and the Diana Ross role in Dreamgirls, for her own richly imagined (and incredibly popular) visual albums. One of her last roles in someone else’s movie was as a wronged wife in Obsessed, which has a 19 percent approval rating on Rotten Tomatoes (her videos are directed by other people, including white men, but she hires them, not the other way around). With its catfights and crummy feeling of dread, it couldn’t be more different from her own cathartic take on life after finding out about a cheating spouse in “Hold Up,” in which she famously used a baseball bat to smash car windows while wearing a fabulous yellow dress.

But hardly anyone has the means or staying power of Beyoncé, which makes Gaga’s turn to mainstream film roles understandable, if a little depressing. Those of us who love movies keep hoping more of them will be directed by and written by people who aren’t men, perhaps some who have already proven their ability to create (or collaborate in creating) arresting images on camera, someone like … Lady Gaga. But the near-relentless stereotyping of women in mainstream films sometimes has a strange effect on actresses turned filmmakers. Madonna, after being in movies and roles unworthy of her for decades, became a director herself, but somehow the films she’s made so far have been stuffy and old-fashioned (one is a period piece in which the costumes received more praise than any other part of the film). They’re the antithesis of what made her a star. But Gaga already seems to have learned from studying her main role model’s mistakes. At the peak of her movie career, Madonna dated Warren Beatty, her director and costar in Dick Tracy, instead of—like Gaga and Cooper—just pretending.

Read this Next: How “House of Gucci” Tries to Rehabilitate Patrizia Reggiani 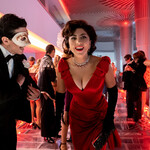 by Vanessa Willoughby
This story is not about the downfall of magnificent men, it’s about the tragedy of a woman who flew too close to the sun. 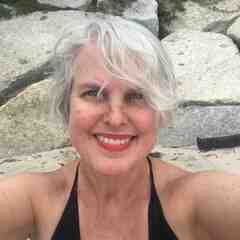