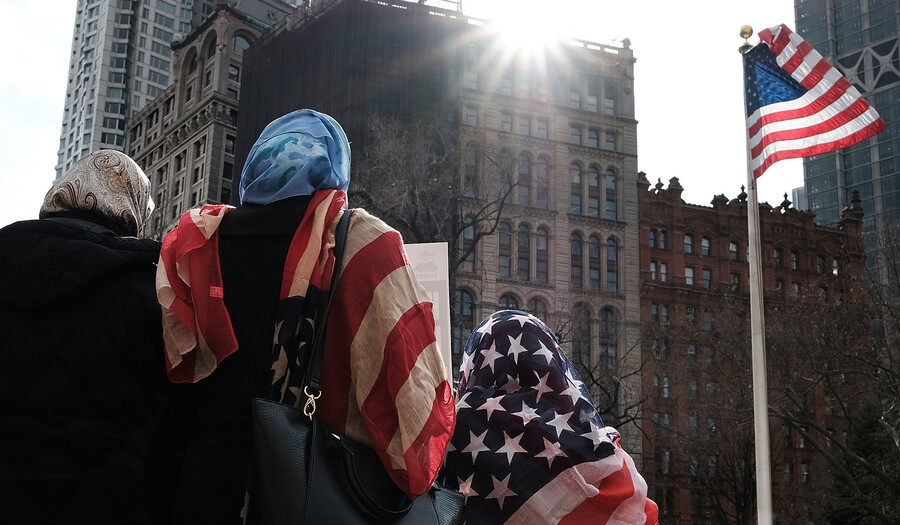 Suspicious looks. Verbal harassment. Unshakeable fear. Following the tragedy of the 9/11 attacks, Muslims worldwide faced heightened Islamophobia as their community bore the burden of the aftermath. For the 20th anniversary, I asked four Muslim women to share their experiences raising children, growing up, and maintaining their faith in a post-9/11 world.

The morning of the 9/11 attacks began like any other day for Incia Khalid. She and her sister got up, their mother made them breakfast and packed their lunches, and they got on the bus to go to school.

When the news of the attack broke, Khalid remembers teachers whispering with the principal. Like many other children at her school, she and her sister were picked up shortly after. “The TV was on, [my mom and uncle] were watching, and I didn’t quite know exactly what was going on. I just knew that it was scary.”

Initially, Khalid said she felt a lot of confusion, and was mostly just picking up on emotions from the adults around her. She adds that her mother did a good job of explaining to her and her sister what happened and why they had been taken out of school. “[She was] trying to protect us in a way, from what she perceived was potential backlash on us as visibly Muslim kids.”

Muslim parents have faced uniquely difficult challenges in the decades since the attacks. Khalid, now a 30-year-old new mom, says raising her son, Fayz, in a world where Islamophobia has morphed into something larger than it was 20 years ago is something that she thinks about “all the time.”

Khalid, who now lives in Toronto, describes a recent van attack that targeted and killed a Muslim family earlier this summer in Ontario. She was pregnant with her son when she learned that the sole survivor of the hate crime was a nine-year-old boy named Fayez.

“It just kind of hit me on another level, it just struck a chord with me. That could have been my kid,” she said. “I think the fact that it happened so close to home makes you realize it could be one of us. And so these are thoughts that come—that crossed my mind every day. When my kid goes to school, what is he going to have to face?”

Fortunately, she says, she and her family are blessed to have a support system of family and friends who already have kids in school. “[We have] a lot of examples to learn from so I’m not necessarily worried about not teaching him. I think I’m more worried about the world.”

This sentiment is similar to what she now realizes her own mom would worry about when she was a child. “She would think twice before she sent us somewhere. She’s like, ‘I’m not worried about you guys. I’m not worried about what you’re gonna do. I’m worried about other people and what they might do to you.’ And I never understood it.”

“Now, as a mom myself, I totally understand it. I’m not worried about him. I can teach him as best as I can. But I worry about other people, you know, and I don’t think that worry ever goes away.”

Three Great Lakes over, Kanzah Rashid was a toddler in Chicago during 9/11. Rashid doesn’t have many memories of the immediate years following the attacks, but she has felt the impacts of it growing up.

In the years since, Rashid says her parents have learned that she will not keep quiet about her opinions. She’s shown them that it’s okay to discuss Islamophobia and 9/11 both in real life and online. “I think they realize that having these discussions about it doesn’t make me any less American. I can have these discussions on things that affect me both as an American, and a Muslim,” she says. “But the social media aspect of it was definitely scary for them. Because it’s one thing to be bullied in person. But it’s [another] thing to add the internet, especially in the era of surveillance and the Patriot Act and things like that. I think that worries them more.”

In 2001, Aisha Asghar had three school-aged children. 9/11 was such a traumatizing day that she was overwhelmed with the responsibility of explaining what happened. “When the news came out with Osama Bin Laden’s name, I also had a son named Osama. Kids at school would tease him, and he was so sensitive. I was so afraid. Even to send the kids to school.”

Though she didn’t wear a hijab, Asghar would often wear her traditional Pakistani clothing—a shalwar kameez and dupatta, or long dress and scarf—which identified her as Muslim. She says her Miami neighborhood had a large Spanish community, and without her Pakistani clothes, it was easier to blend in. “There was a lot of pressure not to take my scarf when I went out, and to wear different clothes.” But even still, Asghar remembers many Sikh people—who often don a long beard and turban—were misidentified as Muslim and attacked. “It was scary,” she remembers.

That fear came up in many instances for Asghar in the following months. Soon after, Asghar made the difficult decision to uproot her family and move from Miami to Toronto, where she had Canadian citizenship. Her brother and in-laws had encouraged her to move away from the rising Islamophobic sentiments in the United States.

On the morning of September 11th, Noha Bashir was at the gym for an early workout. She was a student at the University of Ottawa at the time. As she glanced at the TVs above the exercise machines, she realized they were all showing the same images on a loop: “burning, chaos, and people running,” she recalls. But she hadn’t realized it was happening in real time, just a few hundred miles away.

In the gym changing rooms, Bashir says she remembers other women repeating the words World Trade Center. Though she had family in New York, she had never been to the city, and it wasn’t until these other women explained it that she understood the gravity of the images she saw.

“I remember basically going into a state of panic, getting dressed super, super fast,” she said. Bashir ran to an old rotary phone in the basement of a faculty building to call her family. Had they heard from their in-laws working in New York? They got a hold of one person later that day, and another in the evening, but the rest of the day was a blur, she said.

A visibly Muslim woman, Bashir remembers sitting on the bus ride to school the next day with familiar faces she had seen on the route for years. But this time, with everyone talking about what happened, she felt like the elephant in the room. “I was sitting there and [wanted] really, really badly to say, ‘I have family in New York, we’re worried sick. I’m terrified too. I’m scared too,’ and then I never did. I never opened my mouth and said anything because I was like, what would I even say?

I worry about other people, you know, and I don’t think that worry ever goes away.

As she reflects on her experience two decades later, Bashir says she thinks a lot about how Islamophobia has crept into her life since that day in 2001. “I think one of the ways that this wears you down is in the little insidious ways.” Bashir and her sister had always loved going on long walks, but during one instance in Ottawa—years after the attacks—the two were followed by a man who verbally harassed them, yelling about the women having weapons under their jackets, and threatening to kill them. “We ran back home and went inside. We cut our walk short, but we used to go for like hours and hours of walking, and we’d only been out for 20, 30 minutes? And that was the end of that walk.”

For weeks after, Bashir says she and her sister were afraid to take a walk in their own neighborhood again. “He could be around,” she said. “Do we go? Do we not go? Would he be out there? Let’s look in the same area and start our walk, and check in the same area he was last time and maybe run back home. [That apprehension] kind of just gets in the way.”

Praying in public, going to the beach in modest swimwear—these are all things Bashir says she is used to thinking about. “If I’m going to do one of these things that super stands out, then I’ve always had the equation in my mind of like, okay, there could be fallout from this. There could be some person who finds this uncomfortable and who makes a scene.”

After that same recent van attack in London, Ontario, the fear of simply going out for a walk returned. “It’s such a small thing, the ability to go out for a walk,” says Bashir. Walking kept her sane during the pandemic. “Having [the van attack] happen—it was like, ‘Oh, right.’” The news was a painful reminder that she had to be careful walking, or simply existing in public. “It’s the way [Islamophobia] creeps into things you wouldn’t want to think twice about.”

Despite living through such adversity, many in the community are unsurprised by the shock of such incidents. Bashir describes it as exhausting.

“Even though they’ve happened on and off for years—like those two stories are so far apart—they still just floor you. [They] still just kind of wipe you out sometimes, and you just have to like, sit and take a beat and gather yourself again.”

Read this Next: Jada Pinkett-Smith Isn’t the Villain in Her Entanglement. Nobody Is. 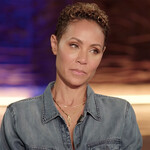 by Gabrielle Smith
Will and Jada’s public relationship has resulted in explosive discourse online.