My 10 Favorite Albums from Female-Fronted Bands in 2015 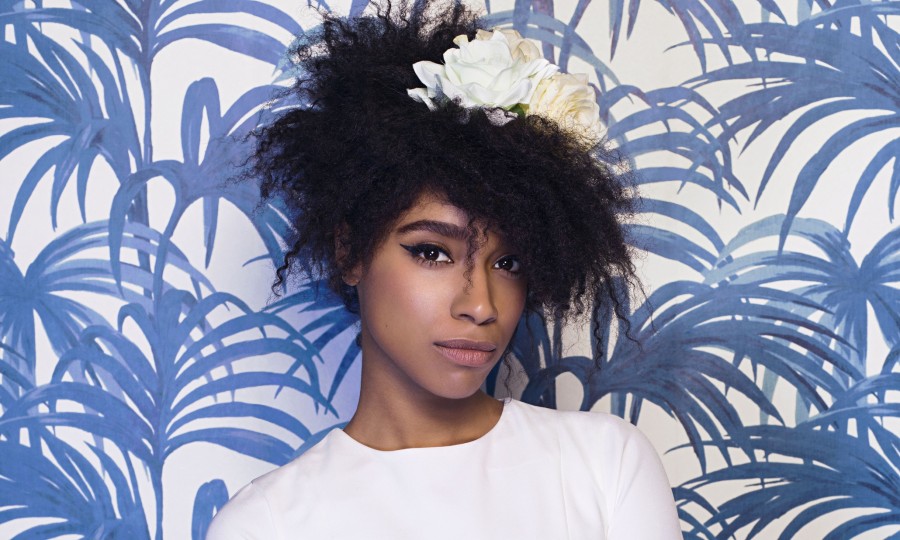 I listen to a LOT of music, so choosing my ten favorite albums this year was tough. After much debate, here are my picks.

Georgia Anne Muldrow's out-of-box 2015 hip hop album, A Thoughtiverse Unmarred, is laid out like a cinematic tale of a woman who started her life as an unruly partier and slowly became enlightened. Released by the Los Angeles label Stones Throw Records, Muldrow has created a unique, theatrically structured album that shares commentary on the prison industrial complex, violence in African-American communities, and the experience of growing into a mature woman. The album is penetrating, thought-provoking, and socially intelligent.

Jessie Jones' debut solo album is a dreamy confessional collection that shares the inner workings of her personal struggle. On the closing track, “Mental Illness,” she opens up about her own history. This folk-inspired indie pop album melts in your ears. Jones' melodies are complex, her lyrics are fearless, and she delivers them softly. Her voice has a fluttering yet decisive tone. Jones is a strong singer-songwriter formerly of the bands Feeding People and Death Valley Girls, whose sounds are very different than Jones' solo work. Her almost confrontational lyrical style makes her statements much stronger than they sounded when she sang with other bands.

Escape from Evil is probably one of the most beautiful albums you'll ever hear in your life. Not only is singer Jana Hunter's voice mind-blowingly beautiful, but the band has this classy and classic shoegaze vibe. The album's second track, “Ondine,” is so simple and moving that it takes your breath away. Lyrics like “I will treat you better, hold on” make me want to live in the moody, thickly layered rock compositions of this album all day long.

British artist FKA twigs puts a polish and spit shine on modern R&B pop and trip hop. Her 2015 release, M3LL155X, takes the sensual style of bands like Portishead and morphs it into an off-putting and intriguing album that draws you in with its first note. Her work is a futuristic, post-modern ode to electro-experimental pop music.

Bjork is simply a staple of 20th- and 21st-century contemporary music. Her 2015 release, Vulnicura, is pretty much flawless, in my humble opinion. She's an otherworldy, whimsical artist who has perfected her own artistic vision. Vulnicura feels like it’s made for daydreamers with vivid imaginations. This album is for dreamers and artists who appreciate its sensuous orchestral tones, complex percussion beats, and Bjork's emotionally open lyrical meanderings.

The legendary post-punk, goth rock band Siouxsie and the Banshees released this live album in November. Live in Cologne is raw and harbors no frills. You can hear the band open with their hit “Israel” and perform their entire live set from a 1981 concert in Cologne, Germany. This is for the true Siouxsie fans who aren't just looking for nostalgia, but a genuine live performance. Often, when bands release a live album, it can feel overextended, with bands piling on special editions that don’t actually give you anything special. But Live in Cologne gives a satisfying, well mastered performance that feels like a time machine back to that night in 1981.

Susanne Sundfor's Ten Love Songs is an aggressively potent collection of eclectic love songs. The album's hit, “Fade Away,” is a thrilling electro-pop track that is inspiringly sexy and well produced. Sundfor was fearless with this album and didn't shy away from exploring and mixing elements of EDM, pop, and gospel hymns to make Ten Love Songs super interesting and full of surprises. And of course, Sundfor’s voice is gorgeous throughout the entire album!

The queen of queens! Neo-soul artist Jill Scott hit number one on the Billboard charts this year with her album, Woman. The album draws from gospel and southern soul pop music as well as her signature smooth urban soul sound. The traditional tones don't overshadow Scott's ability to make versatile and modern tracks, like “Lighthouse,” which melds and flows with ease and class. Woman is a powerful title for an album, and Scott is an example of a great female artist who owns her career’s longevity with refreshing musical consistency.

More widely known in European countries, Lianne La Havas' 2015 release, Blood, is a moody, powerful alternative soul album. Her mature, raspy vocals don’t let on that this songstress is only 26 years old. It's clear she has a bright future, and she's got star power potential like a young Aretha Franklin. Blood makes a confident R&B effort, and there's an endearing and touching energy to this album.

1) Erykah Badu - But You Caint Use My Phone

My obsession of 2015: Erykah Badu's surprise Thanksgiving mixtape, But You Caint Use My Phone. This collection of songs produced by newcomer Zach Witness is everything. On this telephone-themed album, Badu sounds like she breathed new life into her creative flow. It includes a remixed version of Drake's mega hit “Hotline Bling,” a homage to the 1984 New Edition song “Mr. Telephone Man,” and a collaboration with her ex-partner and the father of her son, Andre 3000, on the final track of the album, entitled “Hello.” But You Caint Use My Phone is brilliant, futuristic, and incredibly fun. Thanks for the excellent surprise, Erykah!