My Absolute MisogynyMale Authors Are Still Profiting From Women’s Pain 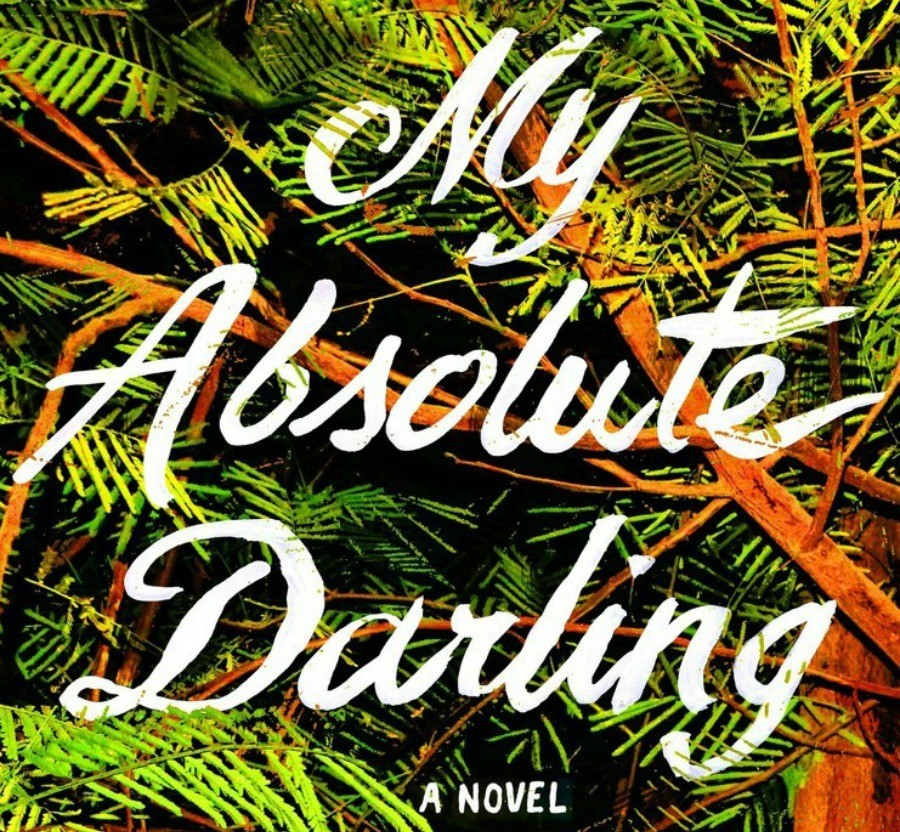 Spoilers for My Absolute Darling by Gabriel Tallent below:

My Absolute Darling desperately wants to be the next great American novel. It’s decked out in all the hallmarks of high concept literary fiction—lots of laboriously flowery sentences endlessly strewn with adjectives, long periods of time during which nothing happens, and a grimdark aesthetic set in northern California. Told in a close third narrative style, the story revolves around Turtle, a young woman who has grown up more or less alone with her sexually abusive father, Martin. When she comes of age and realizes that something is deeply wrong with her life, Martin disappears and returns with Cayenne, a 10-year-old girl who he’s grooming as her replacement. Turtle hits her tipping point when he rapes Cayenne, and she seeks refuge at the house of Jacob, a convenient authorial insertion who pops up periodically as a wholesome, aspirational example of masculinity. When her father stalks her there, she kills him.

Reviewers described the novel as “unflinching,” “cathartic,” “not exploitative,” and a “masterpiece.” Of course, having a mother who’s a famous Stanford professor and writer probably greased the skids for the reception of Gabriel Tallent’s debut novel. Books like these somehow manage to achieve a critical mass that critics dare not disagree with. Stephen King says it is good, ergo it must be good, and if you have a differing opinion, you clearly don’t understand the author’s work (though Roxane Gay wrote a sharp indictment.) 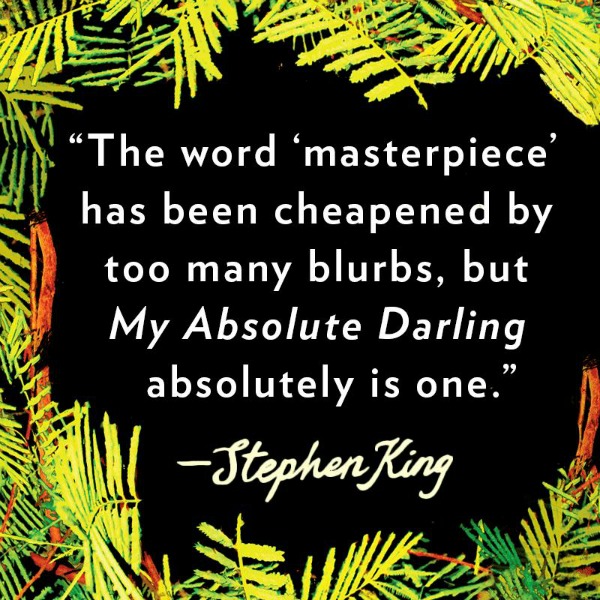 But My Absolute Darling fails on several levels: It is a poorly crafted novel with overwrought prose and an overeager attempt to demonstrate that Tallent has done his research, particularly with respect to guns. Excessively ornate descriptions of loading, cleaning, shooting, looking at, listening to, thinking about, and handling guns litter the narrative. Turtle and her father are rarely found without at least one in their presence, an exaggerated mockery of gun culture that is evidently supposed to impress readers with its grittiness and meticulous detail. Like many new authors, Tallent mistakes showing his homework for evidence of literary superiority. The heavy reliance on purple prose also leads to truly bizarre metaphors, à la: “She raises her head and ropes of muscle stand out from her mons pubis to her sternum like a bread loaf.”

But on a more fundamental level, the book fails to accomplish its author’s intention, one we’re familiar with thanks to a fawning interview in The Guardian, in which Tallent said: “We need more books like this, about survivors and abuse.” Tallent, like so many men before him, is apparently unaware of the huge body of literature by women who’ve survived incest and child sexual assault. Instead, he appropriates the most intimate and violating parts of women’s lives in a quest for critical acclaim. The use of sexual violence against women for shock value and literary awards is nothing new, but that doesn’t make it less repulsive.

My Absolute Darling indulges, at length, in a particularly masculine form of storytelling, in which extremely detailed and graphic violence is taken as edgy and bold, rather than pornographic. The scenes of incest in the book are described in a highly sexualized way that Tallent attempts to make erotically charged, though the peculiar obsession with “spunk” is rather off-putting. The book fails to make the reader feel Turtle’s sense of conflict as she’s repeatedly raped by her father while at times feeling actively drawn to him; instead, the scenes serve only to violate both Turtle and the reader. 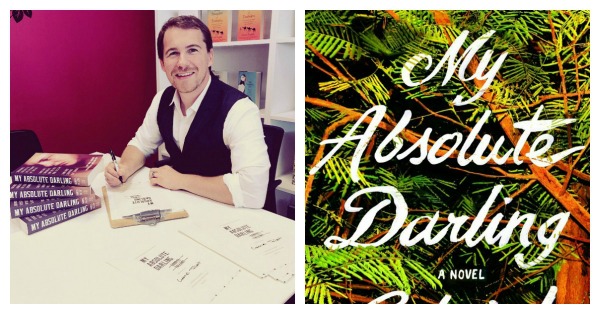 This ostensible journey of victim to survivor is lasciviously presented, and perhaps inevitably, it is the men around Turtle who seem to drive her into awareness and action. Tallent told NPR that meeting Jacob, the boy who introduces Turtle to the wider world, was “transformative,” as though she was incapable of exerting her autonomy before, while her grandfather’s misgivings about her parental relationship made Turtle question her assumptions about her father. Martin and Jacob are more fully realized than Turtle, who mostly seems to exist as a “pussy,” “cunt,” or sometimes just a “bitch.” The narrator—and by extension, Tallent—seems obsessed with her genitals, save for a stilted, awkward description of Turtle designed to impress readers with her sense of self-hatred, making much of her apparently ugly facial structure and mysteriously “wide but slender” hips.

There is something deeply, chillingly misogynistic about the book’s treatment of Turtle herself and sweeping classifications of women as sluts, bitches, cunts, and whores. It feels more like masturbatory fodder in both the intellectual and literal sense, rather than a narrative of a young woman in a terrible situation who exercises ingenuity and internal strength to escape it. Her resourcefulness and self-reliance are also played up—Turtle eats raw eggs and thistles and cleans guns, not like those other girls who wear dresses and have weak, soft exteriors.

Turtle becomes an avatar—naive and world-weary—for a dreamlike fantasy of what living through horrific violence might feel like, rather than a wholly realized person. It is sometimes unclear whether readers are supposed to feel revulsion, pity, intrigue, or even sexual attraction for her. Tallent told Guardian interviewer Paul Laity that he started the book as an environmental parable and only later focused on Turtle, and it shows. There’s a long tradition of drawing clunky, sexist metaphors between women’s bodies and the Earth, particularly among “progressive” men who think they’re being original by referring to environmental destruction as “rape.” Woman’s body standing in for Mother Gaia and vice versa is a particularly sexist, objectifying, and colonialist form of storytelling, in which the Earth (or a woman) is defined by her relationship to men and relative state of despoilment.

It also raises larger questions, as a man attempts to use a tale of graphic sexual violence—and the added taboo of incest—to jumpstart a career that likely would have been supercharged already thanks to his family connections and the fact that he’s a man. The notion that men like Tallent are doing women a favor by telling their stories for them ignores the fact that they usually tell these stories badly, and that their voices suck all the oxygen from the room, making it impossible for victims and survivors to be heard. 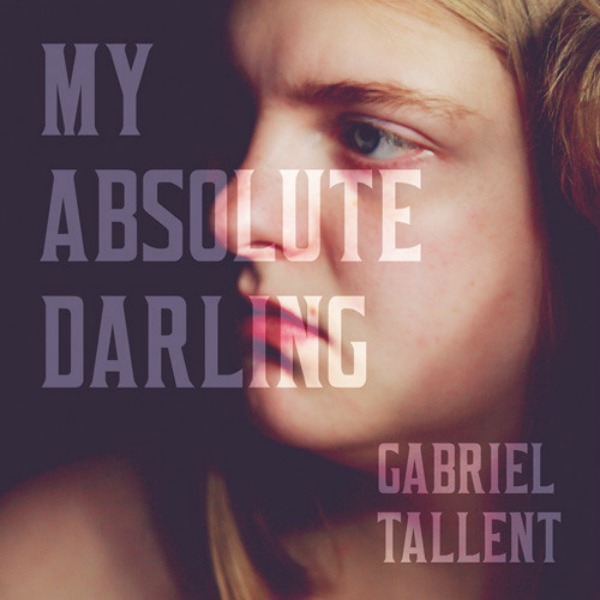 It’s telling that Tallent describes Martin as “visionary” in his Guardian feature, that he can write a narrative of explicit sexual violence and still view the perpetrator as “tender.” Even as responsible adults in Turtle’s life start to identify a problem, readers are still supposed to admire Martin—sure he’s a rapist, a kidnapper, and a child molester, but gosh, he sure is loving. Coopting survivors’ stories in a game of “who flinches first” is nothing new, but these are real people, and real places; seeing the stories of dark, horrific sexual violence that run underneath small town exteriors twisted in a self-congratulatory exercise is deeply disturbing.

In The San Francisco Chronicle, reviewer Caroline Leavitt complained that Cayenne’s kidnapping and rape turn Martin into a “garden variety pedophile,” thus marring her enjoyment of the novel. What was Martin, a man who creeps into Turtle’s room at night to rape her and forces his daughter to do pull-ups by holding a knife to her crotch and threatening her with impalement, before? A loving father? Using scenes of escalating brutality and grotesquerie may be a popular literary device, but it serves, in a warped and tormented way, to glorify this violence. Books like this become “must reads,” even for people who find them extremely traumatic, while the amazing women exploring themes of child sexual assault, molestation, incest, and sexual violence are pushed to the sidelines.

My Absolute Darling is a compelling exercise in “just because you can doesn’t mean you should.” 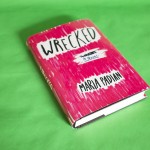