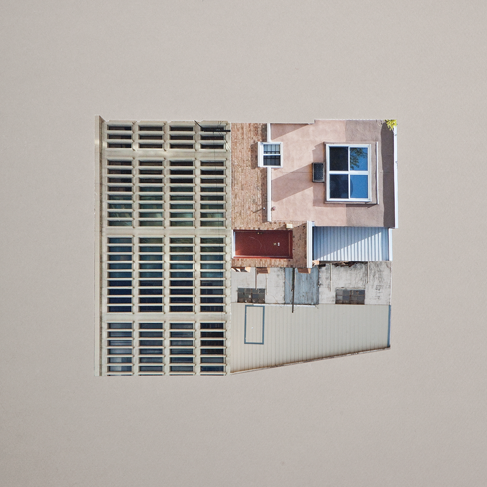 Picture yourself in an unfamiliar city. You have no access to directional signage, and public transportation is closed for repairs. For travelers with disabilities, these navigational barriers exist whether they’re vacationing someplace new or just trying to get to work. Architectural restrictions aren’t merely inconveniences: They’re physical markers of a built environment that has historically contributed to the marginalization of people with disabilities.

While the United States is considered a leader in accessibility because of the 1990 Americans with Disabilities Act (ADA), up until the 1970s there were still ordinances, or “ugly laws,” in effect in major U.S. cities that displaced homeless and low-income disabled citizens by fining them for appearing “unsightly” in public spaces. This legacy of discrimination still manifests in architectural barriers today, though many cities are using a combination of design, technology, and activism to shift ableist attitudes and create more inclusive public spaces.

Aimi Hamraie, assistant professor of Medicine, Health, and Society at Vanderbilt University, is leading a research project called Enlivened City: public bodies, healthy spaces, livable worlds, which looks at the intersections of urban design focused on livability, healthy places, and inclusion. She’s noted several accessible design interventions in Nashville, such as new diagonal crosswalks and the Cumberland River pedestrian bridge that is accessible by a switchback ramp. But design measures that integrate accessibility into the built environment might never have existed had the ugly laws remained on the books. Hamraie explains that “these laws were a key strategy for separating disabled and nondisabled people in the eugenics era, and those ideologies were often tethered to architecture through modernist standards of ‘good design.’”

In the context of travel, Hamraie says ableism is perpetuated by the airline industry’s aggressive push for economic efficiency. By continuing to reduce seat sizes, legroom, and aisle widths, airlines discriminate against people of above-average size and passengers who use mobility devices. For many people with disabilities, the greatest barrier to travel begins at the airport, from sensory overload in the terminal and invasive pat-downs at security lines to the possibility that their wheelchairs or essential medical equipment will end up broken due to mishandling. Photographer Maayan Ziv uses a power wheelchair and often travels internationally for work. She says, “I encounter ableism from the airline industry either because I have to repeatedly justify the need for accommodation [fielding questions such as ‘Are you sure you can’t walk?’] or because I’ll lose my independence if my wheelchair gets damaged in the cargo hold.”

Vilissa Thompson, a social worker and wheelchair user from South Carolina, has also encountered travel barriers, often stemming from structural features of cities that most tourists might categorize as part of their “historic charm.” While visiting Charleston, for example, the uneven sidewalks, cobblestone streets, and antebellum architecture make it nearly impossible to navigate a manual wheelchair without assistance.

Both Thompson and Ziv agree that cities and companies should approach accessibility as a valid customer-service issue that—if properly addressed—would actually benefit their clientele and generate return business. “Disabled people make up nearly 20 percent of the global population,” says Thompson. “If we can’t access your establishment, you’re just losing out on money from a large consumer demographic.”

In Toronto, Ziv designed an app called AccessNow that maps and rates restaurants, bars, and other public spaces worldwide based on accessibility features. AccessNow uses crowdsourced data, so the more people who download and contribute to it, the more useful it becomes. Ziv says that Canada is one of the few industrialized countries that doesn’t have national legislation like the ADA, so disability-rights activists have instead worked collaboratively with businesses and local leaders to create a more inclusive cityscape. “The Canadian government is working right now to pass the first accessibility legislation, the Canadians with Disabilities Act,” Ziv explains. “We’re really in the middle of making history.”

Thompson also works to educate both the public and political figures about issues affecting the disability community, especially disabled women of color. She founded Ramp Your Voice!, a self-advocacy and empowerment organization that offers online resources such as “The Black Disabled Woman Syllabus,” an essential reading list on intersectionality relating specifically to the experience of disabled women of color. “It’s important to recognize that being disabled means you might hold multiple marginalized identities that impact the opportunities and obstacles you encounter while traveling abroad or just in your daily life at home,” Thompson says.

Digital resources like Ramp Your Voice! and AccessNow not only use technology to empower disabled communities and activists, but also add to the growing number of small businesses, nonprofits, and startups that are working to make the built environment more accessible. Airbnb recently purchased Accomable, an online platform that lists barrier-free vacation rentals like the MICs Sant Jordi in Barcelona. The hotel offers 32 purpose-built suites for guests with mobility devices that include widened doorways, roll-in showers, and kitchenettes with lowered countertops.

“We’re really in the middle of making history.”

Still, architectural barriers remain widespread around the world due to the absence of enforced equal-access legislation. Russia’s volatile post-Soviet restructuring period compounded this problem by significantly delaying the building of any new housing that might have included accessibility standards. But there are exceptions, such as the remote Eastern Siberian city of Ulan-Ude, which has maintained an active disability-rights community since the early 1980s. Cassandra Hartblay, a cultural anthropologist and postdoctoral associate at Yale, explains that the Ulan-Ude city council partnered with one of the major national cell-phone companies to fund the installation of ramps in many public spaces downtown.

Some Russian cultural institutions are also slowly becoming more accessible: The Hermitage Museum in St. Petersburg has added new ramps and elevators to accommodate the palace’s many stairs. There are also multilingual guided audio tours available that benefit not only the Hermitage’s international visitors, but also guests with vision impairments. Moscow’s Garage Museum of Contemporary Art has set a new precedent for accessibility standards in exhibition design throughout Russia and abroad: In addition to providing free admission to disabled visitors and their personal caregivers, the museum is fully equipped with accessible bathrooms, elevators, and extra seating. The museum also provides Russian sign-language videos for interpreting texts, scale models of sculptures for tactile engagement with the artwork, and a quiet room where neurodiverse visitors can avoid sensory overload.

Hartblay notes that the public- transit systems in major cities like St. Petersburg or Moscow share the same outdated-infrastructure problems as those in the United States. Ask any disabled New Yorker and they’ll tell you that the elevators in the subway system are more consistently out of order than they are in service. The main difference between Russia and the United States is that Americans have successfully used litigation to enforce the accessibility standards set in place by the ADA.

However, in February 2018, the U.S. House of Representatives passed the ADA Education and Reform Act of 2017, which allows businesses to delay ADA compliance penalty-free. On a policy level, this decision weakens one of America’s landmark pieces of civil-rights legislation. Hamraie emphasizes that this reversal is a reminder to think about the power that normalized eugenic ideologies still have—and to challenge a cultural narrative that denies a significant portion of its population the access and freedom that so many others take for granted.

About the Art: The Devotion Issue

“Crip Camp” Brings Visibility to the History of Disabled Activists

Margaret Andersen is a freelance journalist based in Los Angeles. She has contributed to Wired, Gusher magazine, and AIGA’s Eye on Design, among others. She likes visiting mirror mazes, petting dogs, and watching pretty much any movie that includes a training montage.”