The NavigatorHurray for the Riff Raff 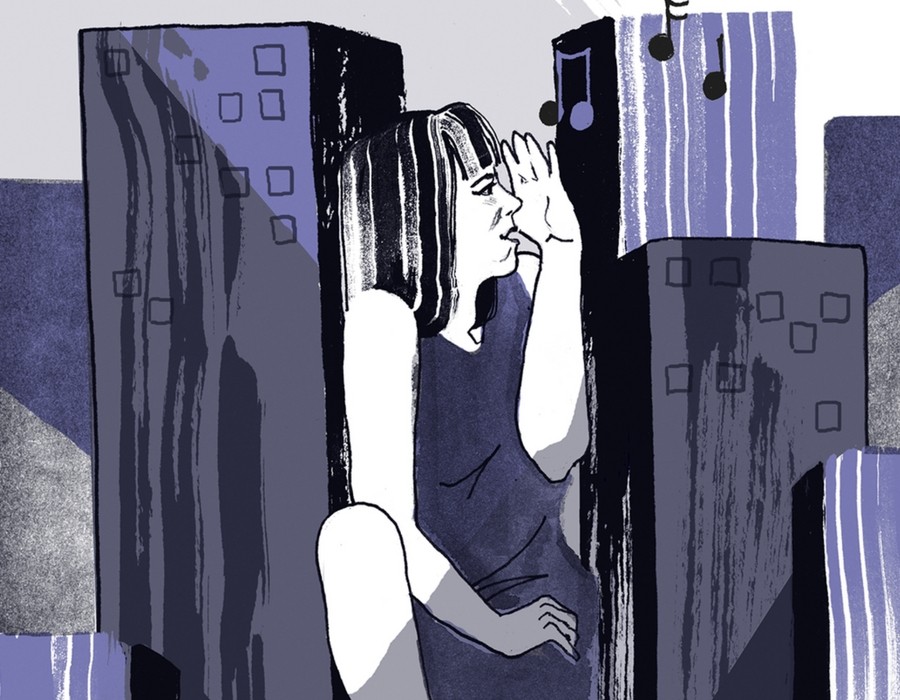 Hurray for the Riff Raff’s new record, The Navigator, arrives ready to take its place in the American protest-folk canon, as it reshapes the genre around the nation’s changing demographics. On this ambitious new work, a meditation on displacement and fighting back, Alynda Lee Segarra tackles colonization, gentrification, and the co-optation of the cultures most deeply affected by those forces. The album is urgent—medicine for the ailing soul and a call to action; a look back at Latinx ancestors who shaped resistance movements; and a beckoning toward the future.

The Navigator’s narrative arc tells the story of a street kid named Navita. Living in a city on fire, harsh and inhospitable, Navita searches for her voice, her purpose, and herself. Inspired by Segarra’s own journey train-hopping from the South Bronx to the downtown punk scene all the way to New Orleans, this is the story of a girl who refuses to be beat down.

Initially melancholy, the album opens with a few straightforward folk songs that display Segarra’s ear for Americana and contemplate the kind of resiliency found through heartbreak. “Living in the City” is a prime example, describing the cruelty of an unforgiving urban landscape, one far removed—structurally, if not geographically—from the wealth and glamour usually associated with urban centers such as Segarra’s own New York City.

The chronic inability to meet basic needs in the face of such wealth—and the various ways that people numb this particular pain—can be enough to make one’s life feel small, insignificant, and lonely.

These are the themes of the first half of Navita’s story. Slow, twanging tunes pondering addiction, sadness, and loss—and reckoning with the fickle, cruel nature of life—make way for determined, confident rock. As our heroine finds her voice, so too does Segarra. The second half of the album is made up of songs as deeply moving as they are sonically innovative. The title track is a soaring, emotional number that sounds like the beautiful love child of a spaghetti western score and a classic bolero, with dramatic strings and Afro-Caribbean percussion. The track asks the question that peoples most affected by colonization have been asking since 1492: “Where will all my people go?” This marks the turning point of the album; the moment when the conditions of strife and hardship laid out in the beginning of Navita’s story turn into a righteous rage.

Everything comes to a head on “Rican Beach.” Though a fictional place, Rican Beach could just as much be Puerto Rico as it could be the Bronx—Segarra’s home and a place where the Puerto Rican diaspora once landed to escape debilitating conditions of colonization, only to be displaced once more by gentrification. Segarra identifies these conditions as what they are—theft—while at the same time making it clear that subjugation never goes without resistance.

Segarra leans into her Puerto Rican background at a time of extreme economic crisis for the island—a crisis created by vulture fund investors demanding to be paid, knowing that payment comes at the cost of vital social services like public education and health care. These (and other) colonial conditions have created the sense of despair apparent throughout The Navigator, themes Segarra lifts up intentionally. She dedicated this album to the water protectors at Standing Rock and to the people of Peñuelas in Puerto Rico who are protesting the toxic dumping of coal ash by a U.S. corporation.

Segarra doesn’t shy away from despair, but she doesn’t let it define or conclude her message. On “Palante,” maybe the most powerful song on the record, she calls upon historical Puerto Rican compatriots from the Young Lords to Sylvia Rivera to lend strength to the liberation movements becoming ever more necessary in our grim political future.

With a team of contributors including Puerto Rican bomba drummers and doo-wop singers, Segarra continues on her quest to reshape the American folk protest song and demand a place in the folk canon. Latinx are an enormous part of the American project, and as the culture shapes us, we shape it too. These are folk songs for the future. 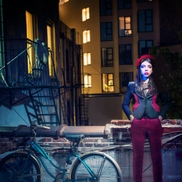 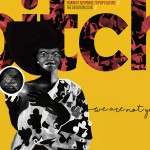