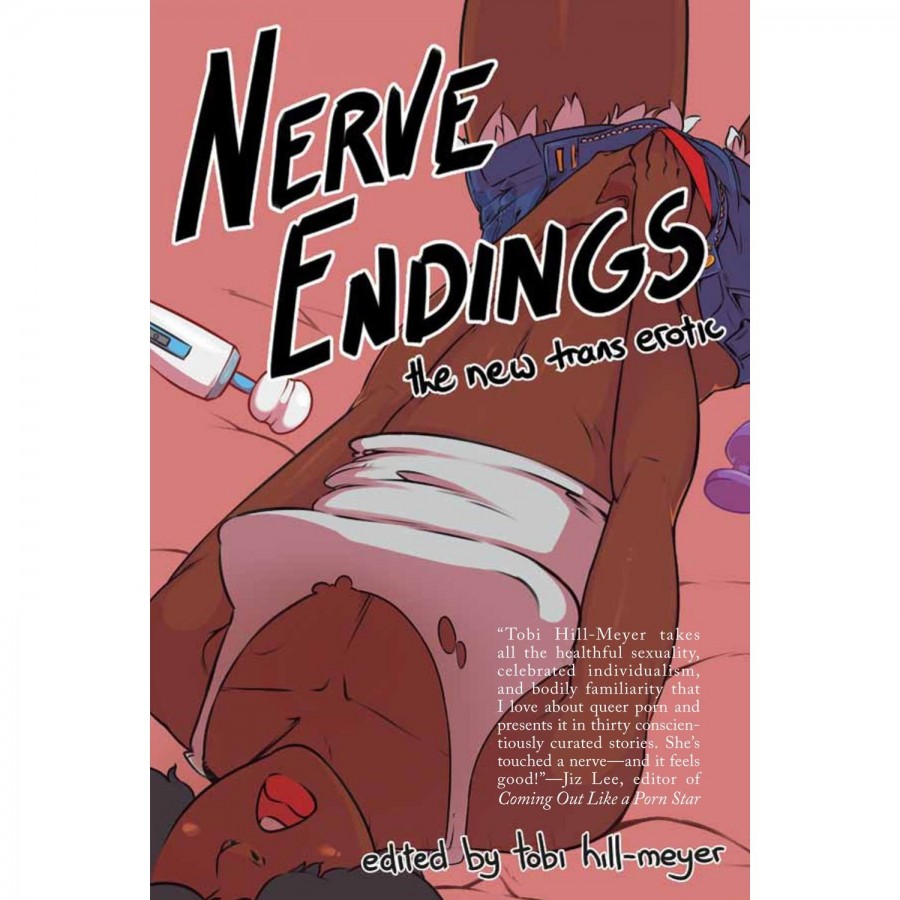 This problem bleeds over into erotica with transgender characters, too. Hot Tub Surprise features “a couple’s tryst with a shemale.” In the story, the main character, a cisgender man, is surprised by a transgender woman’s genitals, causing him to “[look her] over to see if there was…a prominent Adam’s apple or traces of stubble on her chin.” The two characters proceed to have sex, and it’s not great. The scene does not take into account that many transgender women do not and cannot use their genitalia in the same way that cisgender men use theirs. The transgender character’s junk functions much more like a penetrative vessel, something that not every transgender woman likes. Looking through Literotica reveals that of many similar stories under the “shemale” and “tranny” tags, “Hot Tub Surprise” is just one more bad trans porn example.

“Your Average Tuesday” isn’t just hot, though. It feels real. Trans women’s straplesses are described as “junk,” “clits,” and “dicks,” mirroring the way trans women actually talk about their bodies during sex. And alongside the juicy sex scene at the end, the story looks at the interpersonal dynamics in threesomes quite well—Mel realizes she’s the “newcomer” in a sexual experience between the narrator and Anita, but the three grow closer to one another as they make love until sunrise. Nerve Endings is trans erotica in the truest sense of the word: it’s sexually charged fiction that trans people can both pleasure themselves to, and think about late at night afterward.

Nerve Endings isn’t all sex, all the time, either. The anthology’s opening story, Morgan M Page’s “Rental,” is just as much about sex as it is about a transgender abuse survivor reflecting on her sexual history. Traveling on a road trip through the southern U.S. on her way to New Orleans, jumping from motel to motel with her lover, everything feels perfect until reality comes crashing down. Explicit sex is featured, but it becomes the backdrop for a much larger question about why trans people are mistreated by their partners.

Most of the stories in the collection meet some happy medium, where explicit sex is featured, but it doesn’t necessarily overshadow the characters’ stories. Allison Kapitein’s “A Clean Shirt,” for instance, is a steamy romp between a questioning boi exploring their gender identity and an older man in a suit who forces the narrator to call him “Daddy.” While plenty of delicious and explicit sex follows, the characters never feel hollow: Kapitein does an excellent job of exploring the narrator’s blooming gender identity. And Isz Janeway’s “Please Don’t Leave” is one of the crowning jewels in the entire collection. Featuring a trans girl’s anxiety with romantic intimacy on her third date with a really cute cisgender girl, Janeway’s story is not just sexy. Her protagonist feels like a living, breathing trans woman whose fears about love, dating, and sexual performance are all too familiar to any trans woman who has ever experienced nerves on a late night date.

This isn’t necessarily a bad thing. Way too often, erotica avoids addressing trauma’s impact on the trans community, so it’s absolutely important that a trans erotica collection discusses the role that abuse, sexual assault, misogyny, and racism play in trans people’s lives. But for first-time readers, it is impossible to know beforehand whether a story will include these topics or not, which can make Nerve Endings a hard read for someone who simply wants a quick story to enjoy after a long evening.