“365 Days” is another Abuse Story Painted as Romance 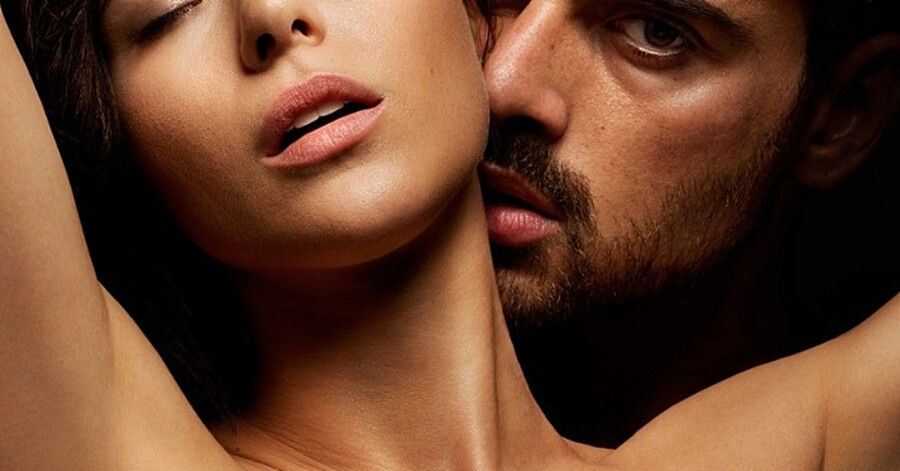 The romance genre has been dominated by dominant men for years. Film and television have actively entwined problematic representations of BDSM with media marketed to young women, sparking, for some, an insatiable lust for problematic people. After Stephenie Meyer’s bestselling Twilight series swept the globe, selling 120 million copies worldwide, audiences were in awe of vampire Edward Cullen’s (portrayed in the films by Robert Pattinson) dominance. The series follows Bella Swan (portrayed in the films by Kristen Stewart) as she tries to win Cullen’s heart, including: chasing him through Italy so he doesn’t kill himself in New Moon, being thrown through a glass table by Cullen in Eclipse, and saying goodbye to her entire family so they could get married in Breaking Dawn. Over the span of five films and four books, women were encouraged to root for a love story that required Swan to give up her family, friends, and literal life in order to end up with Cullen.

As the last Breaking Dawn movie hit theaters in 2012, another literary tidal wave took was the world by storm. Fifty Shades of Grey, which originated as Twilight fanfiction, shifted our desire from a sparkling boy in a meadow to an entitled, rich man in an office; it eventually became the bestselling book of the decade and was followed by a bad, but financially successful, film series. Recent college graduate Anastasia Steele (portrayed in the films by Dakota Johnson) and young entrepreneur Christian Grey (portrayed in the films by Jamie Dornan) engage in a steamy love affair after she interviews him for her college newspaper. The abusive relationship unfolds as dictated by a contract that centers Grey’s dominance and strips Steele of her rights—an act many in the BDSM community say presents a damaging and unrealistic representation of a dom-sub relationship.

“The problem is that the dynamic of the relationship between dominant Christian and submissive Ana, even allowing for the caveats of it being fictional and somewhat based on the Edward/Bella Twilight romance, is nothing like any relationship I’ve had with a dominant,” Jen Doll wrote in a 2012 article for the Atlantic. “The kind of high-handedness that Christian shows is actually more a sign of a potentially abusive relationship.” “The one thing the Fifty Shades plot has most in common with real-life abuse is its ability to present a psychological con as true love,” Leslie Morgan Steiner wrote in a 2015 article for the Washington Post. “To end relationship violence, all of us—victims, perpetrators, parents, bystanders, lawmakers and moviemakers—have an obligation to destroy the myth that physical or psychological abuse ever plays a legitimate role in romantic or sexual realities.”

Now, more than two years after the release of Fifty Shades Freed, the final film in the trilogy, a film about a man who kidnaps a woman to get her to fall in love with him has become the latest craze. 365 Days (originally 365 DNI in Polish) has been Netflix’s number one film twice now, knocking Spike Lee’s 5 Da Bloods, among other films, out of the top spot. Based on the 2018 novel by Blanka Lipińska, the story follows Sicilian Mafia member Don Massimo Torricelli (Michele Morrone) as he holds Laura Biel (Anna-Maria Sieklucka) prisoner, giving her one year (hence the 365 days) to fall in love with him before he’ll set her free. Despite having a 0 percent rating on Rotten Tomatoes, the cast has confirmed there will be a sequel, largely because of the online response. Memes, tweets, and TikToks have flooded the internet in the days since the film’s release. Though some trends are fun, capitalizing on Torricelli’s repetitious use of the phrase “Are you lost, baby girl?” (which he regularly says to his prisoner), others are darker, showcasing young women with bruises and implying that they’re the result of rough sex.

On TikTok, the glorification of abuse is thriving, and 365 Days is to blame. While there’s an abundance of controversy and criticism surrounding the film—both regarding the romanticization of rape culture and the way it encourages Stockholm syndrome—most of the response from teen girls has been positive, mimicking that same lust-driven fantasy sparked by Twilight. I’ve seen an onslaught of TikTok users dreaming up kidnapping fantasies and showcasing pain as a source of enjoyment, rather than a symbol of something deeply wrong. TikTok has a younger audience base: 41 percent of its users are between the ages of 16 and 24, and women reportedly outnumber men by a ratio of 2:1. Given how impressionable young women are, many are concerned about the type of relationship this movie introduces to their young minds.

Fantasy porn is marketed to women along with the message that nonconsensual relationships are romantic and desirable. In her 2013 dissertation titled “Media, Objectification and Sexual Assault,” Devone Scala writes that “Media’s constant reminder of rape culture is all around us, becoming a normalized part of our society.” Growing up alongside a binary understanding of masculinity as control, negative stereotypes perpetuated on both sides the idea of sexuality as submission through power. I studied my role in sex through the little representation women had on television, watching as they catered to men’s problems either physically or emotionally. What time we have lost is now being made up in female-led shows compromising 44 percent of prime television today, but uncoupling ourselves from these damaging stereotypes as an adult is impossible, and oftentimes triggering, especially as media saturated by men tying women to a bed as they get a blow job continues to thrive.

Women have been trained to think they can fix any emotionally stunted man who relies on them alone for comfort and that this will ultimately lead to true love.

Every generation has their own onscreen icon who embodies toxic masculinity upon which they can project their fantasies; these icons perpetuate the idea that masculinity is control, and femininity is submission. The trope transcends both genre and time, dating as far back as Tennessee Williams’s 1947 play Streetcar Named Desire. In the adapted film, Stanley (Marlon Brando) forces himself on Blanche (Vivien Leigh). We see a similar setup in 1978’s Grease—Danny (John Travolta) gaslights Sandy (Olivia Newton-John)—and even in Disney classics like 1991’s Beauty and the Beast, in which Belle (Paige O’Hara) falls in love with the man who locks her in a tower. From Cullen to Torricelli, the buildup to violence, like in many abusive relationships, has been slow and steady in mainstream media. Women have been trained to think they can fix any emotionally stunted man who relies on them alone for comfort and that this will ultimately lead to true love.

Discourse around Team Edward or Team Jacob pushed millennials to accept true love as possessive, manipulative, and rife with jealousy, warping our ideas of love and romance. Mainstream media laid the groundwork for the abusive relationship I entered after high school. I fawned over the way Cullen managed to not kill Swan despite his vampire instincts and learned to hide bruises from friends because in order to receive affection, I had to compromise. I let nonconsensual sex fly for years because Fifty Shades presented it as normal. While I can now detect the red flags, I see another generation looking through rose colored glasses: at Torricelli forcing a flight attendant to give him a blow job while tears are streaming down her face; at Torricelli telling Laura, “Teach me how to be gentle for you,” (a quote that’s been attached to romantic imagery across the internet); and at Torricelli continually and violently grabbing Laura by the neck and pulling her to him, a move that’s long been depicted as acceptable aggression that people should pine for in relationships.

Watching videos of young women on TikTok with their legs covered in bruises makes me want to scream. I see years of angry diary pages brimming with internal conflict, flashbacks of time spent convincing myself submission is consent. I fall asleep some nights and dream of what it would be like to travel back in time, so I could tell myself that while I will not regret growing from ashes, I will hate the fire. I watch history repeat itself as young women translate abuse into relationship goals, dance trends, and TikTok sounds—the only way they know to engage with a repackaged, repurposed, and aggressive version of toxic masculinity that isn’t used to hearing “no.”

Read this Next: Does Kinkphobia Color Criticism of "Fifty Shades of Grey"?

by Catherine Scott
After nearly three years of writing about kink, feminism, and pop culture, I’m so tired of talking about a certain novel that I...