Can “The Baby-Sitters Club” Reboot Hang with Today’s Teen Shows? 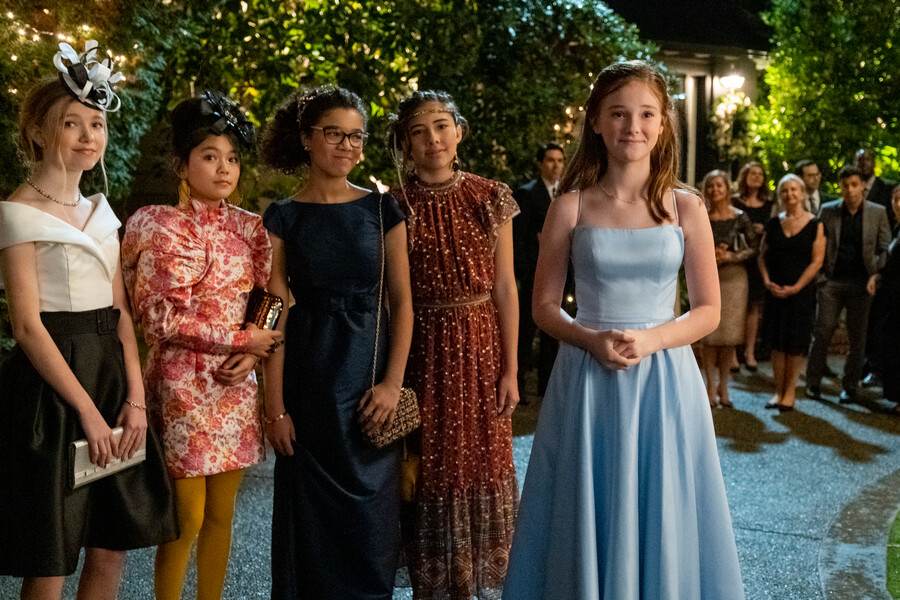 When Netflix announced in early 2019 that it would be adapting Ann M. Martin’s Baby-Sitters Club book franchise into a TV series, I immediately thought, How will a show about the Baby-Sitters Club fit into today’s teen television landscape? The new series follows five girls in middle school who decide to form a neighborhood babysitting service: club president Kristy Thomas, vice president Claudia Kishi, secretary Mary-Anne Spier, treasurer Stacey McGill, and alternate officer Dawn Schafer; later they’re joined by junior officers Mallory Pike and Jessi Ramsey. The popular books that younger Gen-Xers and millennials grew up reading, which spawned a short-lived HBO series that aired in 1990 and a 1995 feature film starring Larisa Oleynik and Rachael Leigh Cook, have an earnest tone deeply reflective of a time before the internet and cell phones.

Our babysitters are simply looking after neighborhood kids and dealing with personal issues, such as Stacey being diagnosed with diabetes, Claudia mourning her grandmother, and Jessi developing an eating disorder. Since the book series ended in 2000, teen shows have become increasingly more risqué. Could a sweet show about babysitters compete with the raciness of modern shows, including 13 Reasons Why, PEN15, and Riverdale? For instance, the British series Skins, which ran from 2007 to 2013, showcased its fair share of sex, nudity, and drug usage. The primary character on HBO’s Euphoria is returning to her small town after overdosing and being sent to rehab—and a single episode of the show featured 30 penises. On The O.C. and Gossip Girl, audiences were offered a peek into how wealthy teens lived (hint: There’s some drug use and some murder). Elite, a current Netflix series set in a prep school, flirts with murder, while 13 Reasons Why centers on a protagonist who dies by suicide.

Hulu’s PEN15 depicts the all-too-familiar cringeworthy moments that accompany self-discovery in middle school, and Sex Education follows a student who appropriates his mother’s sex therapy business to advise his classmates on their sexual concerns. You’re not going to see similar depictions of sex and drug use in The Baby-Sitters Club, but the 10-episode first season manages to straddle the line between being a sweet show for younger audiences and being enjoyable and incisive enough for the adults who grew up with the original series and who might identify more with the parents hiring the sitters than the sitters themselves. The spirit of the books is still present: The Baby-Sitters Club grapples with a number of issues, including racism, chronic illness, and fighting for independence—all concerns that the people who grew up with these books can relate to.

It’s worth noting that The Baby-Sitters Club revolves around 13-year-olds, with preteens Mallory and Jessi clocking in at the ripe old age of 10. But one has only to recall Catherine Hardwicke’s 2003 film Thirteen for illustrations of the fact that 13-year-olds can get into some dicey situations that may not be age appropriate. As teen shows have evolved, they’ve become more intentional about being inclusive. While The O.C. and Gossip Girl were painfully white, mixed-race actress Zendaya stars alongside trans actress Hunter Schafer in Euphoria. The Baby-Sitters Club has also gotten the memo that inclusivity is good for business: Three of the five main characters are girls of color and some of the storylines revolve around racial tension. Biracial teen Mary-Anne (Malia Baker) is struggling with being her widowed father’s only daughter and not having any semblance of a Black feminine presence in her life. Over the course of the season, she finds her way, beginning with ditching her French braid for styles that embrace and celebrate her natural hair.

Flower child Dawn (Xochitl Gomez) is Latinx, and she doesn’t downplay her heritage to fit in. She’s surrounded by strong female role models, including her mother and her witchy aunt. Meanwhile, Claudia (Momona Tamada) retains the same Japanese heritage she had in the book and faces her own share of racism. In the screen adaptation, instead of having one character that girls and women of color can identify with, viewers have a plethora of diverse identities and experiences to relate to. The babysitters are also tasked with caring for younger children of marginalized identities: Stacey’s (Shay Rudolph) favorite client, Charlotte (Naomi Tan), is Asian, while one of Mary-Anne’s charges is a transgender girl in elementary school. The show doesn’t turn this storyline into an after-school PSA; instead, the girl is given the agency to choose her clothing and Mary-Anne admonishes adults for misgendering her.

The Baby-Sitters Club is never going to be Euphoria—both in regards to subject matter and fire Halloween costumes—but it’s a wholesome take on some of the things teens and tweens are dealing with today.

In many ways, this generation of sitters are much more comfortable with different gender expressions and identities than the generation of readers who grew up with Martin’s books might have been, so the show both educates older viewers and signals to younger ones that they will be accepted—no matter how they identify. It’s not just racial and gender diversity that makes The Baby-Sitters Club feel at home on Netflix; other progressive storylines are peppered throughout. Within the first 15 minutes of the pilot episode, Claudia begins working on a sculpture about menstruation and nonchalantly informs her friends that she can’t take a sitting job because she’s attending a nude drawing class. As the group sets up the landline for their business, an “iconic” throwback to the number the original club would book jobs through, they wonder if it’s preferable to use a landline over an app, the latter of which might sell their clients’ personal information to the Russians.

There’s a poignant storyline that includes Claudia tracing a line between her beloved grandmother Mimi’s spending time in a Japanese internment camp as a child and what’s happening at the border now; and the club has to confront capitalism, the gig economy, and the childcare crisis when they come up against a more well-connected group of babysitters called The Baby-Sitters Agency. When the titular club confronts the agency about stealing their idea, like an Etsy artist speaking out against Target, one of the older sitters says they should try supporting women. “When one of us succeeds, we all succeed,” she pouts. I’m not sure that The Baby-Sitters Club was supposed to be a commentary on marketplace feminism, but it’s there for those who care to see it.

This exploration of feminism is echoed in Kristy’s (Sophie Grace) attempt to reconcile her mom (Alicia Silverstone) giving up her independence—and the struggle to parent four kids on a single income—in marrying a rich man. Throughout the series Kristy makes burgeoning connections between the policing of her own tomboyishness and how the patriarchy sets women up to fail. The Baby-Sitters Club name-checks the teen shows and movies it’s indebted to: Gossip Girl, Clueless, Mean Girls, The Hunger Games. There’s even a nod to The Hills when Claudia forgoes art camp at Yale for summer camp with the club. The Baby-Sitters Club is never going to be Euphoria—both in regards to subject matter and fire Halloween costumes—but it’s a wholesome take on some of the things teens and tweens are dealing with today.

Read this Next: Teenage Kicks 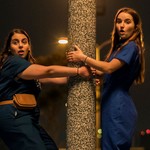 by Aline Dolinh
“Booksmart” devotes itself more to the strange, transcendent kind of intimacy that can develop between teens during a singular night

Scarlett Harris is an Australian culture writer. You can read her previously published work at her website, The Scarlett Woman, and follow her on Twitter @ScarlettEHarris.

The Fragility of Safety

Girl, You'll Be a Cannibal Soon