This “GLOW” Is Better Than Your ShadeBDSM Consent Done Right

“Maybe we should have a safeword,” Ruth (Alison Brie) tells Debbie (Betty Gilpin) as they’re preparing to wrestle for the first time as Zoya the Destroya and Liberty Belle, respectively. “Something we say if it’s like, mission abort?” They collectively decide to use the name of a real estate agent they’ve seen in ads, and before entering the ring, they spend hours agreeing on and practicing a repertoire of moves that will awe the audience without harming each other. 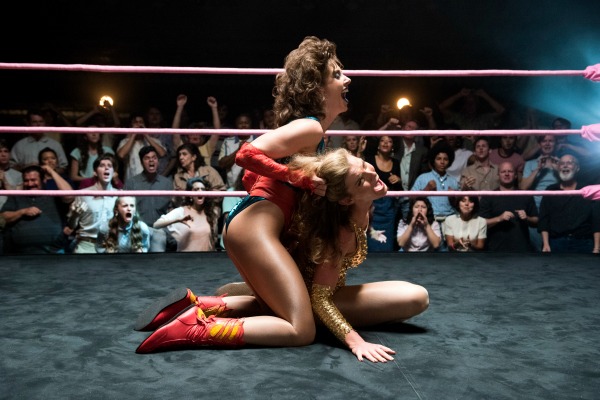 According to the Atlantic, Fifty Shades of Grey “eroticizes sexual violence, but without any of the emotional maturity and communication required to make it safe.” The movie is rife with dramatic sensationalism as a seasoned dom attempts to convince a woman who knows next-to-nothing about kink to be his submissive. At times, GLOW is over-the-top in tone, but it consistently shows the rigorous work that goes into keeping wrestling safe, especially for those who’ve never done it before. Women wrestlers are shown learning and practicing moves, which is the only way they’ll know if a physical act is comfortable for them.

Much of Fifty Shades of Grey, on the other hand, consists of Christian (Jamie Dornan) begging Anastasia (Dakota Johnson) to contractually agree to acts she has never experienced, like flogging. Buzzwords like “negotiate” and “safeword” appear, but largely lose importance once they become shrouded in contradiction, intimidation, and hypocrisy. Just because consent has been visibly established does not mean everything will go off without a hitch. Slaps can land incorrectly, emotional states can shift, and in the case of GLOW, your unfaithful husband could show up mid-match. 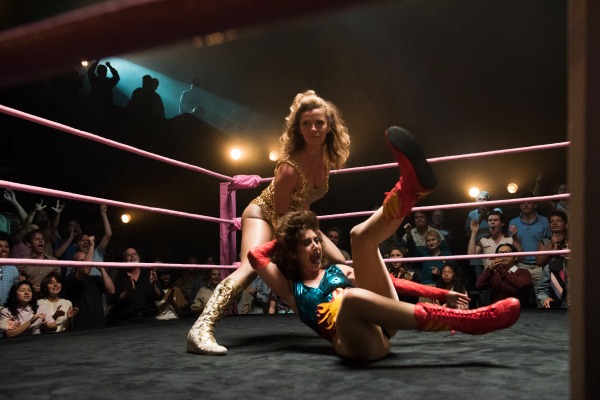 BDSM is not just about the safeword. There are other ways to demonstrate consent and awareness of your partner, like simply checking in. Near the match’s end, Debbie elbows Ruth in the nose, causing her to fall back and bring her hand to her face. The camera pans to Debbie subtly asking Ruth if she’s okay. Ruth peers between the fingers in front of her face and answers affirmatively. Checking in mid-scene is recommended by sex therapist Vanessa Marin in “The Nice Person’s Introduction to Rough Sex.” “They can always use their safeword, but it’s still important for you to keep an eye out for negative reactions,” she writes. “If you’re not sure if their grimace is a good or bad sign, take a moment to ask, ‘How are you doing over there?’” Though they have an audience to please, Ruth and Debbie still demonstrate an acute awareness of each other’s safety. 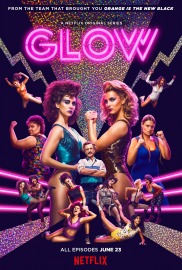 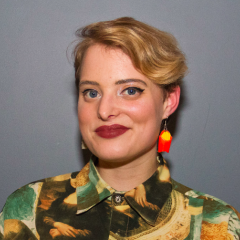 Relevant: Does Kinkphobia Color Criticism of "Fifty Shades of Grey"?

After nearly three years of writing about kink, feminism, and pop culture, I’m so tired of talking about a certain...