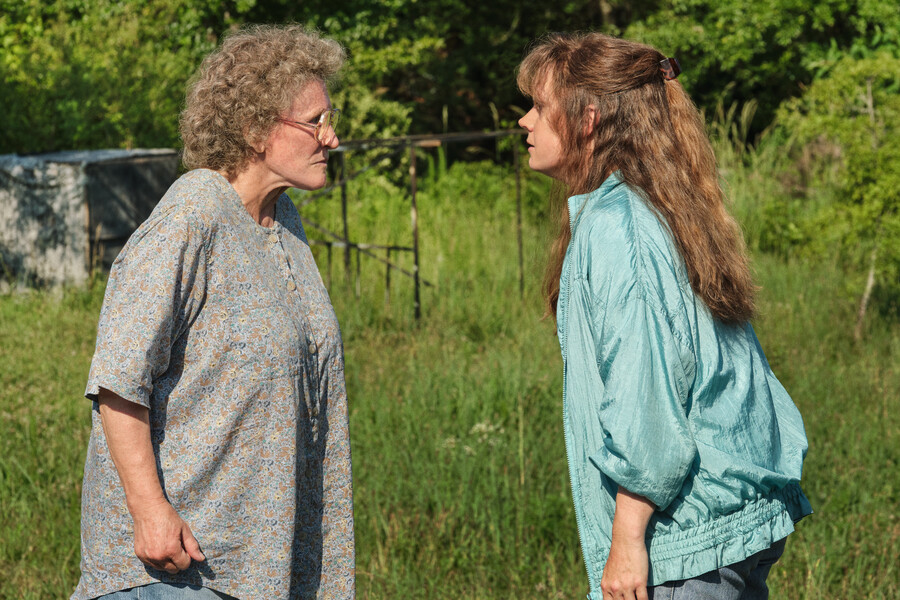 On the surface, Hillbilly Elegy, J. D. Vance’s 2016 memoir-turned-film is simple: A story of a lowbrow, beat-down family who leaves the hills in search of something more, but instead finds, no matter where they go, that the working class existence is the same. Vance’s memoir is a collection of poorly strung together vignettes that tell Vance’s family story alongside (debunked) research about the working-class experience. And yet, it captivated audiences, especially those outside of the Rust Belt who clamored for this “unique” take on the white working class—so much so that it garnered more than 24 weeks on the New York Times Best Sellers List.

Despite critical acclaim, the book exasperated those of us who are of this place. Multiple pieces denounced the portrayal of Appalachia, including that of public historian Elizabeth Catte, who released a treatise in defense of mountain culture, What You’re Getting Wrong About Appalachia, in 2018. Still, the rights to Elegy were scooped up by Ron Howard and Brian Grazer in 2017, and, two years later, after a bidding war, Netflix announced its intention to finance the movie to the tune of $45 million. Vance said Howard won him over on the adaptation by persuading him the core of the story would be about family. Vance told The Dispatch that he “really wanted there to be positive portrayals of the region’s people and not just dysfunction.” Instead, Vance has made his true intentions clear in remarks about the book, the “Trump phenomenon,” and his need to be the White Working-class Whisperer™. In the end, we’re left with a spectacular failure to reach a disingenuous goal.

It’s in the casting—a clear Oscar bid given their star power—that we find the best of the film. The casting, costuming, and makeup for Glenn Close, who plays Mamaw, Vance’s grandmother; Amy Adams, who plays Bev, Vance’s mother; and Gabriel Basso, who plays Vance, are impressive in their resemblance. The family photos that show during the credits, possibly the most interesting thing about the movie, highlight the resemblance. As a whole, the family looks like folks who’ve worked and struggled and aged hard. Unfortunately, that’s where both the watchability and what might pass for hillbilly ends. In terms of narrative, the movie is all over the place. The timeline, which kicks off with Vance in 1997 reflecting on his youth, is nonlinear and confusing, making it difficult to find your footing as a viewer.

Vance fails at his most obvious task: explaining what it means to be a hillbilly. All we’re left with is Mamaw’s quippy ”because we are hill people,” an insufficient answer. What’s more, the dialogue is lazy, even comical at times where it certainly wasn’t meant to be. For example, we’re told, “Things could get tough in a hurry in Jackson,” and viewers are meant to take seriously the idea that teenagers bullying one another is violent enough to be considered “tough” in an area (and among a family) that has experienced worse. Throughout the film, the family is characterized as violent people that solve problems through “hill justice” (another ill-defined term), and are stereotyped as lazy, in the same way working-class, working-poor, and underclass people so often are. Despite a director who supposedly spent considerable time “researching” the culture, we’re left with dialogue that is little more than a grouping of clichés that aren’t even specific to Appalachia.

I watched three times with the same question: “Where are the hillbillies?” The location, Jackson, Kentucky, and references to hillbillies are there, but beyond that, viewers are left scrambling, which only encourages bias and stereotypes as we’re left filling the gaps for ourselves. In the opening, Vance says he spends “every summer” in the holler; this is his hillbilly birthright. Jackson is absolutely Appalachia and its people hillbillies aplenty, but we don’t spend time there with the mountains or his kinfolk. Instead, the extended family from the book are absent, leaving us with Mamaw and Papaw (Bo Hopkins), the only actual hillbillies present onscreen. There’s no explanation of the “Hillbilly Highway,” a migratory event explored in the film of a time when miners and other workers fled from labor strife in Appalachia to Rust-Belt industrial towns, which could have been quite interesting and impactful. We’re just suddenly in Middletown, Ohio.

Middletown was one of many towns that recruited Appalachian workers with blue collar, unionized factory jobs, which includes the steel mill jobs that lured the Vance family away from the hills. These same jobs eventually allowed Mamaw and Papaw to live long term in their own homes until Papaw’s death in 1997. We’re given little more than name drops and moments that act as award bait rather than provide nuance to the people we’re meant to better understand as a result of the film. Take Bev, for example, whose story, I’d argue, is the most important, moving, and underdeveloped. A victim of domestic violence and child abuse, there is no acknowledgment of how structural failures impacted her and the family and no mention of broken systems or how they affect life-course outcomes. Instead, there are only individual moral failings. Bev and Mamaw are bitches, bad mothers who’ve failed the family: “You’re a shitty mom and so are you!” Vance screams when Bev asks him to take her drug test for her so that she can regain her nursing license. Unsurprisingly, the abusive men are conveniently absent in character and responsibility.

Hillbilly Elegy plods along using clichés and tropes and hoping the big names are enough to pull it along.

By and large, the most offensive thing about this movie, the book, and Vance as a person, is the complete hypocrisy of it all. A low-effort reach for classics like Stand by Me (1986), Steel Magnolias (1989), and The Pursuit of Happyness (2006), it’s really a vanity project produced by a venture capitalist-turned-author who used his platform to springboard a political career founded on right-wing ideology masked by a false narrative of hill culture. All this, despite being known as our so-called “Rust Belt anger translator.” Since the book’s release, Vance has revealed his white supremacist ideology, citing Charles Murray, well-known for his racist pseudoscience; Robert Putnam, known for the unethical suppression of adverse analysis outcomes and “research” on how diversity is an asset, but only through assimilation; and William Julius Wilson, whose work de-emphasizes the role of race. Vance’s Twitter feed is a crash course in how eugenics, nationalism, white supremacy, and fundamentalist religion are aligned with a craven conservatism focused on profit at the expense of the oppressed for whom he purports to speak. Rags to riches, temporarily embarrassed millionaires, “see, fellers, I got out, y’all’kin, too.” Right on the money for a vapid cultural understanding of the “hillbilly mindset.”

Hillbilly Elegy is objectively terrible. Unlike other adaptations like Coal Miner’s Daughter (1980), where Sissy Spacek brought us into the home of a backwoods family and showed us how that family carried their culture no matter where they went, Hillbilly Elegy plods along using clichés and tropes and hoping the big names are enough to pull it along. It doesn’t tell anyone anything about “hill people,” Appalachia, or the White Working Class™. It just gives us more of the same, and with no hillbillies actually present in an extremely popular elegy supposedly for us, about us, and by us, America will still refuse to know us. This place, this strange place full of peculiar people, has rarely been represented. It’s never about Affrilachians, as the Black in Appalachia podcast, hosted by Enkeshi El-Amin and Angela Dennis, brings to focus when they discuss the Hillbilly Highway that started in Alabama and worked its way further into the mountains, a different migration. And where are the queers? For a place labeled as queer, weird, and peculiar for four centuries, the only time I’ve ever seen a queer Appalachian story is in a documentary or when I tell my own. These mountains are a mirror of this country. If we are poor and uneducated, then it is the United States that is morally bankrupt and ignorant. If we put Mountain Dew in a baby’s bottle, with teeth rotted by the age of 4, it is because this country refuses to provide clean drinking water for every place warped by failing infrastructure and corporate pollution. When all you’re given is this oft repeated caricature, you don’t see this country for what it is—or for what we are.

by Izzie Ramirez
The rhetoric folks use when talking about the South has got to stop. 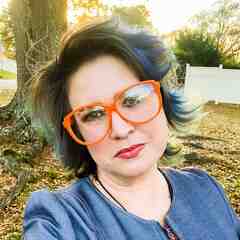 From the Appalachian foothills of GA with deep roots in Hiawasee, Rome, Murphy, NC and now the SC Upstate, my family history on this stolen land starts somewhere in VA and then WV until we got to West GA. I love the mountains, I love the rolling hills. I want to tell the real story of us and how we came to be us.