Sex education is having a public reckoning—and it’s long overdue. As the state of sex education becomes even more dire (across the United States, as regulations make access to comprehensive, inclusive sex education harder for people to access, people of color, queer, and disabled people the first ones left out in the cold)—and people are searching for answers to their questions elsewhere. There are sex educators that are responding to this by diversifying how they show up—choosing online spaces like social media and their own websites over “traditional” settings like schools. However, the need for inclusive, comprehensive, fact-based sexuality education is even more important in how it shows up through common channels, like media. Television is one such space.

Sex Education is a Netflix-produced show that first premiered in January 2019. With a wide variety of cast members (Gillian Anderson stars alongside newcomers Asa Butterfield and Ncuti Gatwa in the main cast) and clear inspiration from John Hughes movies (Pretty in Pink, The Breakfast Club) of the ’80s, Sex Education joins a new wave of coming-of-age television shows that explore the importance of incorporating elements of sexuality and self-discovery. Though other shows take similar aims, they have very different results: Netflix’s Big Mouth offers sex education via an education-by-entertainment lens, using cringeworthy gags to highlight the awkwardness of puberty; on the opposite end of the spectrum lies Cartoon Network’s Steven Universe, which addresses complex topics—including trauma and survivor identity, nontraditional family structures, masculinity, and gender fluidity—in a way that is both age-appropriate and endearing to watch unfold onscreen. By contrast, Sex Education clearly prioritizes sex education, but allows viewers to embrace it by following the journey of the characters as they interpret the lessons for themselves, often through trial and error.

The show’s initial premise is that the lead character, Otis (Butterfield), is cajoled into becoming a kind of underground peer counselor to his classmates at the semi-rural Moordale school. Though Otis himself is a virgin, he’s the son of a sex-therapist mother, Dr. Jean Milburn (Anderson), and thus has a wealth of book knowledge, if little actual experience. The arrival of the show’s second season in January brought a uniting theme to the first season’s storylines: We are all deserving of pleasure, and sex education, wherever it occurs, needs to reflect that. A big part of Sex Education’s second season is the way it articulates the real-world effects of an outdated and irrelevant sex-education curriculum that does little to connect sexuality to humanity. Dr. Milburn is brought on as a consultant for the school’s outdated SRE (sex and relationships education) curriculum after an embarrassing incident reveals that most of the town—including teachers and parents—are woefully uneducated about things like STIs. (“Our children are dying!” one parent shouts at the beginning of the meeting to address the inciting chlamydia “outbreak”).

The panic, while comical, hits more in reality than viewers might think. Across the United States, the failure of a national abstinence-only education push under the administration of George W. Bush has been broadly acknowledged, and current state-by-state mandates on sex-ed curricula vary widely. Some states continue to emphasize abstinence and require the instruction to emphasize only sex within the institution of marriage. Many states allow parents to exempt their children from the lessons, some mandate that issues like homosexuality be covered “negatively,” and only a handful are required to cover the issue of sexual consent. Some states make topics like consent, healthy romantic and sexual relationships, contraception, abstinence, orientation, and intimate-partner violence part of their instruction. But even in the most progressive of states—as well as for independent sex educators who aren’t affiliated with a specific school or organization, much ground remains uncovered.

The topic of pleasure is key among those left out in sex-ed curricula for young people in particular; even those that teach positive, comprehensive sex ed stop short of acknowledging that sex is something people seek out for reasons that go beyond simply wanting to reproduce. The denial of pleasure as a driver of sexual activity reinforces the oppressive, puritanical values that make sex into a shameful, hidden, and often harmful part of life for young people in particular, and Sex Education’s second season leans into this reality. Its narrative shifts from a focus on Otis and instead devotes more time to the ways that failures in both sex education and attitudes toward sex itself can impact the lives of everyone—even those who teach it.

One of the biggest takeaways from Season 2, for example, is the confirmation of multiple characters’ polysexual identities. Hints of Adam Groff’s (Connor Swindells) bisexuality and his internalized biphobia were central to his character arc in the first season, but it’s in the second one that viewers begin to see just how deeply ingrained it is and how he is working, slowly and imperfectly, to unlearn it. He forms an unexpected friendship with Ola Nyman (Patricia Allison), Otis’s ex-girlfriend, and the two have an interesting exchange that leads Ola to recognize her own pansexuality. Later, as Adam and Ola are conversing about the differences between pansexuality and bisexuality (a comparison done much better by Sex Education than by the latest season of Big Mouth), he comes out to her and the two bond.

Elsewhere, Florence (Mirren Mack), a drama student and the lead in the school’s production of Romeo and Juliet, learns during the course of counseling with Milburn that she is asexual. It’s this exchange that provides one of the season’s most iconic lines, when Milburn reassures Florence: “Sex doesn’t make us whole. And so, how could you ever be broken?” Season 2 also doesn’t shy away from showing the imperfect healing process that can follow sexual assault in the plotline that follows Aimee (Aimee Lou Wood), who is sexually assaulted on the bus and has a difficult time processing. As she had one of the most memorable scenes of realistic masturbation in Season 1, her storyline taking a turn to incorporate healing from trauma sheds light on the reality of pleasure: that its navigation is nonlinear, imperfect, and can change as quickly as we can.

The centralizing of pleasure is what makes Sex Education shine and truly stand apart from other shows that address sex education in some form. It’s also what makes the show so refreshing and optimistic to sex educators like myself: The show’s portrayal and validation the nuance of this work is as important as it is rare. Sex Education is committed to showing viewers—particularly young and curious viewers—that sex is about more than just performance and orgasms; it’s a layered human experience. It also offers an important reminder: People deserve access to sex education that is pleasure-focused and fits their needs. Pleasure, in many ways, remains the final frontier of sex education, but all of us are deserving of sex education that reflects the entirety of our lives, not just one part.

Read this Next: Spasms of Truth 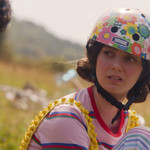 by Noa Fleischacker
“Sex Education” opens the door for women living with vaginismus and other conditions to have honest conversations about their symptoms.