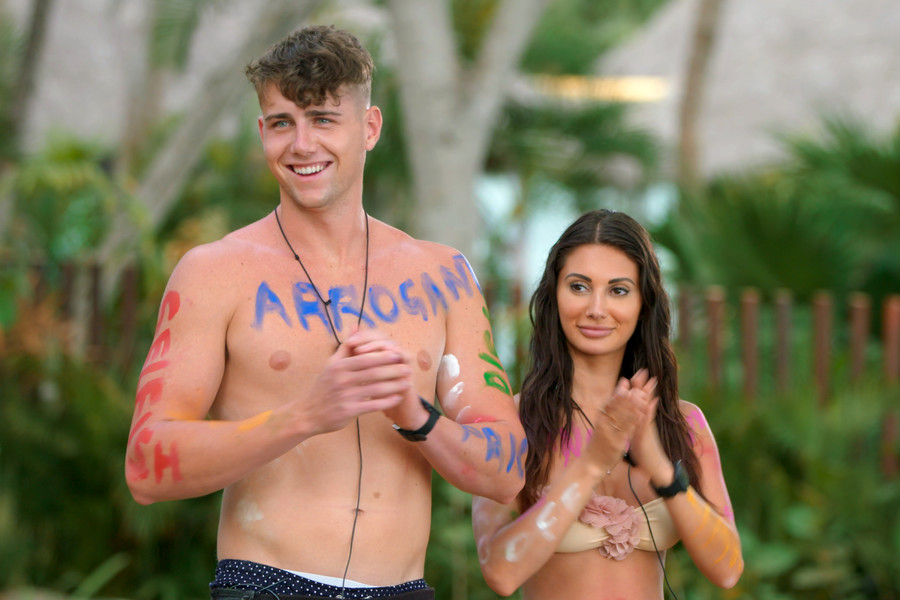 One hundred thousand dollars? An all-surveilling robot with a sultry name? Eight episodes of commitment-phobic singles attempting not to make out or fuck their little hearts out? It’s easy to see why many people are watching Netflix’s latest dating show, Too Hot to Handle. The premise is simple: Ten single people, men and women, some straight, a few queer, participate in a Love Island-esque paradise where, for the duration of the show’s debut season, no one can have sex. If a participant kisses or has sex with someone (or even dare to masturbate), the total prize pool of $100,000 is subtracted from. A kiss removes $3,000 from the prize, while sex can take away $20,000. As the slut-shamey narrator voiced by comedian Desiree Burch loves to say, “Bigger the crime, bigger the fine.”

Though, to me, that premise initially sounded like some fun group financial domination, odd threads of conservative and religious thinking soon stood out as being deeply and intentionally ingrained throughout the show. During the fourth episode, the show gives participants bracelets that light up if they’ve had a “legitimate” connection. Baptisms also play a strong role, making up two out of the show’s eight episodes. During episode five, a baptism takes place exclusively for the men. During their workshop on how to properly gaze into someone’s eyes, they rub mud on each other only to wash off in the ocean. During episode eight, all of the participants take part in an additional baptism in which they write the insults that people used to call them on their skin and then wash away their “old life” of slutty sinfulness. In episode seven, the girls experience a “yoni workshop,” in which all the girls group-hug and scream about loving their yonis. It’s as bizarre and TERF-y as it sounds.

I initially expected Too Hot to Handle to be similar to Love Is Blind, another Netflix reality television show, especially given that show’s popularity. Love Is Blind also follows a kind of thesis, as it’s trying to prove that love can form outside of physical appearance and connection, having its contestants fall in love through “pods” where they’re only able to see their beloved once they’re ready to make a lifetime commitment. Love Is Blind graced us with its presence in February, followed by its counterpart in April. Both shows represent an unexpected turn for reality television: Whereas with previous shows like The Bachelor or Millionaire Matchmaker, viewers were clearly in for the mess, these shows seem to want us to root not for the wildest participants but for those who have “improved” to some higher “moral standard” of being.

With regard to its conservative bones, Love Is Blind is more subtle than Too Hot to Handle, the latter of which features two references to the dating site Christian Mingle; a participant being explicitly referred to and idolized as Jesus (another participant, Kelz, said of Matthew, “I guess this is how disciples felt when Jesus left”); and a robot overlord named Lana, who is essentially the god of Too Hot to Handle’s universe. On both shows, Christianity is the name of the game. On Love Is Blind, if participants spoke about faith, you could assume they were Christians. Participants Jessica and Mark connect over their Christianity, and another participant, Lauren, speaks regularly about faith throughout the series; in a recent interview, she told SELF, “Since we’ve been married, Cameron has started praying, and he told me that our relationship brought him closer to God, which I think is amazing.”

In the context of a show that’s attempting to prove that love can form before ever seeing the other person, it isn’t shocking to find a slight uppity moral edge—after all, connecting without seeing one another implies some level of emotional connection. While it works for Love Is Blind, in Too Hot to Handle the conservative and Christian overtones simply come off as paternalistic and weird. One reason for this is that for reality shows to function properly, the participants have to believe in their missions: On The Bachelor, contestants have to believe that they can find love on television; on American Idol, contestants have to believe that they can make it to Hollywood; on Love Is Blind, contestants really do believe in “the experiment”—you can see it in their expressions and actions (like when Mark creates a fake pod so he can woo his love interest, Jessica; clearly the pod mentality sunk in).

Here, Too Hot to Handle fails. Love Is Blind won me over in the end with its genuinely likable cast and couples who I deeply wanted to root for. But Too Hot to Handle takes all the things that originally put me off from Love Is Blind and amps them up via the massive assumption it makes with its mission statement. The very premise of the show assumes that viewers would agree with its crux, that by making it difficult for adults to have sex, it would provide an opportunity for said adults to achieve moral growth. Love Is Blind works because even if someone does enjoy casual sex and connections, and therefore doesn’t align their personal value system with the show’s premise, the show still posits the fascinating question of, “Can someone find something deeper without a physical connection?” There’s still interest there.

Though everyone on the Love Is Blind cast is conventionally attractive (and all are conventionally abled), it is true that they do develop their initial feelings for their partners without knowing what they look like. There is something beautiful and heartwarming in this. In contrast, Too Hot to Handle takes the slight conservative undertones of Love Is Blind and creates something uncomfortable by basing its entire mission around shame. And Too Hot to Handle’s slut shaming and sex shaming runs deep. Beyond the desperate attempt to turn back the clock on hookup culture, there is the creepy surveillant host, Lana, who reinforces this shaming every step of the way. Lana, essentially a Siri or an Alexa, is an all-knowing and all-seeing robot. The show’s decision to replace the typical human host with an all-surveilling robot is purposeful in a world where we might, for a moment, wonder if our own Siris or Alexas might be judging us for our sex lives. It’s just another thing to worry about in a time where surveillance is increasingly a part of our personal lives.

This feature is separates one of the biggest differences between Too Hot To Handle and its predecessors. Instead of having a host who’s beautiful and charming, like Love Is Blind has in its hosts Vanessa and Nick Lachey, Too Hot to Handle has a strange god-like robot pushing its moral standards of sexual expression on both participants and viewers. This weird little robot is holding $100,000 over your head—and she requires you to keep yourself from having sex or any sort of intimacy that it deems you unworthy of receiving. In some ways, Lana is the greatest domme of all (It’s an oddly kinky show for one that’s supposedly so anti-sex). The bed of chastity is the ultimate test, much like The Bachelor’s “fantasy suites,” with two contestants being given the chance to spend a night in bed together. Unlike in The Bachelor, though, the goal isn’t to have sex; the goal is to make it through the night without doing anything that violates Lana’s rules. It’s yet another test that seeks to portray human sexuality as a flaw meant to be challenged.

Ultimately, despite being a relationship-based and -driven reality show, Too Hot to Handle doesn’t reward participants for finding love. Some participants have an instant attraction to each other, which forces them to navigate their cravings for physical affection without inciting the wrath of other participants (see episode two, “When Harry Met Francesca,” for a real-life witch hunt). But, at the end of the day, Too Hot to Handle isn’t a show about love. It wouldn’t even matter if you found love, like the aforementioned participants; you wouldn’t be rewarded for vulnerability or sex-free romance. Instead, the only gauge of success is if you can “keep it in your pants.” It’s all about a weird control of sexuality that just comes across as creepy and paternalistic.

Netflix should reconsider the direction of their recent reality television shows. Viewers don’t want creepy, all-surveilling robots with no purpose other than to shame us, and we certainly don’t want our reality-TV love served with a forced set of Christian, conservative values. I want a lust-filled evening on an island during which my mouth drops open because I can’t believe she just did that. I want characters who may be flawed but are at least likable. Love Is Blind works because, despite having some weird moral edge to the “experiment,” there is something about the show that is deeply lovable and that forces you to keep watching. Too Hot to Handle might actually be the opposite of what its name suggests: It’s not hot enough.

Read this Next: We’ve Entered Peak Dystopian Television, and Chris Harrison is Our King 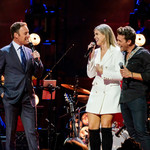 by Rachel Charlene Lewis
Dystopian television is here, and it’s coming for our love lives—whether through song, or otherwise.