“Never Have I Ever” Misunderstands the Arranged Marriage Tradition | Bitch Media

(Un)happily Ever After?TV Treats Arranged Marriage as an Archaic Indian Custom. It’s Not. 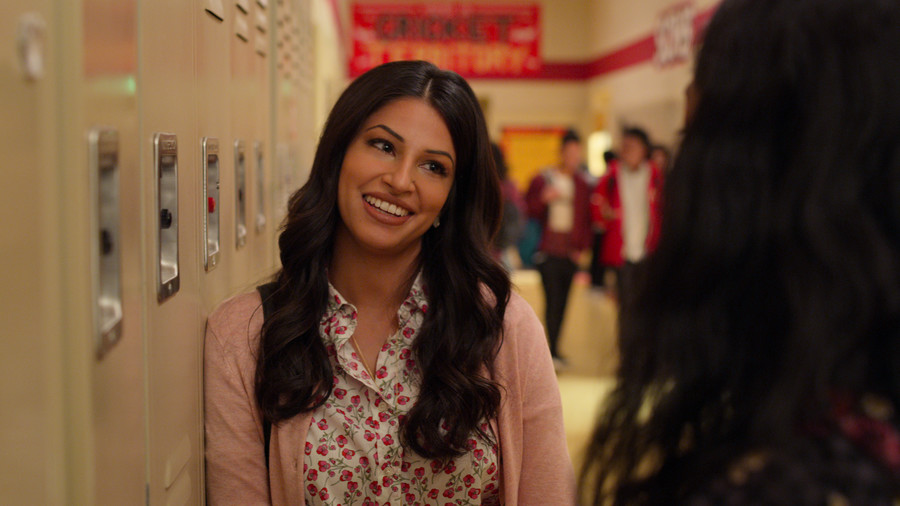 Richa Shukla as Kamala in Never Have I Ever (Photo credit: Netflix)

Mindy Kaling is the darling of the internet right now. Her hit Netflix show, Never Have I Ever, follows Devi Vishwakumar (Maitreyi Ramakrishnan), an Indian American high schooler living in Sherman Oaks, California, alongside her crew of diverse, dorky friends. (Devi’s classmates call them the “UN,” not because they resemble a Benetton ad, but because they’re considered “unfuckable nerds.”) Devi, a cocky, insecure, and totally relatable teenage protagonist, made me laugh out loud from the opening scene where she prays to the “gods” for an invite to a party that has “alcohol and hard drugs.” Over the course of the series, Devi propositions the school hottie, reads smutty novels on the sly, and loses her temper frequently. Though she’s clearly Indian American, Devi’s ethnicity is neither sidelined nor is it the focal point of her story.

Kamala (Richa Moorjani), Devi’s uber-hot cousin from India who’s living in her house while she gets her PhD at Caltech, is the foil to Devi’s impetuous character. She’s the “good” girl, the kind of dutiful daughter Devi thinks her own mother would have preferred. Kamala’s parents, who still live in India, want her to marry a man she’s never met and she meekly acquiesces. In an early scene, she dresses in a sari to meet her potential in-laws on the internet but seems incapable of making the most basic polite conversation. Devi’s mother, Nalini (Poorna Jagannathan), who is coaching her from the sidelines, finally butts in to reassure them that Kamala can cook “all the classics: sambar, idli, dosa, you name it, she can cook it!”

Saddling a contemporary woman from India with an arranged marriage storyline is bad enough, but Kamala’s apparent lack of agency is glaring. While breaking up with Steve, the man she had been secretly dating, Kamala says, “I have a choice: between my family and a life of shame that will disgrace me and my descendants for generations.” Ouch. I was born and brought up in India and I’ve never heard anyone say that. As Indian stereotypes go, arranged marriages are low-hanging fruit. This tired trope rears its bobbing head in most pop culture that centers on desis. In 1997, The Simpsons aired an episode about Apu, the Indian Kwik-E-Mart owner whose mother strong-arms him into an arranged marriage. The Big Sick (2017), an endearing, Oscar-nominated rom-com for best screenplay, also centers an arranged marriage storyline: Pakistani American Kumail Nanjiani (playing a fictionalized version of himself), is torn between fulfilling his parents’ desire to arrange his marriage and his growing affection for Zoe Kazan (Emily Gardner), a white woman he begins secretly dating.

Nanjiani couldn’t write his love story without the tension of an arranged marriage because The Big Sick is based on his life, which gives his character some verisimilitude. Devi (whose character is based on Kaling’s high school self) also feels like a believable portrait of an Indian American high school girl, but Kamala comes across as a cardboard cutout written by people unfamiliar with contemporary India. Her struggle, unsurprisingly, situates marriage as a choice between familial duty and free will. It’s disappointing for the (few) shows involving desis to rely on this single-minded arranged marriage storyline because the perspective always employs a reductive binary—love versus family, freedom versus tradition. Why does “freedom” have to come at the expense of one’s culture?

It is true that many parents in India want their children to have arranged marriages. According to CBS News, about 90 percent of marriages in India are arranged. But in the United States, arranged is interpreted, all too often, as forced upon the hapless youth, or, as in the case of Kamala, framed as an impossible choice. This apparent lack of choice, which is perceived as profoundly un-American, positions arranged marriage as an archaic custom that has no place in a modern world.These stereotypical depictions ignore, to their detriment, the fact that many arranged marriages are consensual; the children want their parents involved in the process of finding them a life partner. Though parents may act as a matchmaker, their child gets to choose. And statistically these marriages, based more on compatibility and shared values than romantic love alone, tend to last.

When a friend of mine in New Delhi asked her parents to find her a match, they happily agreed. She went on dates with 41 men, keeping a spreadsheet of her thoughts on each, until—plot twist!—her exhausted parents gave her an ultimatum: Choose now or find a man by yourself. Luckily she fell in love with number 42. Now that’s a fresh take on the arranged marriage storyline, with the added bonus of it being true. (Mindy, this one’s on the house.) It should also be obvious that arranged marriages aren’t the only narrative for contemporary South Asian women. There are also women CEOs, divorcées, polyamorous women, gay women, women who can’t cook. Yet arranged marriage, and the lack of agency it implies, is still the lens through which most people in the United States—including many U.S.-born desis—perceive us.

Stereotypes influence perceptions, which shape storylines that reinforce stereotypes, trapping us in a feedback loop of dictatorial parents, disempowered children, and the assumptions of unhappy, forced marriages.

Stereotypes influence perceptions, which shape storylines that reinforce stereotypes, trapping us in a feedback loop of dictatorial parents, disempowered children, and the assumptions of unhappy, forced marriages. To be clear, I am not advocating for Kaling to create a composite character that represents all South Asian women, but in crafting Kamala’s storyline, Kaling could have, at the very least, pushed for a more nuanced, layered narrative. Instead, Kamala merely exists as the black-and-white stock image of an Indian woman, against which Devi’s spunky and spirited Indian American character can play out in full color.

Made in Heaven, an excellent Amazon Prime Video series that debuted in 2019, is one show that subverts arranged marriage clichés. The show, written by Indian women, follows upscale Indian wedding planners Karan (Arjun Mathur), a gay man living in a country where homosexual acts were criminalized until 2018, and Tara (Sobhita Dhulipala), a woman married to a rich industrialist who is dismissive of her middle-class roots. In one episode, a bride breaks off her engagement when she discovers her wealthy fiancé’s parents had her investigated. In another, two widowers planning to remarry meet resistance from her adult children. Behind the scenes, Tara’s discovery of her husband’s infidelity is complicated by her own role in breaking up his previous engagement.

Made in Heaven doesn’t downplay the uncomfortable but all-too-real narratives about sex, class, and power that emerge from a culture at the intersection of traditional values and modern expectations; instead, it thoroughly explores how contemporary Indians engage with the institution of marriage. This is one face of present-day India that Indian women tussle with. Kaling’s parents, who left India in 1979, would, in all likelihood, find it unrecognizable today. So, it seems, does Kaling. Though the social dilemmas desis on the subcontinent navigate have changed dramatically over the last 20 years, Kamala’s character reveals none of this. Hers is a fossilized storyline riddled with clichés—one being her “Indian” accent, which felt so off that I had to pause the show and Google to figure out what part of India she’s from. (Answer: Nowhere! Moorjani was born in California.)

In an interview with Brown Girl magazine, Moorjani said she worked with a dialect coach to sound more “Indian.” I couldn’t help but wonder: Was the dialect coach born in California too? There’s no single Indian accent of course, but there’s a spectrum—and I immediately recognized this one as fake. Casting Moorjani calls into question Kaling’s commitment to understanding the background of one of her show’s lead characters and explains perhaps why she reached for the age-old arranged marriage storyline. The result: While Devi (Kaling’s soi-disant alter ego) feels like a fun and energized take on an Indian American girl, Kamala stands out as a one-dimensional portrait of an Indian woman who drains some life out of an otherwise original, refreshing show.

Read this Next: Never Have I Ever Watched a Better Comedy about Grief 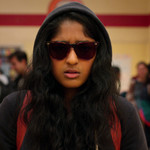 by Evette Dionne
Saying goodbye to those we love when they pass on is the hardest thing we’ll ever do; it is also the most necessary. 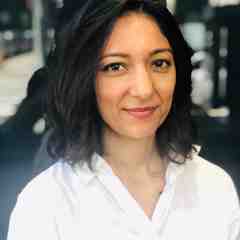 Sanjna N. Singh is a writer and reality television producer currently based in Iowa. Be one of her 3 twitter followers! @sanjnasingh