Never Have I Ever Watched a Better Comedy about Grief 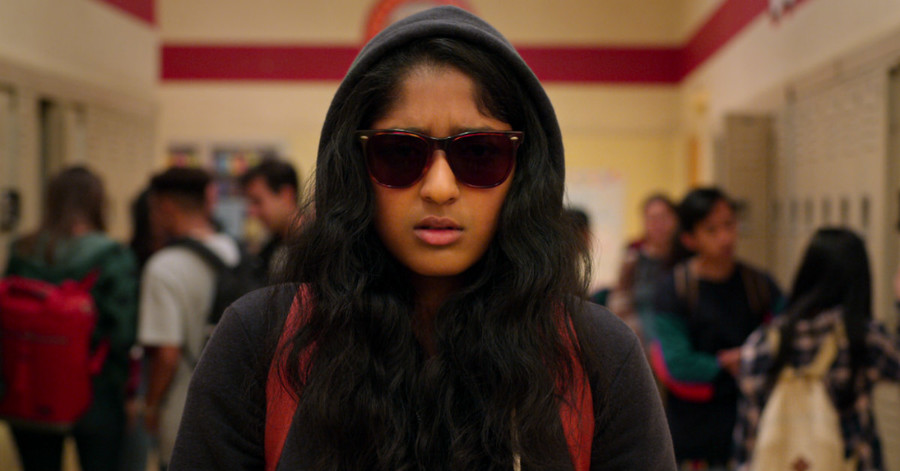 Maitreyi Ramakrishnan as Devi Vishwakumar in Never Have I Ever (Photo credit: Netflix)

It was the most piercing scream I’d ever heard. My family’s entire world was shifting, but we didn’t quite know that yet. All we knew, in that moment, was that my mom’s piercing, wretched scream was signaling that something earth-shattering had happened—and whatever it was, we would be worse off for it. Within moments, it all became clear: My grandfather—my mother’s father—had died suddenly, two months after he’d prayed so hard over me in my kitchen that it brought me to tears, 24 hours after watching a football game with one of his close friends, and a little less than five hours after he’d texted his girlfriend for the final time. He was and then he simply wasn’t, almost as if he’d been playing a twisted game of Duck Duck Goose, and it was just his turn to be it.

A week passed between that fateful scream and the moment we left my grandfather’s gray casket at a cemetery, but there’s very little I could tell you about what happened during that time. In her recent memoir, Black Widow: A Sad-Funny Journey Through Grief for People Who Normally Avoid Books with Words Like “Journey” in the Title, Leslie Gray Streeter writes that after someone dies, our minds put us in a “cocoon of bubble wrap” that prevents us from going into immediate shock. There are so many documents to sign and people to call and arrangements to make that we can’t afford to sink into an impenetrable grief until it’s all done. Without our minds helpfully filtering out the thoughts that don’t serve our grief, most of us would stay mired in the immediate trauma, with no way to move beyond the sadness, the anguish, the anger, the very knowledge that death renders us powerless.

Saying goodbye to those we love when they pass on is the hardest thing we’ll ever do; it is also the most necessary. The ceremony itself matters far less to the living than the act of seeking, and hopefully finding, some sense of closure. This is one reason Netflix’s new series, Never Have I Ever, is so resonant right now. The show, born from Mindy Kaling’s brilliant comedic mind, throws us into the chaotic existence of a teenage girl, Devi (Maitreyi Ramakrishnan), who’s stuck in the purgatory between the death of her beloved father—an incident made more tragic by the fact that it happens during her orchestra recital—and moving forward in a way that both honors him and honors the grieving process.

Left to grieve alongside a mother who doesn’t seem to fully understand her, only child Devi doesn’t cope well: She becomes temporarily paralyzed from the waist down and then ends up in therapy, where she talks with Dr. Jamie Ryan (Niecy Nash) about everything except her dad’s death. When we meet Devi several months after her father’s death, she’s holding high hopes for her sophomore year of high school. She spent her freshman year feeling as if her classmates pitied her, so she hopes this will be the year she can redeem herself in their eyes. She plans to remain at the top of her class, change the way her classmates perceive her (they call her and her friends the “unfuckable nerds”), and most important, get her and her two best friends—Eleanor (Ramona Young) and Fabiola (Lee Rodriguez)—boyfriends who will elevate their popularity.

There’s only one problem with Devi’s plan: It’s a distraction from the necessary work of grieving her father. For Devi, grief manifests as a dire need for distraction. Her friendships—with the very awkward Fabiola and the always dramatic Eleanor—become peripheral in her quest to be so accepted by her school’s “coolest kids” that she’ll forget her father’s death. Clinging to normalcy at all costs even fuels Devi’s insanely competitive behavior toward Ben (Jaren Lewison), a wealthy know-it-all who calls her odd names and is secretly in love with her. Her crush on her school’s coolest jock, Paxton (Darren Barnet), is so intense that Dr. Ryan becomes concerned that she’s “making your whole world about this boy.” Even her rocky relationship with her mother, Nalini (Poorna Jagannathan), and her snide barbs toward her cousin, Kamala (Richa Moorjani), come from that same desperate need to pretend as if her life hasn’t been wrecked.

Being a teenager is difficult enough without the added burden of losing a parent, but Never Have I Ever makes Mohan’s (Sendhil Ramamurthy) death central to Devi’s journey (which is, for some reason, narrated in voiceover by tennis legend John McEnroe). The show’s approach to grief, and its illustration of the human urge to micromanage it, feels authentic. Instead of confronting the way her father’s death has changed her, Devi instead tries to control every facet of her life, from what she wears to school to when her mother releases her father’s ashes. She instructs Fabiola and Eleanor on who they should date, with little regard for their desires (and little awareness of the fact that Fabiola is coming to terms with being queer). And she approaches Paxton—a boy she barely knows—and asks him to have sex with her, despite Dr. Ryan’s warning that this could make her even more emotionally unstable.

These escalating antics alienate Devi from the people who do love her, and her attempts to avoid facing her grief begin to consume her in dangerous ways—including, in one instance, being bitten by a coyote she believes is her father in a new form and earning herself the nickname “coyote girl.” And because Never Have I Ever is a teen dramedy, Devi’s ditching, dodging, and lying comes to a head at a party, after she inadvertently spills red punch all over the Angelica Huston for Kohl’s suit that Fabiola used her science-fair winnings to purchase. Their conflict spills out for the entire school to witness: “I don’t want to hear another weak excuse about why you’re acting crazy,” Fabiola tells Devi. “I just wanted one night where I wasn’t sucked into your drama, and now I am drenched in it. Not everything is about you and your problems!” When Devi retorts with a quip about her father’s death being an inconvenience to her friends, Fabiola says, “Yeah, I know he [died]. But that doesn’t give you a free pass to treat us like crap.”

Avoiding grief is a futile effort, because it still creeps up and swallows us.

Unresolved grief has a tendency to amplify our worst traits and Devi’s dissolving friendships are the greatest evidence of that. Avoiding grief is a futile effort, because it still creeps up and swallows us. And unfortunately, Devi doesn’t have anyone to model a healthier mode of coping. Her mother, too, bottles up her emotions, shielding her own bereavement behind a facade of strength. Nalini sends Devi to therapy but doesn’t participate in family sessions herself, telling Dr. Ryan that “therapy is for white people.” She also avoids actually revealing to Devi that the loss of Mohan has changed her as well. When Dr. Ryan asks Nalini, “Have you considered that falling apart may actually be the thing that brings your family back together?” it’s a revelation: In order to move forward, mother and daughter must both acknowledge Mohan’s death and give themselves permission to fully grieve.

They’ve had no closure because Mohan’s ashes have never been spread, which defies some of their cultural customs. Nalini and Devi simply aren’t ready for this permanent goodbye, so they avoid it altogether. Devi is so cynical—because of teenage angst and the shroud of grief clouding her emotions—that she believes her mom only wants to spread Mohan’s ashes to “Marie Kondo” their family and persuade Devi to move with her to India. Every breakdown in Devi’s life can be traced to the irreversible moment when she lost her father, but permanently saying goodbye to him still feels impossible. But though it’s hard to let go—closing a casket lid or letting ashes go at the beach—it is the first step in shedding the cocoon that covers us after a death. Clarity comes next and then moments of sadness and then happy memories and then a continuing life full of the emotional highs and lows that remind us that we’re still here.

In the end, Devi and Nalini’s relationship is still as difficult for both of them to navigate, but they share an intimate moment at the beach as they finally say goodbye to Mohan. Letting Mohan’s ashes go is also a way for them to bury the hatchet between them. Death doesn’t seek our permission before disrupting our lives. It doesn’t particularly pay attention to what else is happening in our lives before it strikes. Death didn’t care that Devi’s relationship with her mother was strained or that she was entering high school, one of the most formative times in her life. It came and it took without regard, leaving her to piece together a teenage life that no longer feels as if it belongs to her. The only way to gain the upper hand against death is to grieve for however long it takes and then continue living. Never Have I Ever is a teen comedy, but its meditation on the weight of grief—and the responsibility we have to face it—is as adult as it gets.

Read this Next: Good Grief 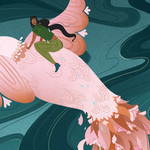 by s.e. smith
The raw reality of a grief that cannot be muffled after some quiet crying in the bathtub is disruptive to a world where discussions of mourning often include the phrase “moving on.”