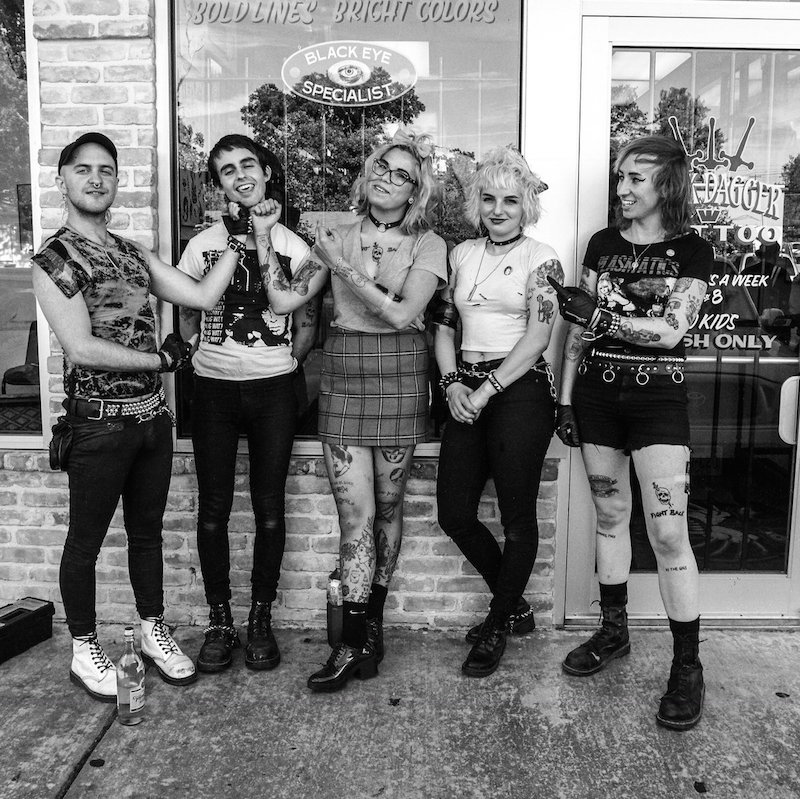 Olympia-based punk band G.L.O.S.S.’s new EP, Trans Day of Revenge, calls for nothing short of revolution. On five punch-packing tracks, G.L.O.S.S. (whose name stands for Girls Living Outside Society’s Shit) sings about seeking liberation—and they refuse to sugarcoat their politics.

Despite the fact that punk and DIY subcultures typically frame themselves as inclusive, these scenes still often perpetuate racism, transphobia, homophobia, and sexism. In a September 2015 interview with Bitch, vocalist Sadie Switchblade described her DIY roots, saying that she “spent most of those years in the back of the room, but I was always listening, always feeling.” G.L.O.S.S. demonstrates that constructing and sustaining community while also acknowledging the radical importance of our survival is punk as fuck.

On the title track, Switchblade demands revenge, retaliation, and refusal. “Don’t let the media set us up for harm/ HRC, selfish fucks, yuppie gays throw us under the bus,” she shouts. The lyrics allude to the anger many feel with LGBTQ advocacy group the Human Rights Campaign, which has faced criticism for being a “white men’s club.” In another verse, she honors the importance of LGBTQ elders, who are often overshadowed by younger generations, and the reality of police brutality:  “Black trans women draped in white sheets/ Beaten to death, harassed by police/ Homeless elders wander the streets/ Trans day of revenge, not as weak as we seem.”

When trans lives are so often defined by death and violence, survival is a radical act. On the track “We Live,” Switchblade yells, “We live even as we wonder why we live/ With trauma locked inside, we fight/ Against the urge to die.” The song communicates that creativity, music, and connection can create a counter-narrative to popularized, diluted accounts that perpetuate the idea a singular queer history.

The message of Trans Day of Revenge stuck with me this June, on a sweltering day when I joined hundreds of people marching together for the Trans Day of Action, filling the streets of the West Village. “Hey hey, ho ho! Transphobia’s got to go!” we shouted as we walked down Christopher Street and towards the Stonewall Inn. I saw handfuls of police officers with carbines block the historic bar. I was angry and upset. I thought of how often our histories are abridged, whitewashed, and distorted to accommodate larger systems and agendas that are purposely designed against us. Stonewall was a rebellion against police terror led by transgender and gender-nonconforming people of color. My thoughts returned to Trans Day of Revenge, and I thought about the radical resilience of those in my community. The ending lines of “We Live” came back to me: “We live and die against the grain/ For ourselves, we live.” Cops don’t keep us safe. Trans Day of Revenge shows us that if we seek true liberation, we must scream out even though they would like us to be silenced. Most importantly, through crunchy guitar chords and urgent screams, it shows us that we must think outside of the lens of visibility perpetuated in systems that operate against our survival. 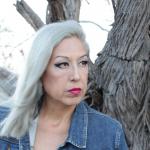 by Suzy X
Alice Bag was just 19 when she became the frontperson for one of Los Angeles's most riotous punk acts. In this interview, she talks about L.A. punk, Latina feminism, and why she finally decided to release her very first solo album in 2016.