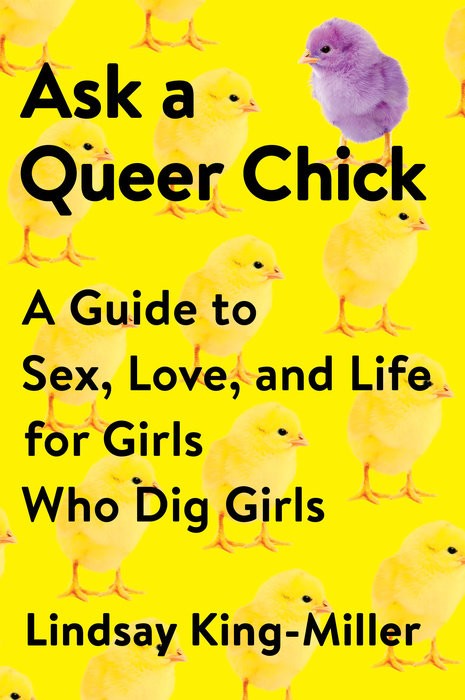 From Dear Abby to Dear Sugar, America has long had a healthy appetite for advice. Last month at The Atlantic, Hannah Finnie wrote about how the internet has changed advice-giving, pointing towards two trends: democratization and diversity. More people—and a more diverse group of people—are giving advice on more topics. Among them is Lindsay King-Miller, author of the new book Ask a Queer Chick, out this week from Plume.

It should come as no surprise that Ask a Queer Chick: A Guide to Sex, Love, and Life for Girls Who Dig Girls was born on the internet, in the form of a feature King-Miller pitched to The Hairpin back in 2011. In response to a flood of reader questions, King-Miller ultimately wrote more than fifty columns.

“With the legal and social climate surrounding queer issues changing so fast, it was hard for young people to figure out which way was up, much less navigate the obstacle course of coming out and finding love,” King-Miller writes in the introduction to her book.  That’s where Ask a Queer Chick comes in: through both her book and her column (which has recently relaunched on Fusion), King-Miller offers clear-headed, humorous, and thoughtful advice for queer chicks and the people who love them.

In its book form, Ask a Queer Chick includes chapters on coming out, dating, sex, as well as what King-Miller calls “the less sexy aspects of being queer” like workplace discrimination and relationships with bigoted parents and siblings. One chapter, “I’m Not Gay, but My Sister Is,” offers advice to straight people hoping to be better allies to their family members and friends. But most of the book is aimed at the queer chicks themselves, a refreshing change from titles in which LGBTQ people are relegated to sidebars or footnotes.

Although King-Miller told me she tries to avoid giving advice in her real life, in her role as “a Queer Chick,” she draws on the example of other advice-givers, aiming to combine the “directness” of Dan Savage with the “compassion and gentleness” of Cheryl Strayed. It’s a noble goal, and Ask a Queer Chick rises to the occasion. King-Miller’s voice is alternately firm and supportive, hilarious and kind—in short, everything you could ask for from a book that aims to feel like “everyone's queer big sister, loving and encouraging with a dash of ‘get your shit together.’” 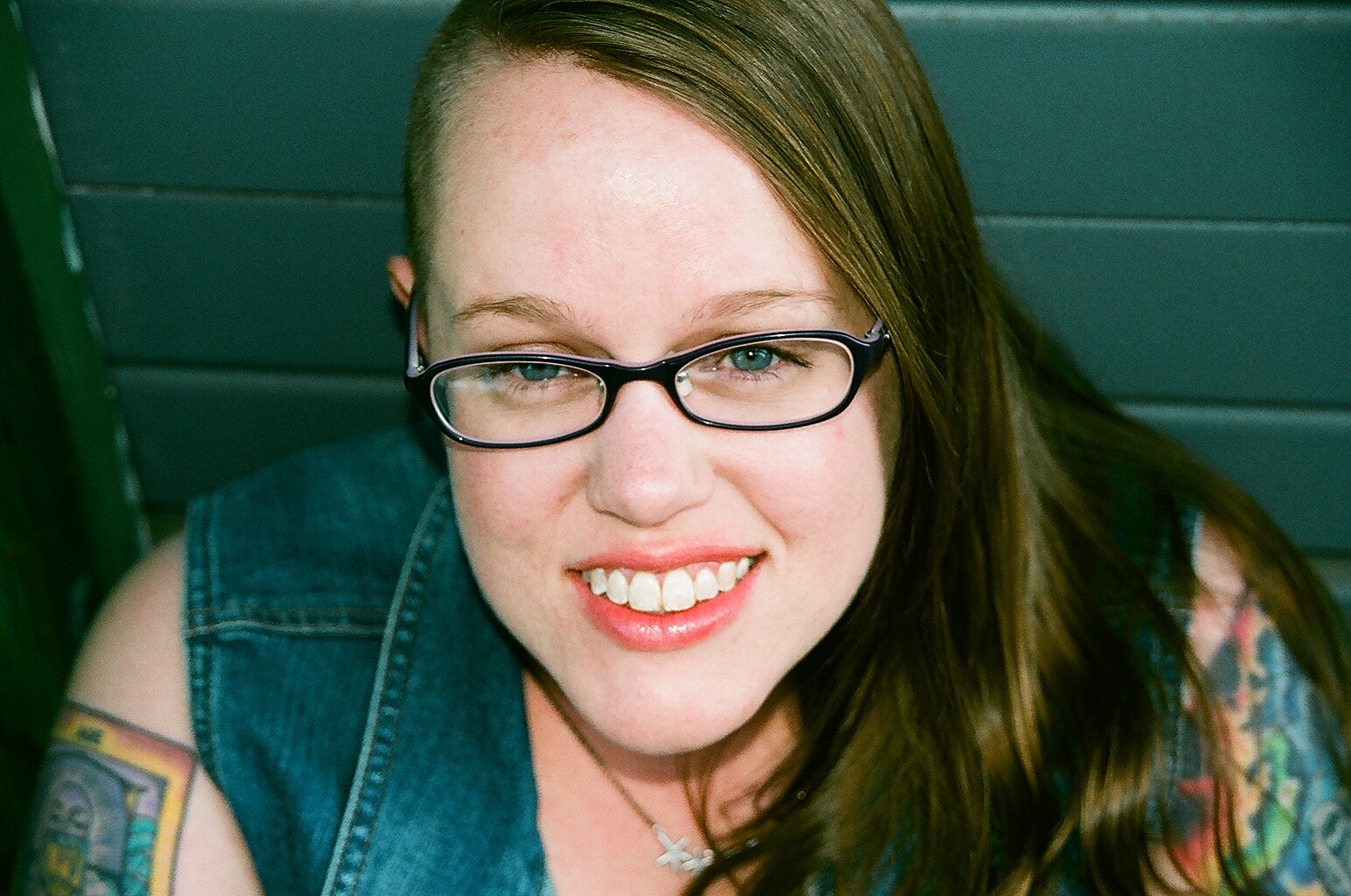 Ask a Queer Chick hits the highlights you’d expect it to: Yes, King-Miller weighs in on the ever-lively topic of scissoring. But she also delves deeper, exploring stereotypes, debunking myths, and examining the grains of truth that exist within the misconceptions. On U-Hauling—the cliche that for two lesbians, a second date leads inevitably to cohabitation—King-Miller writes, “Yes, it’s an offensive and belittling stereotype” but “it’s actually… kind of… a little bit… true.” She goes on to explain when and when not to U-Haul in the context of a real relationship, offering concrete advice that would be useful to people of any identity or orientation.

Like all advice, a lot of Ask a Queer Chick is common sense: be nice, avoid dating someone your friends hate, don’t spend too much time lusting after someone who is unavailable. Yet King-Miller dispenses these common-sense tidbits in a way that feels fresh and authentic, while also weighing in on more specific questions. Who pays on the first date? (Answer: Whoever did the asking.) Do I have to get a “gay haircut” to find a girlfriend? (Answer: No, but it might not hurt.)

In this way, King-Miller balances humor with heart, and the result is readable, empathetic, and sometimes even a little bit inspiring. At the close of the chapter on heartbreak, King-Miller urges the reader to “Dig down beneath the pain, and find the stronger, braver, more joyful version of yourself that’s been in there all along. Introduce her to the world.” While in other hands, this kind of affirmation could come across as cheesy, amidst the good sense and good humor of Ask a Queer Chick, lines like this one strike the right note.

Throughout the book, King-Miller empowers readers to make their own decisions while standing firm in the places where there is no gray area. “Let’s be super clear,” King-Miller writes, “any queer community that attempts to exclude trans people is moving in the wrong direction.” In her chapter “If You Liked It, Then You Should Have Put a Ring On It,” King-Miller explores both the importance and limitations of marriage equality; elsewhere, she discusses the failings of “born this way” as a framework for understanding sexual orientation and gender identity. It is in moments like these that Ask a Queer Chick is at its best, offering lucid explanations—and sometimes critiques—of the contemporary queer rights movement. Whether she’s tearing down transmisogyny or explaining the biphobia inherent in the phrase “gold-star lesbian,” King-Miller gives the reader the tools to become an engaged and responsible member of the LGBTQ community, something that she makes clear should be integral to the life of any “queer chick.”

This is particularly true of a chapter on bisexuality that was, for me, one of the most necessary and informative parts of the book. In a time when biphobia and bi erasure continue to be pressing problems both within and outside the queer community, King-Miller draws on her own experiences as a bi woman to call out discrimination and offer insight into how to deal with it. King-Miller’s readers on The Hairpin taught her that people really, really want to know about bisexuality. If the number of pages in each section reflected how many questions she received on a topic, she told me, “bisexuality would have been half the book.”

Of course, Ask a Queer Chick is not universally applicable, but it doesn’t claim to be. King-Miller is aware of the areas in which she is less qualified to comment, bringing in trans voices to weigh in on some issues and pointing her readers towards further resources to fill in the blanks. As she told me, “Ask A Queer Chick is in no way definitive, but I hope readers will feel it presents them with options, and allows them to see some of the amazing potential their lives hold.” 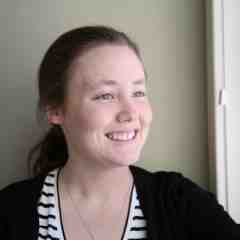 Maggie Cooper is a writer and teacher with an appreciation for fine cheeses, the U.S. Postal Service, and the great art of journaling. You can find her on Twitter at @frecklywench. 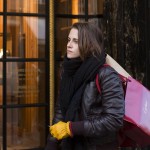 by Li Sian Goh
Personal Shopper is a documentation of the period right after everything falls apart and before you can begin to put it back together.