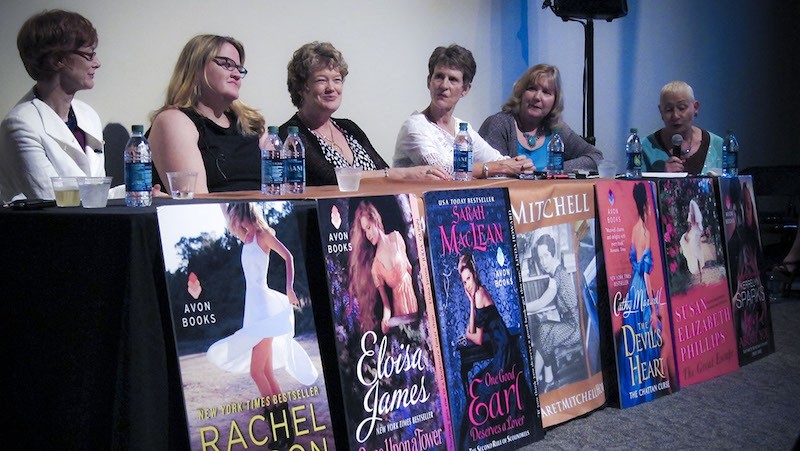 The documentary Love Between the Covers begins with these words on screen: “This is a story about pride. And also a story about prejudice.” These sentences echo back to what many consider the precursor of the modern romance genre, Jane Austen’s Pride and Prejudice. But the pride and prejudice referenced here are about the warring responses to the romance novel community today: the immense love that those of us in the romance community, both authors and readers, feel for the genre and the ridicule we often receive from those who do not read these books. Love Between the Covers, which debuted on the festival circuit last year, became available for on-demand streaming on July 12.

The world of romance publishing is clearly not perfect (see problems with: diversity, consent, gender stereotypes, and lack of LGBTQ representation, among other things). But there’s little to suggest that this billion-dollar industry deserves the totality of the derision it receives. Love Between the Covers, an energetic and heartwarming documentary, takes this all on, becoming the cinematic version of every romance novel reader’s favorite online rant, the “In Defense of Reading Romance Novels” piece.

I did not come to this film as an unbiased viewer. Anyone who is around me for even a short while learns of my insatiable appetite for romance novels quickly. Even for someone watching without my particular lens, this film does two important things: It shows the community that creates and consumes these books, and it highlights the entrepreneurial force and innovation of the women who drive this lucrative industry.

Director Laurie Kahn interviews a wide range of people, including editors at both major romance publishing houses and those running much smaller outfits, scholars, bloggers, book cover designers, bookstore owners, and agents. The film also includes an impressive roster of authors, including Nora Roberts, Eloisa James, Sherry Thomas, Jennifer Crusie, Brenda Jackson, Suzanne Brockmann, Nalini Singh, and Kristan Higgins. Kahn takes her cameras to the huge, annual Romance Writers of America conference, capturing the excitement as hundreds of readers and writers come together for a joy-filled and educational experience. She follows a busload of readers who go with Beverly Jenkins, a Black author who primarily writes historical romance with Black protagonists, as they journey through South Carolina, learning about some of the history Jenkins weaves into her work. There is a scene of authors reading passages from their books at a Lady Jane’s Salon event. Some of the most delightful clips show multiple authors and/or readers getting together in groups and talking about how much they love romance novels, why they love them, and how these books have altered their lives for the better. You learn that the romance community is vast but also open and happy.

Love Between the Covers - Official Trailer from Laurie Kahn on Vimeo.

Yet, many of these women are not simply fans of the work or even just authors; they are innovators and entrepreneurs, too. In Love Between the Covers, we learn that Len Barot (a.k.a. Radclyffe) was writing three books a year while she was still a surgeon. And when Barot wasn’t happy with the lack of lesbian-themed novels in the market, she created Bold Strokes Books and began to publish them herself.

In the film, Kahn follows Joanne Lockyer as she publishes her first book independently as an e-book, a perfect story for this genre. Mark Coker, founder of Smashwords, a distributor of indie books, says in the documentary that “romance writers have led the e-book revolution. Romance authors have been the most innovative, the most experimental, the most forward-looking.”

We also meet Kim Castillo, an avid romance reader who is now her family’s breadwinner because of her job as a personal assistant to multiple romance authors. Many romance authors are professionals working other jobs and writing at night and on the weekends. They don’t have time to manage the additional parts of being an author, like scheduling and maintaining a presence online. The film shows how Castillo saw this need and stepped in to fill it. You come away understanding that these women are doing it for themselves and, with their business savvy, are fueling one of the largest markets in publishing.

I do have one quibble with the documentary. While the film itself does a good job capturing the diversity present in romance, it does gloss over the ongoing problems within the genre. At one point Eloisa James calls it a “meritocracy,” but this is not the case for the way publishing handles diverse authors and titles. Beverly Jenkins says in the film that when she got into the romance world, “there was nothing for someone who looked like me,” and there were “definitely no stories for dark-skinned women.” There’s a sense in the narrative of the film that these issues are now solved with the presence of authors like Jenkins and Brenda Jackson. However, the topic is still contentious in the romance community’s robust and prolific blogging and social media world (though many handle it with care and empathy). While the documentary’s website has very good resources that provide more insight into this issue, it would have been nice to see a more rounded discussion onscreen.

Still, overall, Love Between the Covers is a thoughtful and thorough documentary about a part of pop culture that rarely gets either treatment. Early in the film, Jenkins describes the women who write romance. With her typical flair for words, she says, “We are the shit.” After watching Love Between the Covers, it’s hard to argue with that.

Relevant: The Love Below 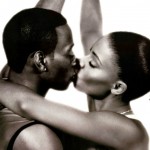 by Evette Dionne
What the Obamas have built in real life is available to other Black people through cinema.