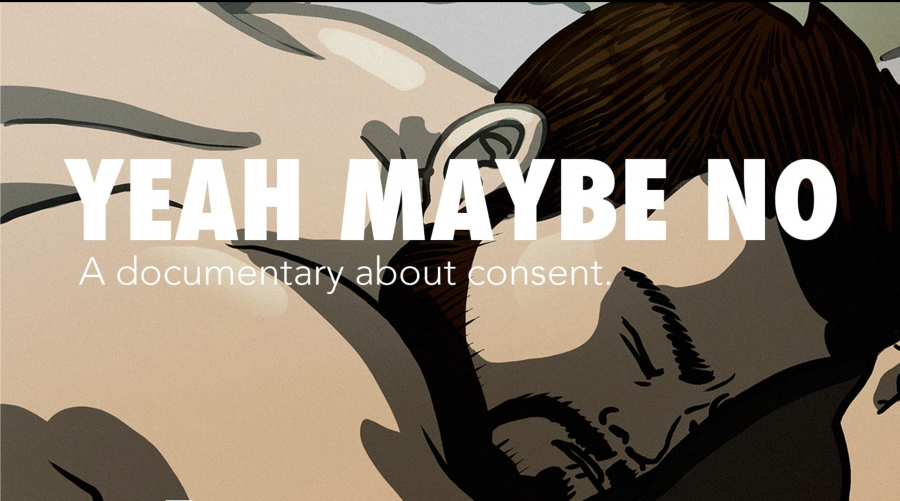 The first time Blake was assaulted, he was at a college party. Passed out and drunk on a mattress, Blake was fondled by a guy he met earlier that night. Two strangers watched.

Blake’s complicated experiences are at the center of a new documentary about consent and sexual assault among college students, Yeah Maybe, No. When director Kelly Kend first heard Blake’s stories, she was conflicted. Blake’s first experience of sexual assault was clearly that: Heavily inebriated, consent wasn’t possible. But what about the other instances? Does “tickling” count as sexual assault? Was his boyfriend’s behavior coercive? He never forced him to have sex, technically, and Blake never said “no” or resisted sexual acts with his boyfriend. Did that add up to proof of an assault or just proof of an unhealthy relationship?

But then Kend asked another question that changed her perspective altogether: Who am I to judge?

That question is at the crux of Yeah Maybe, No. Funded by a 2014 Kickstarter campaign, the film takes us through Blake’s experiences—and, eventually, Kend's own—as we explore the aftermath of sexual assault, the culture of consent, and school administrative responses to sexual assault cases. Instead of offering a clear indictment of any specific cases or legal policies involving sexual assault, the film asks questions: How do we define assault? How do we define consent? And who gets to decide?

The film begins in the present: Blake, who recently graduated from Reed College, discusses his current sexual anxiety due to his experiences as a student. As Blake takes us back in time to talk about his history, we get a brief overview of various sexual assault topics and issues. Clinical psychologist David Lisak, Reed College assistant dean of students for sexual assault prevention and response Jyl Shaffer, and Kend herself discuss survivor self-blame, myths about who can be a rapist, and the necessity of believing—and validating—survivors.

None of these topics are particularly groundbreaking for those who are already well-versed in sexual assault issues. Because of that, Yeah Maybe, No seems best suited as an educational film to be screened for high school students or incoming college freshman, who might be the most ill-informed about consent.

The second part of the film provides particularly valuable insight into our culture’s evolving understanding of consent by focusing on California’s recent law mandating that all colleges and universities use standards of affirmative consent (“yes means yes”).  Now, “yes means yes” is the standard for consent in campus adjudication processes around sexual assault in that state—previous law assumed consent unless the victim emphatically said no or fought back.

Under this new law, for instance, one could argue that Blake’s experience in his dorm room was, in fact, sexual assault. An enthusiastic yes wasn’t present. And by highlighting how this new law changes the way we define assault narratives, the film reiterates the importance of enthusiastic consent in sexual encounters.

“[Critics] claim these laws criminalize normal sexual behaviors,” says Kend. “And it’s true—a lot of people don’t get an explicit yes before they have sex. And a lot of people go along with what they’re doing, until they hear a no or feel resistance. But it’s true that a lot of non-consensual behaviors are considered normal.”

But how would we shift those attitudes? Solutions for how to change cultural narratives that promote non-consensual behaviors are missing from the film. What would that kind of education look like? When would it begin? How would we reframe national conversations about adolescent sexuality? It’s a huge and complicated question, but it’s one the film could have delved into further. Talking about boundaries and consent not just within the context of the judicial system, but in the context of interpersonal relationship satisfaction and pleasure could have been one way to do that.

Nonetheless, Yeah Maybe, No provides an honest and frank viewpoint on sexual assault and a rare, personal discussion of boundaries. Kend opens up about her own experience of assault—when she, at age 12, was raped by an older boy at a theme park—and the victim blaming that followed and that obscures our culture’s understanding of sexual assault. Her words in the film are powerful:

This is the sort of victim blaming that Yeah Maybe, No challenges us to reevaluate.That’s another reason this film is great for young people: It breaks down sexual assault issues in an easily digestible way, while also challenging harmful preconceptions associated with them. The fact that the film focuses on a male survivor’s story is also important: Queer male survivor’s stories—as well as stories of male survivors in general—are hard to come by. That’s partly because there are fewer male survivors of assault, but also because of harmful perceptions of masculinity and male sexuality that stigmatize victims. This film will help further that crucial conversation.

And it should help spur a national conversation that’s already begun: More than ever before, students at colleges and universities around the nation are demanding their schools comply under Title IX. In her film, Kend highlights some of these students—such as Emma Sulkowicz, a Columbia student who protested the university’s failure to respond to her sexual assault last spring by carrying her mattress wherever she went. By highlighting current cultural ideas of consent boundaries with the aid of personal narratives, Kend’s film gives us the tools to ask the questions we now need answered: How might we stop the normalization of non-consensual behaviors, what are these behaviors, and what does education have to do with it?

But maybe I’m getting ahead of myself. Perhaps that’s fodder for Kend’s next film.

Yeah Maybe, No is available for educational screenings; if you'd like to bring the film to your university, you can contact the director here. Until January 26, and with the code “BitchMedia,” Bitch readers with a Vimeo account can also rent the film for $1.99 on Vimeo On Demand.

Thanks so much for the review! In order to Bitch Readers to rent the film, they need to use the promo code "BitchMedia" at checkout. Thanks!

Relevant: Over 1,000 Police Officers Have Been Fired over Sexual Misconduct 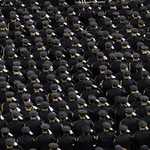 by Victoria Law
During a six-year period alone, 1,000 officers lost their badges for sexual misconduct—and that’s only the ones we know about.