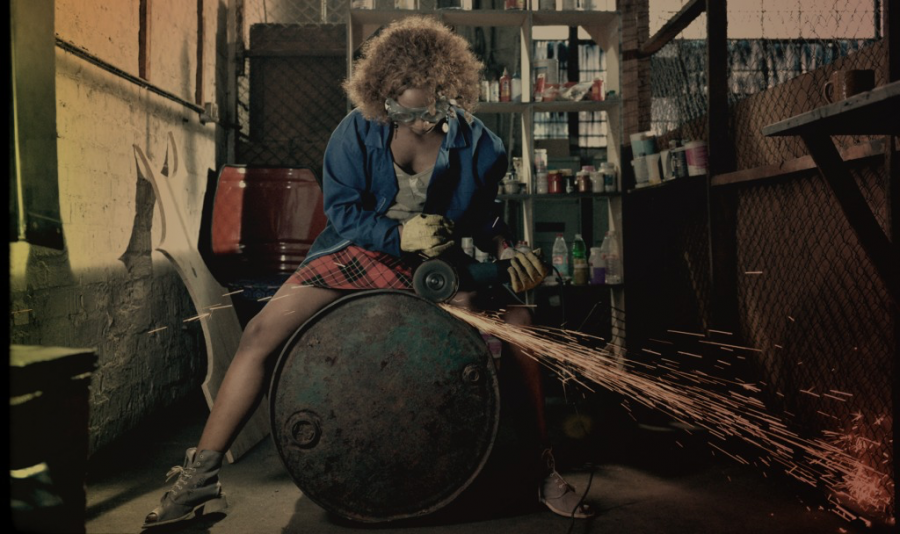 Ayanda is the lead female character I’ve been waiting for.

In South African director Sarah Blecher’s coming-of-age drama, Ayanda, a young woman struggles to save her late father’s car repair shop as she also tries to preserve her memory of him. Set in the bustling, colorful Johannesburg suburb of Yeoville, the film puts South Africa’s contemporary Black youth culture into sharp focus. It centers on an engrossing 21-year-old mechanic who’s full of life, stubbornness, wit. Vibrantly played by newcomer Fulu Mughovani, Ayanda’s journey comes to symbolize tensions between old and new, tradition and change, and history and memory can be a force of imprisonment or freedom—particularly in South Africa.

In a lively conversation with director Sarah Blecher, we discussed the need for more complex female lead characters in film, why painting the African continent with one brush is boring, and how South African youth are defining their own unique place in contemporary culture. Distributed by Ava DuVernay’s company, ARRAY, Ayanda will open in New York City, Los Angeles, Washington DC, and Atlanta this Friday before expanding to other cities.

NIJLA MU’MIN: Can you talk about the conception and development of the film and story? Was it a story you had a role in creating, or was it presented to you? What drew you to directing this film?

SARAH BLECHER: It was a story I had a role in creating. About five years ago, I took my daughter who was 15 at the time to go and see Juno. It was the most extraordinary experience watching her change while she watched that movie. In some ways, the character of Juno was someone that she never thought about. It was like possibilities for her life that she never considered. I realized at that time what was really missing for young African girls, in particular, because I come from South Africa, was alternative kinds of role models. From that moment, I decided I wanted to make movies for African women.

Fulu Mugovhani gave such a beautiful performance as Ayanda. I’m definitely a fan of hers after seeing this film.  We often see female characters who are underdeveloped and without internal life, and Ayanda has so much. Can you talk about working with her and about creating the character?

The audition process to find her was a complete and total nightmare. We needed to find a young actress who had never been in a film before and who could carry the entire film— literally be in every single scene—and also someone who was different. The character is definitely not the girl-next-door, it’s not the kind of character you’ve seen in anything before. What we wanted it to be was a unique character. Fulu was that person. When she walked in for the audition, it was like Ayanda walked in the room. Fulu is a dream. She really inhabited the character. She’s extraordinary, so I think a lot of the character came from Fulu herself who very much is that independent, strong woman who is prepared to acknowledge their mistakes and try and grapple with it.

The film’s original name was Ayanda and the Mechanic, and the film has a special emphasis on Ayanda’s need to preserve her father’s auto shop, and through that, preserve memory and deal with the grief of his death. There seems to be a running theme of cars as objects of memory and history for people. What were you trying to convey with the focus on automotive memory and Ayanda’s growth in the film?

I think those are two separate things. The one thing is that, particularly with the cars, we are trying to create a sense of what Joburg is currently. It’s this melting pot of all these different people with their own separate pasts, who come from all over the place—much like New York City and Los Angeles. It’s a melting pot of all of these cultures and we wanted the cars to represent that. So with each car that she finds, the idea was that it represents the history of the person who owns that car, and their life and their struggle.

South Africa is at a point where if we don’t actually engage with our past in an honest and real way, we are going to be stuck and we’re not going to be able to move forward into the future. I think this is like Ayanda’s struggle throughout the course of the movie. She’s gotta try and grapple with her father and the day he died. Until she can honestly look at that moment, the moment when the whole family got stuck, she isn’t able to go forward.

I think while the film is very intimate and personal, it definitely has these tensions between the contemporary youth culture in South Africa and specifically in Johannesburg, and their parents, foremothers and forefathers historical lives and political tensions that I really picked up on.

Yeah, absolutely, that’s something that’s happening with the young kids in South Africa at the moment. With the internet and everything in the modern world, South African kids have access to reach the world. They really do. If you think about South Africa when there was apartheid when I was growing up, everything was isolated. South Africa was like an isolated little spot that had no access to the culture and creativity that was going on all over the world, but that’s not the way it is now. Everybody accesses the modern world and I think what the kids currently are grappling with is how to marry what’s going on in the modern world without leaving [behind] their own culture and their own sense of African-ness. Some really extraordinary art and music and culture is coming out of South Africa at the moment and I think that’s really exciting.

It’s definitely exciting.  There’s been a lot of talk lately about another film, Beasts of No Nation, which is shot in Ghana, and whether it furthers the same type of images we see of African people and doesn’t allow for the specific nuances in African cultures and countries to exist. But in Ayanda, we get this very vibrant, youth culture in South Africa—full of specificity, depth, and internal conflict in its characters, which is unrelated to war or violence, but rather rooted in memory, love, and betrayal. How important is it for you to direct films that steer away from mainstream tropes around Black African characters, if at all?

When you think of African film, you think of disease and AIDS, and poverty and war. Really, there is all those things—in South Africa AIDS is horrific, poverty is horrific. But there’s also so much more and people actually live lives and live creative lives. There’s a lot going on and I think it’s important to have films about that. I’m not saying you shouldn’t make films about violence, or you shouldn’t make films about poverty, because you should. But that isn’t all that’s going on and it’s certainly wrong to paint an entire continent with one paintbrush. It’s not only damaging, it’s boring. 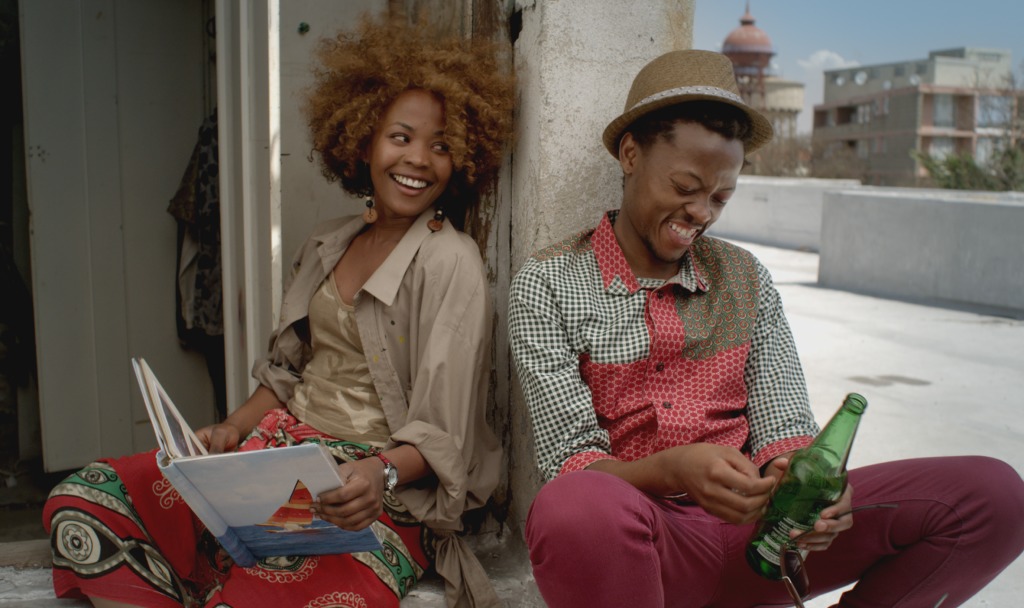 I’m wondering what are your motivations—I know you mentioned the experience of your daughter seeing Juno—but other motivations for portraying the complexity especially of Black, African characters?

Because I think that’s there’s so much interesting stuff going on that isn’t talked about and stories that aren’t being made. It’s really going on and it’s a real part of the landscape of our country. I can only make films about things that interest or fascinate me and it totally interests and fascinates me.

Yeah, definitely. Recently, there’s been quite a lot of xenophobic violence in the country, which is really horrible. But the place Yeoville where the movie takes place is like the Lower East Side where all the immigrants arrived. Everybody comes into the city and settles in Yeoville, starts up businesses, and then as they get successful, they move out of the city and then the next wave of immigrants comes in. And during all of the xenophobic violence, it was extraordinary that there was no violence in Yeoville. Yeoville is like the one place in Joburg with almost all foreigners mixing with South Africans. I was so fascinated by this because in a way, that’s where the future of the country has come from.

We have to get beyond the place where there’s this xenophobic tension and actually start to understand what each new wave of immigration brings with it, which is its stories and struggles but also its knowledge and way of doing things. I definitely wanted to showcase that neighborhood. The photo interview was the device to do that, to take all of the different characters in the story and give their backstory, so that there’s a sense of how everyone comes from all over the world. Then I actually met Anthony, the guy who plays himself in the movie. He’s a real guy and he goes around Joburg taking these extraordinary photographs of urban culture.

You know, that makes me so happy because it was so intentional. The love story is there, but every time you have a woman, it doesn’t have to be the central part of their story. Their story can be multifaceted about many different things. Especially when you’re 21, the love story isn’t the whole story.

It opened in South Africa three weeks ago, and the feedback has been amazing. I think people are finding it incredibly fresh and different and it’s something that we haven’t really seen in South African cinema before. When I was making the movie, I had to tell everyone, “We’re making a movie and the main character is a woman and it’s basically being made by a team of women and there are no guns, no drugs, no car chases and one little tiny sex scene.” I think that’s exactly the antithesis of what most South African movies are because most of South African movies have lots of guns and lots of car chases and female characters are sex objects for the male characters so there’s lots of sex scenes. I think people are really responding well to the film, particularly women. I think for women, for the first time [they’re] seeing a film that is made for them. 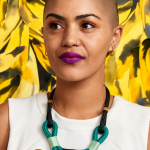 by Maneo Mohale
“I want [audiences] to see a different version of a woman of color from South Africa than they thought possible."