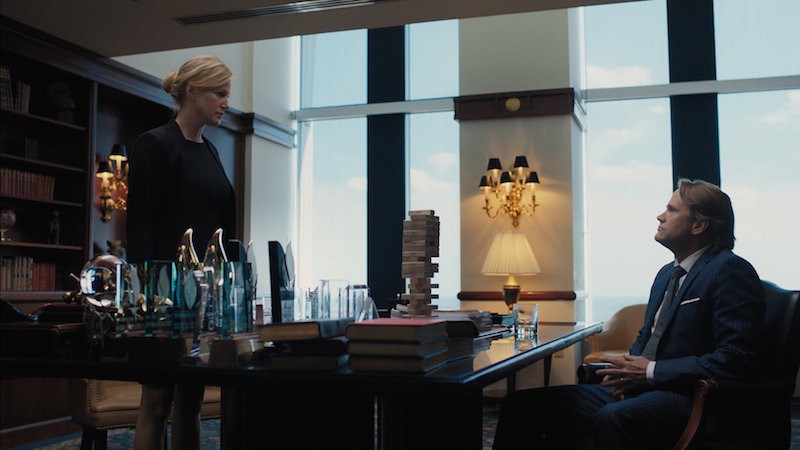 There has always been something sexy about Wall Street. We love stories of whispered deals, liaisons in the backseats of limos, and transgressions both romantic and fiduciary. In the ‘80s and early ‘90s, Hollywood mined the world of high finance for both it and its players’ juiciest intrigues with movies like Wall Street, 9 ½ Weeks, and The Bonfire of the Vanities. Today, films like The Wolf of Wall Street, which take a dim view of corporate culture, still let viewers enjoy the sight of hubristic demigods living large before the fall. The one thing Hollywood has never appeared to wonder is what life is like for the high rollers who actually play by the rules. As director Meera Menon’s new film Equity demonstrates, focusing on these players can also mean showing audiences another overlooked group: the women of Wall Street.

Equity is carried by three women: Erin (Sarah Megan Thomas), a vice president concealing a pregnancy in order to protect her career; Samantha (Alysia Reiner), an investigator searching for white collar crimes; and Naomi (Anna Gunn), an investment banker trying to put a recent defeat behind her as she organizes an ambitious new deal. Naomi and Erin orchestrate an IPO deal with a social media company whose founder, Ed (Samuel Roukin) is a hoodie-wearing coder-turned-tycoon, instantly recognizable to anyone familiar with either Mark Zuckerberg or his various thinly veiled fictional doppelgangers. Ed is a brilliant boy who can make his decisions based on whim and desire and the basic faith that he provides a service the world needs. The women who surround him—and whose acumen he must rely on, whether he likes it or not, to achieve true success—inhabit a very different reality. They know their careers are constantly jeopardized by the simple fact that the best they can do is prove they are as good as any man, and that even this may not be enough. 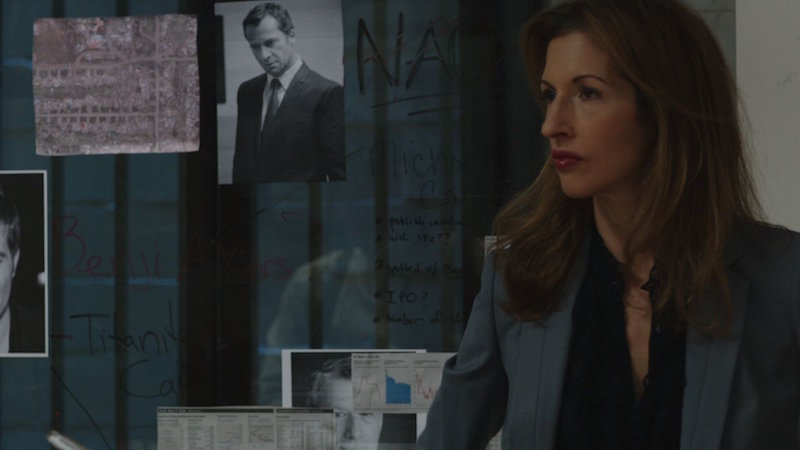 Some critics have already pointed out that Equity is one of the only Wall Street–centrics movie to focus on women characters since 1988’s Working Girl and 1996’s The Associate. Beyond asking “Dear God, what year is this?,” it’s also important to note the vast differences between the 1988 vision of Wall Street and today’s. Working Girl was an adorable popcorn-and-empowerment movie featuring Melanie Griffith as Tess McGill, a Staten Island secretary desperate to get her foot in the door with a starter job in corporate America. Tess’s dreams come true when her cold, blue-blooded boss (Sigourney Weaver) is incapacitated, leaving Tess free to slip into her couture and make use of her invitation to the prince’s festival—I mean cocktail party. She meets the prince of finance (Harrison Ford), orchestrates a very important merger, and ends the movie on her very first day at a new job in the corporate kingdom she once dreamed of reaching. It’s a sweet little fairy tale that was warmly received during its theatrical release nearly thirty years ago—in no small part, we can now imagine, because of the question it did not address: Once a woman gets all that power, what will the world let her do with it?

Equity is dominated by this question. To an extent, the film’s promotional materials have marketed it as a financial thriller, and that’s a shame: It isn’t one. At its best, Equity is a character study about what women do to succeed in a world that was never designed for them and continues to regard them, all too often, with either dismissiveness or open hostility. The women in Equity know how to work with men and even how to enjoy them on occasion. They work with them, they broker deals with them, they flirt with them, they best them and are bested by them, and they even have sex with them sometimes. The one interaction they cannot risk is intimacy: The sequence of events that threatens Erin and Naomi’s best-laid plans comes not from any unearthed history of insider trading or unethical practices but from a different kind of lapse in judgment. A woman talks to a man and lets her guard down for a few crucial moments, letting him know more than he should. That’s it. That’s all. In the Wall Street thrillers we are used to, men lose it all because they are greedy, self-obsessed junkies too busy craving their next fix of power or pleasure to bother thinking about the rules. In Equity, women are in danger of losing it all because they are human, and therefore vulnerable, and bound to fail in a world that courts their failure at every turn. 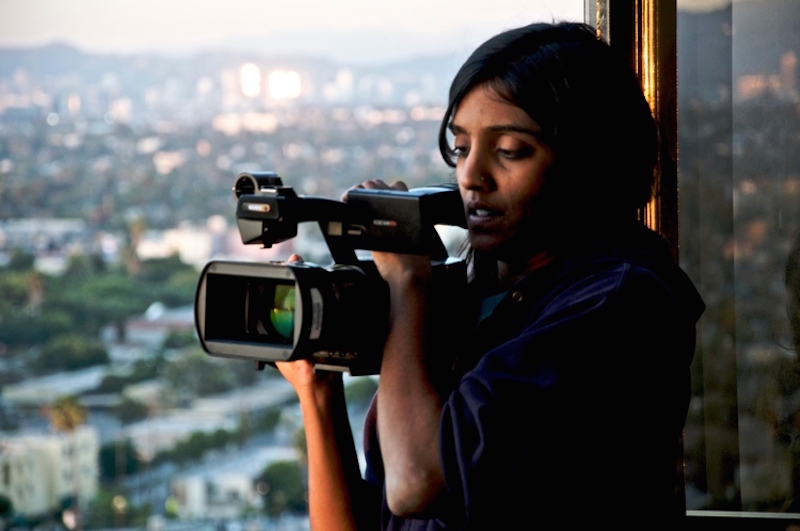 Equity has already achieved a lot of firsts—too many, in fact. It should not have to be such a novelty for a film to explore this territory, but Equity proves that we would be cheating ourselves if we didn’t mine as many stories as we can from the vein it has opened. Equity doesn’t quite manage to be a character-driven film, which is disappointing because Gunn’s (who is best known for her amazing work on Breaking Bad) understated performance allows us to see a woman whose entire character is subject to tight control: In this world, it quickly becomes clear to us, there is no other way for a woman to survive. Instead, the film spends too much time unfurling its central plot, and gives short shrift to its most compelling moments, which arrive when the audience is given the opportunity to understand the women who carry that plot forward. As viewers, we can only hope that future films will give us yet more opportunities to study women like these and to fully appreciate the price of their success.