New Film “The Handmaiden” Both Thrills and Feeds the Soul 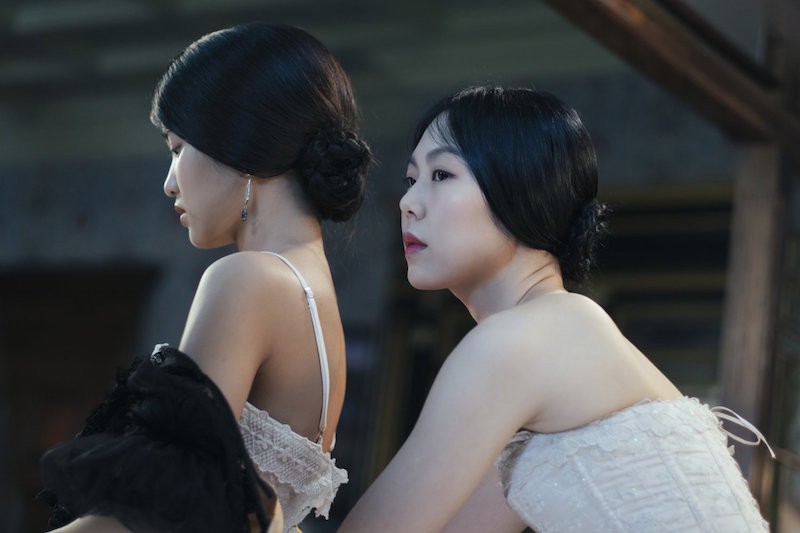 The Handmaiden, director Park Chan-wook’s new film adaptation of Sarah Waters’s lesbian Dickensian novel Fingersmith, succeeds on nearly every level imaginable. The drama combines the sumptuous art direction and black humor of Park’s past work with a warmth and compassion that feeds the soul.

As an avid fan of both Park’s oeuvre and Sarah Waters’s work, when I heard in 2014 that Park had signed on to direct an adaptation of Fingersmith, my excitement was so high that I’d Google the film every month until it debuted at Cannes, whereupon I began Googling it every week. There can be no pretensions to objectivity here. I can only say that I was hyping up the film in my mind so much, I was worried it would disappoint me when it premiered in the United States last week. When the first reviews from Cannes came out, the phrase “lesbian erotic thriller” was used quite often, making me worried that the film might be exploitative of its queer characters. I also worried that Park’s past thoughtful portrayals of women’s experiences—so well depicted with black humor in, say, Sympathy for Lady Vengeance—might be upended in favor of something altogether less sympathetic. Despite steeling myself for every possible letdown, I was not disappointed. 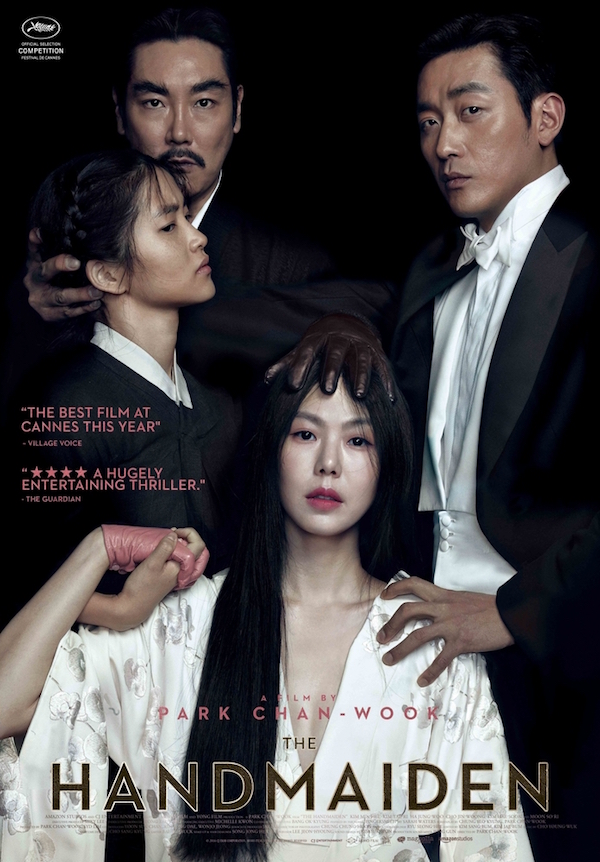 In The Handmaiden, Sook-hee (Kim Tae-ri) is a young pickpocket who is drawn into a conman’s scheme to seduce and marry the wealthy Lady Hideko (Kim Min-hee). After the wedding, the conman plans to assume control of her fortune and relegate her to a psychiatric facility. Sook-hee’s role in the affair is to serve as the noblewoman’s handmaiden, gently encouraging her to fall prey to the conman’s seduction. In Park’s adaptation, the story is transposed to an early-20th-century Korea under Japanese colonialism. The film defies heteronormative expectations and cultural ones, too—Lady Hideko is a Japanese noble who has lived in Korea for nearly her entire life and, unusually, speaks Korean to her Korean servants.

The success of the film comes from its combination of the kind of perfectly composed art direction that populates Park’s previous work and, remarkably, a compassion that doesn’t usually animate Park’s films. What makes The Handmaiden unusual is the significance of that chilly, sensual sensibility, something the protagonists rebel against. Amid the carefully crafted scenes set in ornate libraries and drawing rooms, involving elaborate shoes, gloves, and dresses, a languid Lady Hideko in silken apparel murmurs, “No sun ever shines here…” The most emotionally fulfilling sequences in the film are set against the pastoral warmth of a green meadow, a worn-down brick wall, and a rowboat on a calm river. It’s no coincidence that one of the Japanese noblemen antagonists in The Handmaiden declares, “Japan is beautiful. Korea is ugly.” To him, Japan represents the height of human civilization, while Korea is backwards, inferior, and improved by colonization. Park’s direction subtly suggests that he is wrong, that highbrow aesthetic objects like books, beads, and dolls can be repurposed as tools of cruelty even as they represent the height of human achievement. 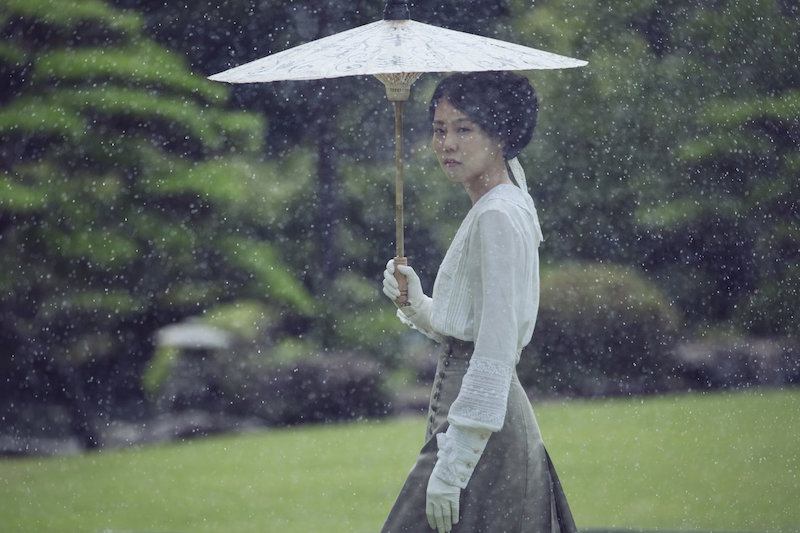 And this brings me to the heart of my great love for The Handmaiden: For all that the film’s been touted as a sensual psychological thriller, it’s also a deeply genuine and compassionate story about damaged individuals and the salvation they find in each other. It would be wrong to say that the protagonists don’t cross each other. Yet the heart of Kim Min-hee and Kim Tae-ri’s chemistry with each other is silly, earnest, and—you slowly come to realize— besotted. Kim Tae-ri is particularly good at this, assuming a kind of bumbling affect more commonly seen in rom-coms. It’s a breath of fresh air, especially given the oppressive atmosphere of the great house the film is set in. To be sure, The Handmaiden is a film about kink and erotica, power and control. Yet within this larger depiction of sexuality as something quite chilly and mechanical, to be used exclusively for the titillation of men, the protagonists’ sexualities stand out as the only part that’s kind and alive and real.

Overwhelmingly, the film’s a romantic one: the kind where romance feels earned, not merely formulaic. I wept at the climax of the film, my tears uncontrolled and cathartic. For all the research I’d done on the film before its debut, I hadn’t expected it to elicit the kind of emotional reaction that reaches somewhere deep inside of you. It’s a rare and wonderful film that can make you feel, somehow, like you’ve lived the life that the film so gently raises to the light. That is the powerful importance of representation, queer or otherwise. That is the raison d’etre of art.