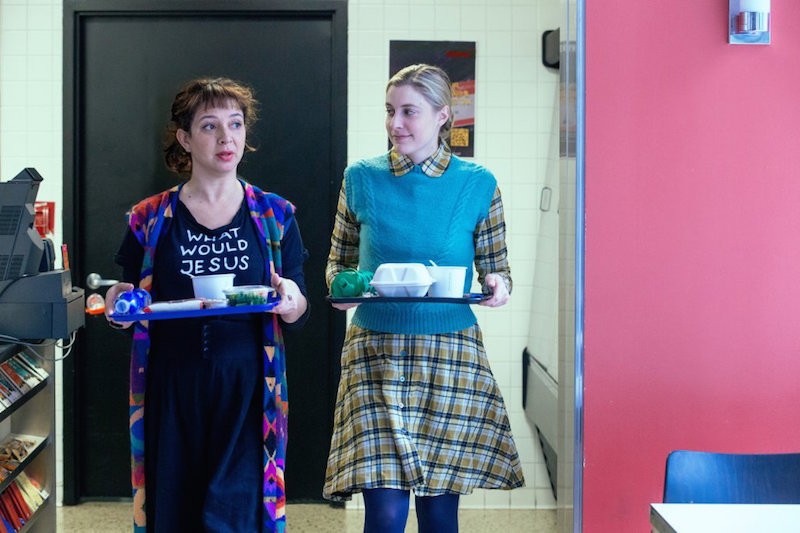 Traditionally, romantic comedy plots center on the dating mishaps that lead to the two protagonists (one male, one female) shacking up in the end. But what happens after the guy and girl get together? What happens when the girl actually has her own plans that may or may not involve the guy? New film Maggie’s Plan examines these life questions that are merely a postscript in most rom-coms.

The film, written and directed by Rebecca Miller, was based on parts of an as-yet-unpublished novel by Miller’s friend, editor and novelist Karen Rinaldi. The full manuscript, pointedly titled The End of Men, is scheduled for a March 2017 release.

The first thing we learn about Maggie (Greta Gerwig) is that she wants to have a baby. She’s young, in her early 30s, chronically single, and she doesn’t want to put off having a baby until she meets a suitable life-partner.

“I don’t want it to be a last resort,” she says to her friend Tony (Bill Hader), “I want it to be a choice.” She’s ready to be a mother, she tells him, and she doesn’t believe she can love a man (or a man can love her) for long enough to make co-parenting viable.

Maggie’s self-assured, controlling attitude toward her own life trajectory is thrown askew when she meets John (Ethan Hawke), a “rock-star fictocritical anthropologist” in wire-rimmed glasses who is an adjunct professor at the same college where she works with art and design students. Maggie and John meet-cute in an administrative mix up and then quickly bond over the novel he is struggling to write: He gives her pages (yes, in the park, because yes, of course he carries a copy at all times), she gives him suggestions and tells him how brilliant he is.

But their blossoming love has some obstacles: Maggie is still planning on inseminating herself with sperm belonging to an old acquaintance (a “pickle entrepreneur”), and John is married to the brilliant Georgette (Julianne Moore).

The film’s funniest scene, ahem, comes early. Maggie’s sperm donor shows up to her apartment to deliver his goods but has forgotten to actually extract them. Never one to let a potentially awkward situation stand in the way of her plans, Maggie lets him use her bathroom to do the solo deed, but not before he offers to inseminate her “the old-fashioned way,” a suggestion she firmly rejects.

After Guy leaves, Maggie inseminates herself in the bathtub with a needleless syringe and then, immediately, John rings at her door. In an attempt to keep flat to help the whole fertilization process along, she crab-walks to the door and answers the buzzer with her outstretched foot. But when she must stand to answer the door, she drips semen all over the floor, wiping it up clumsily before letting John in. He is, of course, there to profess his love, that he wants to be with her and only her, and the scene ends with them, predictably, in Maggie’s bed.

Read This Next: Steven Universe's Quiet Gender Revolutions
Read This Next: As a Biracial Woman, It's Powerful to See “The Mindy Project” Explore Identity

In the next scene, well before the film is even halfway over, Miller bumps the plot forward a few years: Maggie and John are now married, and he’s still writing that same damn novel. Had we followed their love story in a traditional slow, drawn-out manner at the movie’s start, this jump in time might be too jarring to work. But the bulk of the romantic backstory happens in the first few scenes in the film—plus it’s laid out in the film’s trailer. As a result of this unusual move, Miller is able to focus on the aftermath of Maggie and John’s coupling rather than the coupling itself. 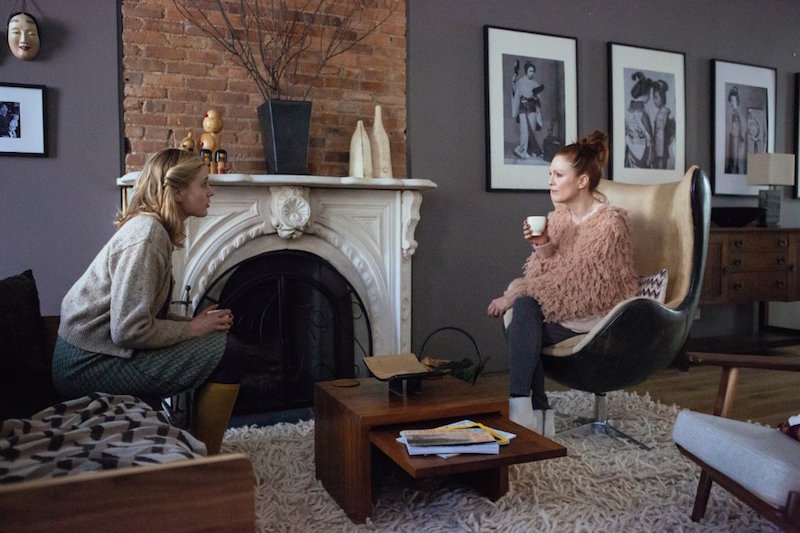 Greta Gerwig and Julianne Moore scheming together in Maggie's Plan.

While it’s about a love triangle, Maggie’s Plan is not about two women fighting over one man. It is about those two women deciding whether or not he can fit into their own lives. Gerwig’s electric performance shows a woman who is determined to get what she wants and is unsatisfied with leaving her life up to fate, a woman who is still allowed to change her mind even when she thinks she has it all.

Maggie begins to realize her life revolves around John’s creative whims as he toils away on his ever-unfinished novel. “I feel like your intern or your nanny,” she tells him at one point. So, disillusioned with her marriage, instead of leaving her husband “like a normal human being,” as her friends lament, she plans to leave John by plotting to get him back together with his ex-wife, Georgette. This unlikely scheme is the film’s central conflict.

Moore plays Georgette as a cold, intelligent, high-powered (read: tenured) professor at Columbia with a hilariously (and hopefully intentionally) terrible Scandinavian accent. The contrast between this accent and the seriousness with which she delivers her lines allows the viewer to crack through the otherwise impenetrable facade of Georgette’s character with a little bit of humor. Georgette isn’t pigeonholed as “the icy wife,” though; as the film progresses she develops into a full, vibrant character. But like just about every other character in this film, she never stops being a little bit insufferable. 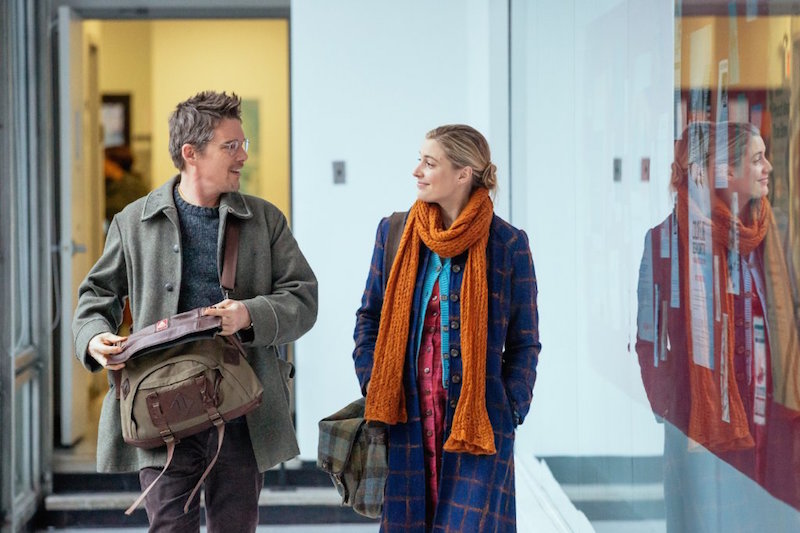 Maggie’s Plan makes pointed jabs at the elite, white culture of academia. In one scene, Georgette lovingly tells John, “No one unpacks commodity fetishism like you do.” The overall tone of the film—being of a culture but biting it—makes most of the characters worthy of a good eyeroll. Unfortunately, the characters’ lofty privilege is never really addressed outright, either. In one annoying scene, Maggie and John go on a “local adventure” to Chinatown—a scene that perpetuates the idea of the exoticised other and of that other as dangerous, and which highlights the film’s overwhelming, almost complete whiteness. Amidst this, the most accessible and down-to-earth characters in the film are Tony and his partner Felicia, played by Maya Rudolph, who shines in the role of a dance instructor at the college and who we first see wearing a t-shirt that says “What Would Jesus Buy?”

You could argue that depicting a woman whose primary desire is motherhood is sexist and trite, and that not even a Kathleen Hanna cameo could make up for that. But ultimately, this is a film about choice. Maggie tells us this right away: her desire for a baby is a choice, and she’s willing to make it alone. It’s a choice, too, for her to do something about her growing disappointment with her marriage.

Read This Next: Steven Universe's Quiet Gender Revolutions
Read This Next: As a Biracial Woman, It's Powerful to See “The Mindy Project” Explore Identity