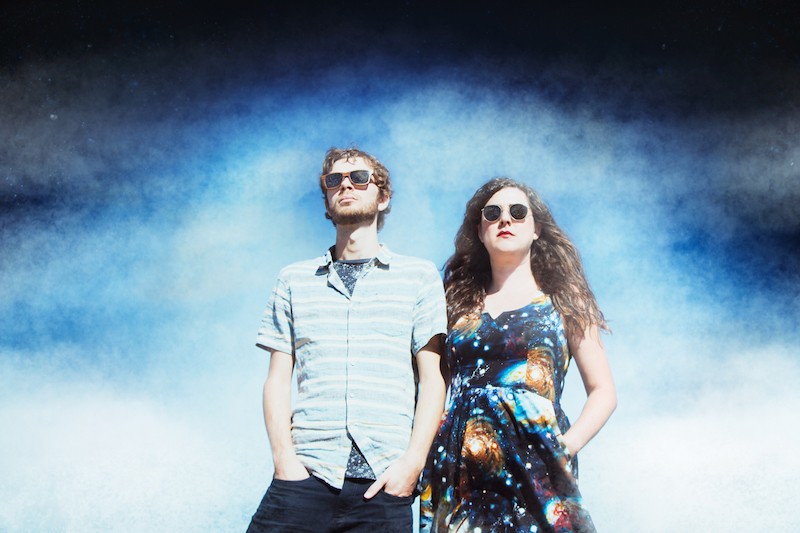 Kaila McIntyre-­Bader was a talented pianist when an accident changed her life: She crashed on her bike and broke both her elbows.  Unable to play the piano, she passed the time experimenting with new sounds on the program Garageband. “I could not feed or bathe myself, and I couldn’t open doors or brush my hair,” says McIntyre-­Bader. “I became so reliant on other people that having a moment to push buttons in Garageband became a respite from constant dependency.” After being an dedicated acoustic musician for years, she was surprised to find that making music on a computer could be so fun. She began challenging her partner Luke Bace to recreate her Garageband tunes on synthesizers. The game became the basis of a new band: Bows, named in honor of Kaila’s broken elbows.

Bows is self-releasing their debut LP, The Day We Left, on May 27th. The album is built around a sci-fi narrative: The songs tell the story of a young woman who survives to the end of Earth after radioactive warfare takes out most of the population. “Each song describes her journey as she deals with her grief and loneliness. It also addresses a bigger issue: the human inclination to start wars and use every resource up, which ultimately ends in much suffering,” says McIntyre-­Bader.

Single “Going Going Gone” is the fourth song on the album—listen closely to the lyrics and you’ll hear how the protagonist is forced to leave Earth behind her as she sets out to be part of a new planet.

Read This Next: Tacocat’s New Album Riffs on Mansplaining, “The X-Files,” and Horse Girls
Read This Next: A Female Beatmakers Collectives is Reshaping Electronic Music Culture 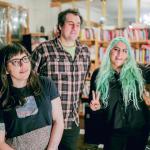 by Sarah Mirk
I love the way Mulligrub describes themselves: “Bittersweet but mostly bitter.”