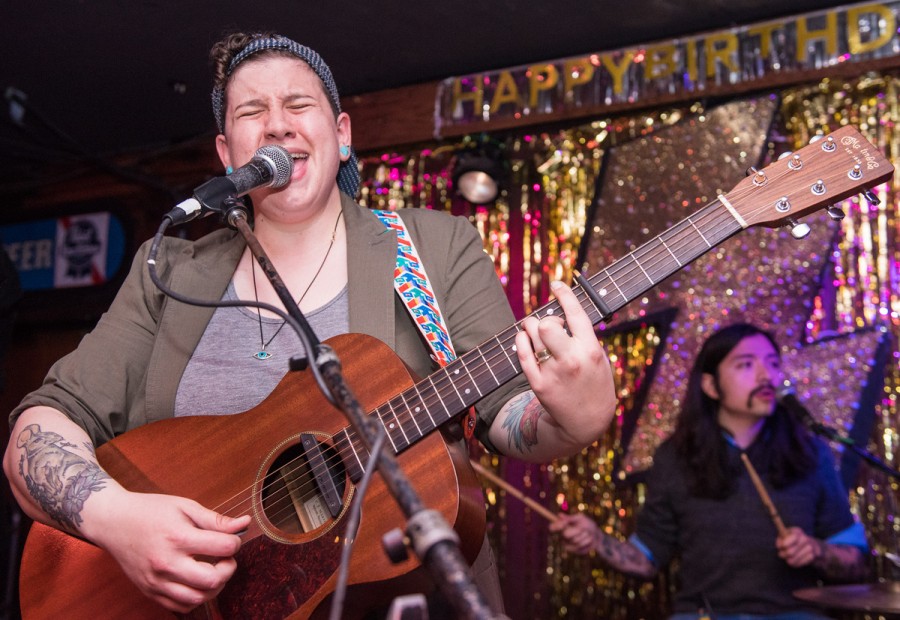 Lizzy Lehman of Carry Illinois. Photo courtesy of the artist.

How does one start again? When is the end really the end, and when is the end a seed to the next beginning? Austin, Tex. band Carry Illinois found itself grappling with those questions in March 2016, when a founding member of the band died tragically. Bandleader Lizzy Lehman found herself unable to write for months, as the remaining members decided whether or not to keep making music together. By November of that year, they had decided to keep working. Lizzie wrote a collection of songs processing her grief, the band selected a new bassist, and musician and recording engineer John Vanderslice offered to produce the tracks that emerged that winter. The result is Garage Sale, to be released May 12th. These six songs are heartbreaking, but not devastating. This is music from a band that stared death in the face and chose to live. Lehman’s voice is strong even when it wavers. The album’s standout is “Little Shell,” all sharp lyrical edges and raw, searching lyrics about facing a world of uncertainty. But it’s album closer “Goodnight” that best captures the tone of the album, wading into the dark to get through to the light. “Why is it so hard to restart?” Lehman asks, and then, an answer to herself: “I look at all my friends, my dearest family, wishing happiness to call and take the place of agony.” There is no solving the problem of grief, but there is always the possibility of new happiness alongside it. Garage Sale makes ample and deeply moving room for both.

Look for previews from Garage Sale later this month. In the meantime, here’s the band’s latest video, “Electric Charm,” from a 7-inch released last fall. 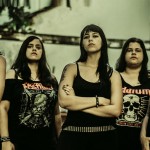 by Katie Presley
In honor of Halloween, a mix celebrating all things grim and epic.