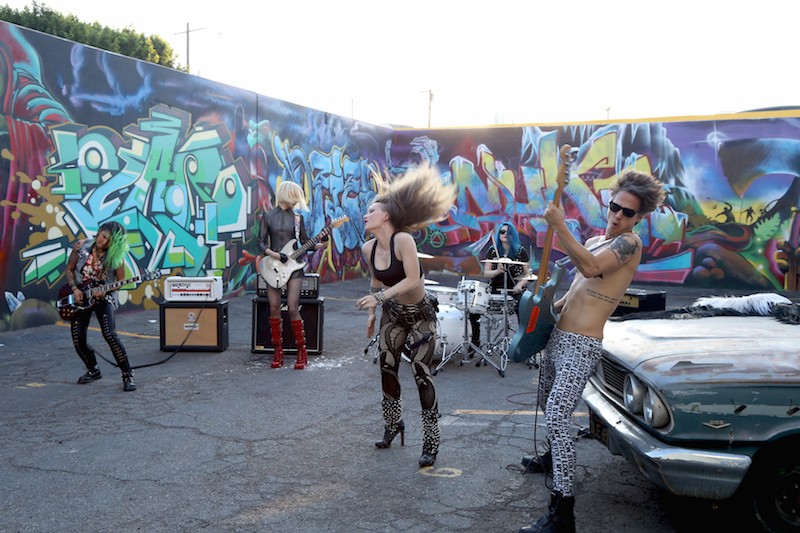 We feature new music from female-fronted bands every Monday. This week, say hello to The Menstruators!

The Menstruators is a raw punk band that formed in Los Angeles formed in 2014. On their debut EP Dead Glitter, the five members play unapologetic feminist rock. The single we’re featuring below, “Supergirl,” deals explicitly with body image.  “’Supergirl’ is all about women dealing with unrealistic expectations, and leaning in until we fall flat on our perfectly contoured faces,” says lead singer and band manager Nadia G. The band is also currently producing a feature-length comedy rockumentary about their music and life on the road. “Think of it as Spinal Tap but with vaginas, and in real life,” says Nadia.