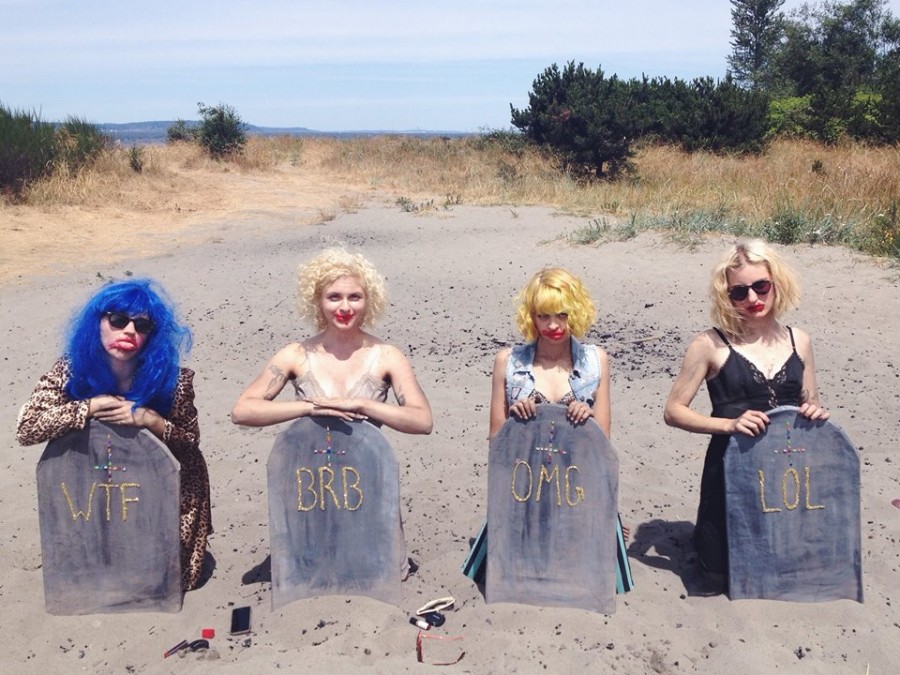 Mommy Long Legs are a chaotic and sparkly spectacle. Onstage, the Seattle-based feminist punk band often sport glitter all over their faces while they scream about yuppie moms and silly sorority girls over crunchy guitar chords. Last week, the band—consisting of Lilly Morlock on vocals and guitar, Cory Budden on drums, Leah Miller on bass, and Melissa Kagerer on guitar—released their new EP, Assholes. It is outlandish, absurd, and short, with only four tracks, but heavy-hitting in its quality and message. In their sparking, spitfire way, Mommy Long Legs’ songs tackle topics like gentrification, gender norms, and catcalling.

With their feminist focus and comedic style, Mommy Long Legs is in good company with other Seattle-based bands like Chastity Belt, Tacocat, and Childbirth. Over the past couple years, numerous excellent explicitly feminist bands have emerged from the Seattle music scene, which was formerly mostly a hub of alternative-bros-with-beards bands. As the male-dominated tech industry spreads across Seattle, feminist activism, art, and music are also flourishing to counter the changing culture.

Mommy Long Legs’ album opens with the title track “Assholes.” The jerks in question here are the tech companies who drive the rapid condo-ization of Seattle. The song begins with fast, dissonant, and dizzying guitar chords, a poppy drum pattern, and the lyrics “You can take your money and put it in your asshole/You can take your condo and put it in your bungalow!” Although the virulent spread of cookie-cutter high-rises in the city is worrying many Seattleites, a bunghole/bungalow reference can’t help but make you smile.

A standout track on the album is “Weird Girls.” Morlock sings, “Don’t wanna be another Ashley/ don’t wanna count my fucking calories/ I don’t wanna worry about my body” and “I’d rather make out with my TV screen/ then anyone on the football team.” Snarls and shrieks are juxtaposed with airy “oohs and ahs.” Mommy Long Legs reminds me of the cinematic archetype of the high school weird girl—think Nancy Downs in The Craft, Janice Ian in Mean Girls, and Veronica in Heathers. They’re smart, a little vulgar, funny, and brilliantly disobedient.

When I was in high school in Seattle, I was branded as the angry, queer feminist. I graduated from high school in 2014, but even in this more-welcoming modern era, I was called names and constantly interrogated about my sexuality, gender, and my personal beliefs. I was angry, and I had reasons to be. When I was upset about being the odd-one-out in high school, Chastity Belt and Tacocat were the bands I turned to. The music of these fun-loving and yet outspokenly feminist bands resonated deeply with me and helped broaden my perspective. From their songs and shows, I learned that it’s okay to be angry, but it’s also okay to have some fun. I hope that in the future, Mommy Long Legs will be the inspiring soundtrack for a high schooler like me—I can imagine their EP being a vital sonic lifeline for young people angered by all the assholes of the world. 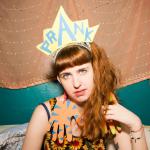 by Emma May
The solo artist is inspired by the sounds of Jimmy Eat World, Blink-182, and Jawbreaker—but puts her own spin on pop punk.