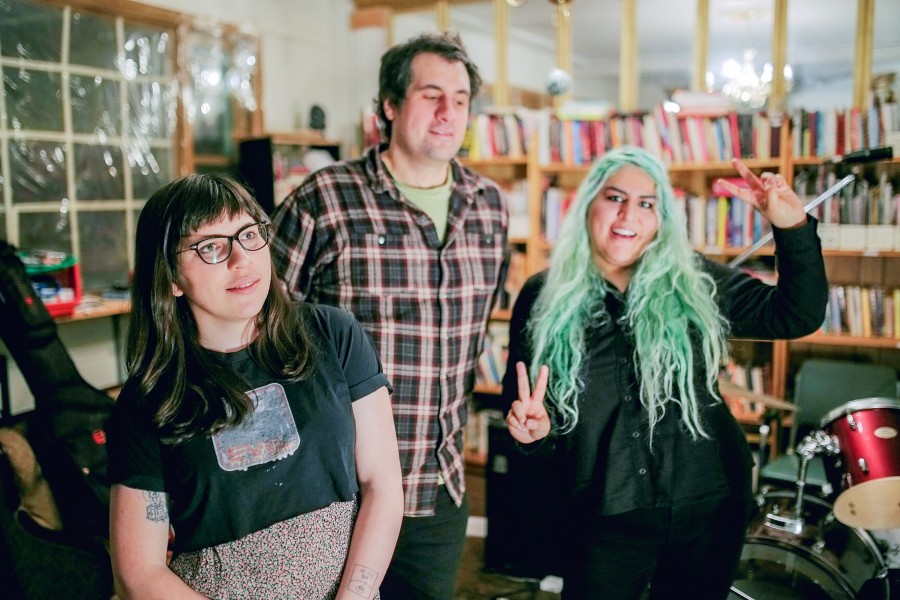 I love the way Mulligrub describes themselves: “Bittersweet but mostly bitter.” That perfectly describes of the sound of the band, which aches with angst. The group—singer and guitarist Kelly Campbell, drummer and singer Riley Hill, and bassist Mirella Villa—play emo-tinged songs about long-lost friends, broken hearts, and best-laid plans going awry. Their aptly named first full album, Soft Grudge, comes out on April 23. “The album is full of personal songs,” says Campbell. “Soon all of my relatives will know I’ve had sex at least once.”

This music video features two songs off the album—“Homo Milk” and “Man on the Moon.” The first track is about the sweet-and-sad quality of wanting to connect with people through shared small experiences, but then having those little moments not be enough to hold a relationship together. The second is about—what else?—a butt tattoo Campbell wanted to get with a friend, but never did. Alas, bittersweet regrets.