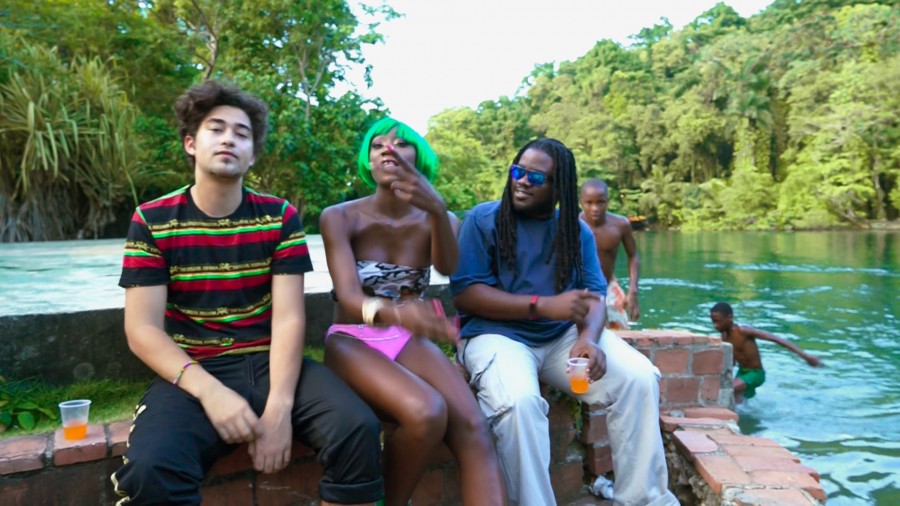 Image courtesy of the artist

Earlier this summer, Ann Powers wrote for NPR Music about the success the production duo The Chainsmokers have found on the shoulder of the female vocalists they keep featuring. The article digs into the way the pair, both white men, have spun gold out of the charisma of their collaborators instead of developing their own. Jamaica’s Diztroy, another male duo, have landed on the same alchemic formula in their work with dancer/singer Mystic Davis.

Diztroy, comprised of Troy Baker and Dale “Dizzle” Virgo, have joined forces with Davis before. Davis is a dancehall choreographer, singer and rapper, and has used her work with Diztroy to launch her career as an emcee. (Prior to singing, she had worked with Diplo, Katy Perry, and Major Lazer as a dancer.) On “30 Bad Bitches,” premiered here, Baker and Virgo step even further back, and Davis steps all the way forward. She is the bounce, swagger, and salt Diztroy has been waiting for. And if we’re lucky, she’ll take that easy confidence and her infectious style of dancing, and make something out of it that’s entirely her own.