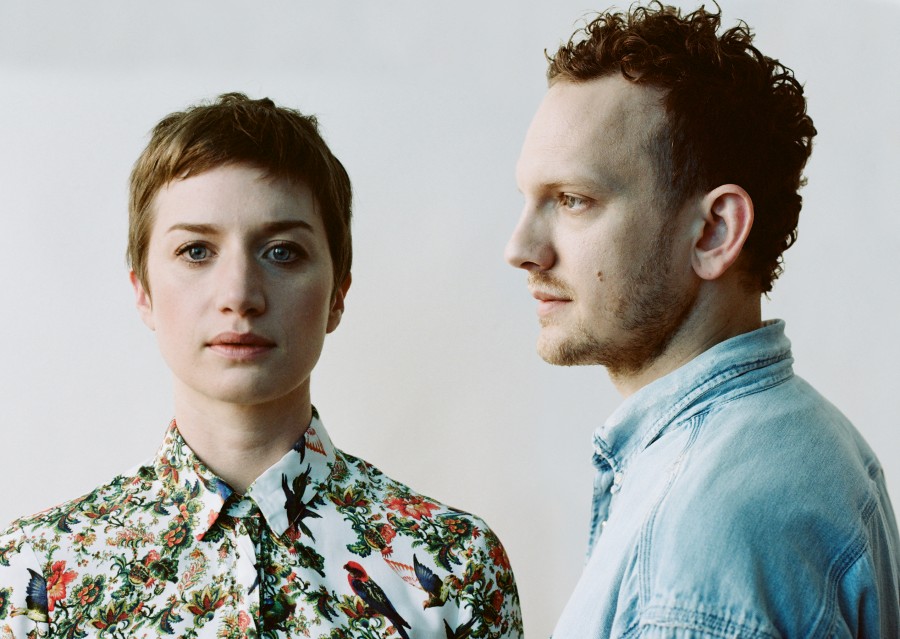 Pure Bathing Culture is a band that keeps me company in the slow times and the low times. When I’m feeling a little down, I can fill my headphones with their harmonic, shimmering songs and be transported to a slightly nicer world. Much of this heavenly feeling comes from frontwoman Sarah Versprille’s ethereal voice. On their excellent second album, Pray for Rain, Versprille says she had to learn how to really come into her own as a singer and songwriter fronting a band.

“I’ve played music for years, but this is the first band where I’ve had the opportunity to sing lead vocals and be the front person,” says Versprille. She had the desire to tell stories in song for a long time, but held back a bit until she and musician Daniel Hindman wrote one song together in 2010. Since then, the Portland-based band has been a continually evolving experiment together. “Doing this band has been a therapeutic process for me, I really just jumped into the fire with it,” she says. Although it’s an ongoing experiment, Pray for Rain sounds very polished, with Versprille’s poetic lyrics melding with dreamy pop melodies. On the most autobiographical song on the new album, aptly titled “Singer,” Versprille sings: “Youth was black and blue, but I’m a singer / And time is braided bands.”

Listen to “Pray for Rain” below and check out the new album from Partisan Records.