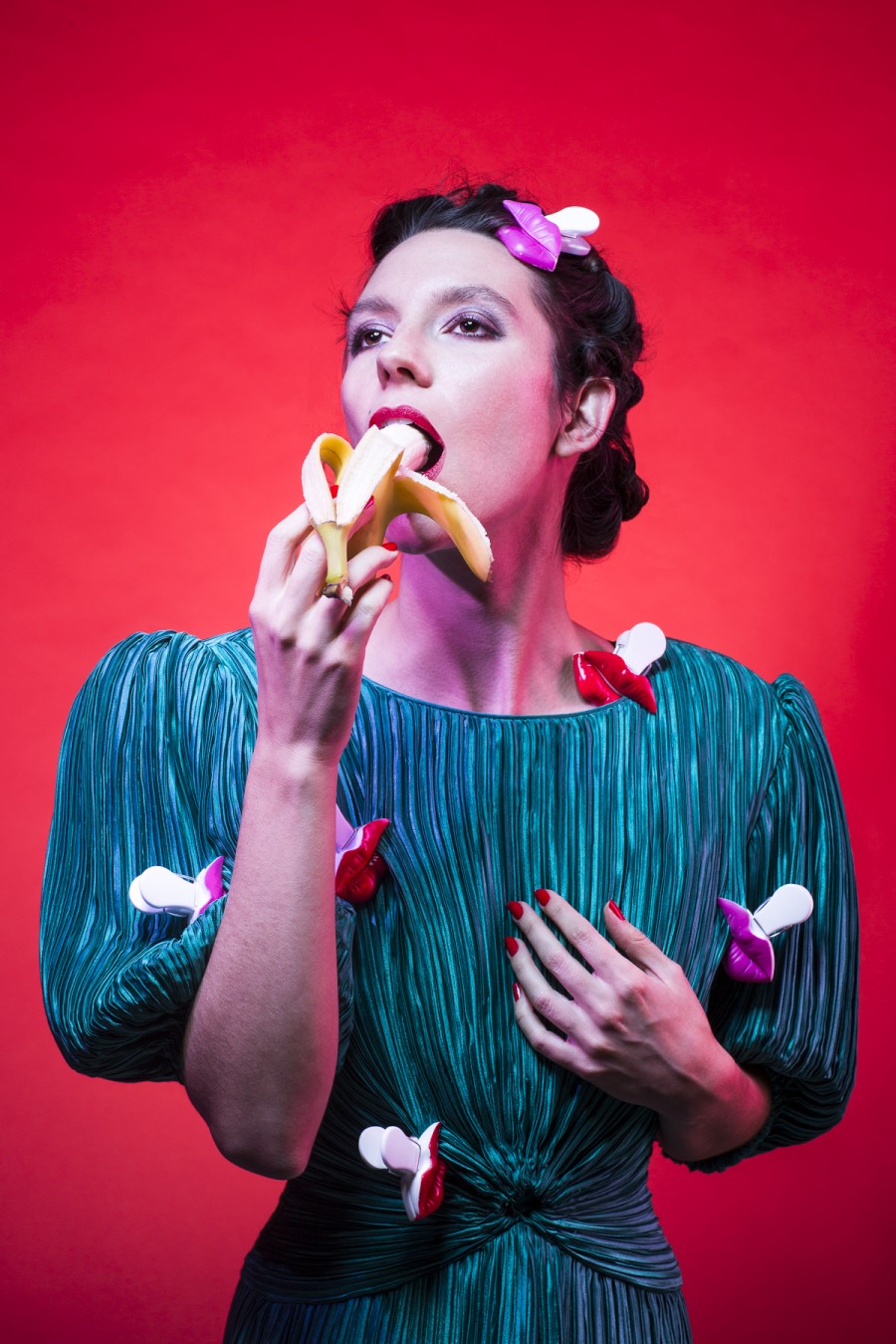 We feature new music by female-fronted bands every Monday. This week, meet Boyfriend!

Just leave it to raunchy, sex-positive New Orleans rapper Boyfriend to figure out what love means. At least, that’s the goal of her latest single, “Love Means,” which incorporates both clichés and inverted expectations of romance to form an unlikely yet undeniably compelling view of love. We’ve got the premiere of a thick, trippy remix for “Love Means” by New Orleans DJ DXXXY, whose contribution is, among other things, making a version of the song that is perhaps the only instance in history of a Boyfriend single that’s FCC clean:

Boyfriend is an art teacher during the day and closely guards her real identity. She calls her particular brand of performance art Rap Cabaret, which is audible in her music and clear in her live show. As long as she has used the stage name Boyfriend, she has always been full of sex-positive lady-swagger. Her catalogue of songs (like “Love Means”) demand sexual fulfillment and dispense with ideas of female sexuality being tied to submission or a “ladylike” demeanor. She often performs in wedding dresses, bustiers, and fanny packs (often all at once), and people in the front row of any show can assume they will find their faces intimately close to Boyfriend at one or many points during the night. The point of this approach, Boyfriend has said, is to bring sexuality and sex lives in from the periphery of our lives. If we talk about sex honestly, and accept what we like, everyone comes out (as it were) happier and healthier.

What’s refreshing about Boyfriend is not only who she is, but who she’s not. She is not appropriating in order to be taken seriously as a rapper, as are other notable white female rappers, nor is she cleaning up her message to be a Top-40 star. She wants attention, but she wants it precisely on her terms. Boyfriend is a character, and she’s funny, but she’s not a joke.

Boyfriend answered a few questions for this premiere via email. Her responses were as intriguing and enigmatic as the rapper herself.

Katie Presley: What is Boyfriend about? What’s your musical story?

Boyfriend: Champagne and hot baths. The story of Rap Cabaret is a story of observation, consumption and release.

You release lots of your music as remixes. What do like about remixes of your stuff?

A remix is a second-life for a song! Sometimes the remix can go deeper than the original with a certain emotional tone, or can take it in a new direction all together.

Why do you prefer to keep your non-Boyfriend name private?

That which we call a Boyfriend, by any other name wouldn’t smell as sweet.

New Orleans is such a musical city. How does being there feed into your work?

I think being anywhere feeds into my work. The grocery store, the airport, the Quarter… it all gives you something to react to.

Bitch is a “feminist response to pop culture.” What does feminism mean to you?

Equality of the sexes. Champagne & hot baths for all.

I happened to see Boyfriend in town (Vancouver, BC) a few months back, in a small gig consisting of her getting her leg shaved in a wedding dress by a (silent) Asian-Canadian woman as she did a spoken word bit on female empowerment. Way to instrumentalize people of color. Like literally her "assistant"'s role that whole show was get up to the stage, put foam on Boyfriend's legs, shave her, and walk back. Here's a picture my partner took of the performance: http://imgur.com/BYkCAUD.

It's kind of weird for her to show up in my life again: I saw the performance; got pissed; and got over it. But at this moment I feel like I'm channeling Stoya a little bit to see someone practicing such a hypocritical feminism being praised by a voice in the media that I've always trusted.