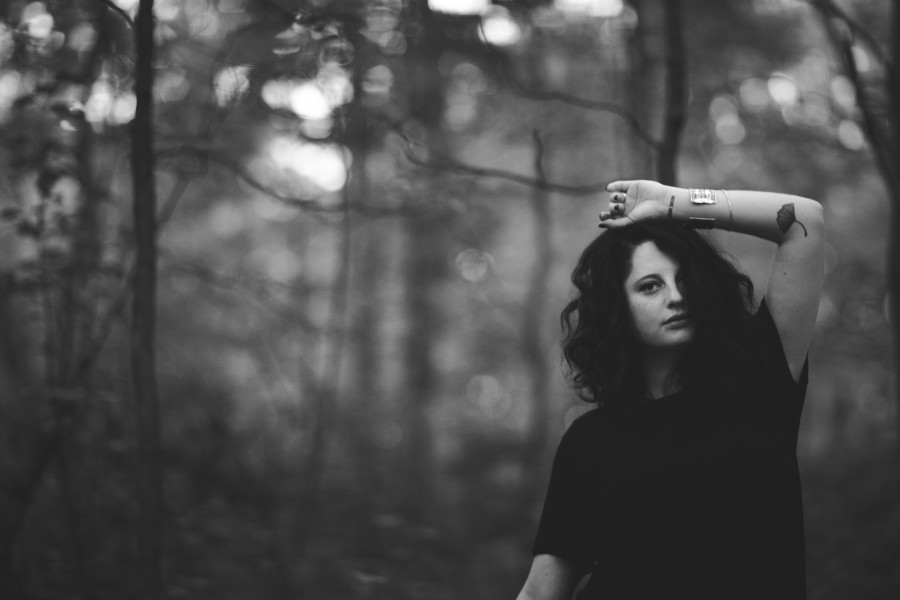 We feature new music from female-fronted bands every Monday. This week, we’re excited to debut the video “Ever” for the duo tiny deaths.

Moody Minneapolis-based duo tiny deaths mixes experimental electronica with a soulful, rich vocals. Singer Claire de Lune and producer Grant Cutler create layered tracks that are lush with texture but still dreamy enough to feel like the soundtrack to late-night brainstorming. The two released a self-titled EP in 2014 and are set to release their second EP, Night Flowers, on February 19 of this year.

For the music video for “Ever,” Claire de Lune says she wanted to “focus more on imagery than narrative,” invoking a tone rather than a story. “I love the idea of contrasting delicate, beautiful things with an overall sense of melancholy,” says Claire. “It sounds light and airy but the song is about going into a relationship knowing it was doomed from the beginning. Nothing represents a relationship better than a flower to me, which is why that symbolism is all over not only this video but also the EP as a whole.”

Watch the video below and check out more music from tiny deaths here.