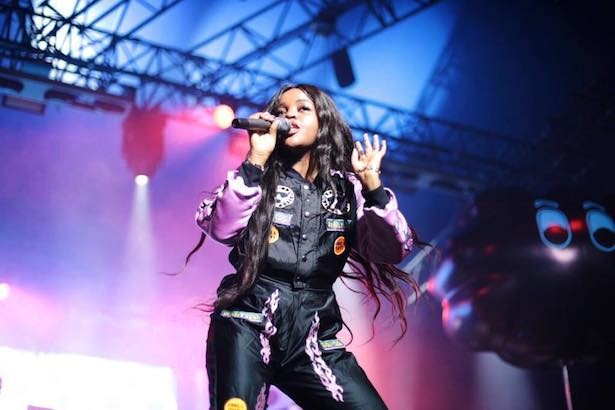 Even if I didn’t love her sound (and I do), Tkay Maidza would have won my heart with her single “Carry On,” which features the line “They say they comin’ for me but I don’t want none / Cause I really don’t care and I’m still kinda young.” This is the opposite of when Lorde, all of 17, sang wearily of the days when she was young and revelled without a care, and I rolled my eyes so hard it was audible. (To be clear, I love Lorde. But that lyric was ridiculous.) Maidza, in both sound and lyrical content, embraces her youth. The Zimbabwe-born, Australia-raised pop singer raps, but doesn’t call herself a rapper, she says, to avoid “the anxiety of trying to be the best rapper ever… this way I can do whatever I like and that includes being silly.” Her latest single, “Carry On,” is more fun than silly, though the video gives Maidza a lot of opportunities to goof in front of the camera. The track, which features Killer Mike, hearkens to Icona Pop and early MIA, heavy on the shout-sung chorus and a bouncy beat. Maidza lists Nicki Minaj and Santigold as influences, which pretty perfectly captures the music she wants to make. She wants to rap, she wants to make music to dance to, and she wants to have maximum fun doing both while she’s still kinda young. Her debut album, Tkay, came out last fall and is available here. 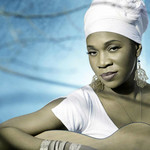 by Katie Presley
There’s always something, somewhere to be grateful for.