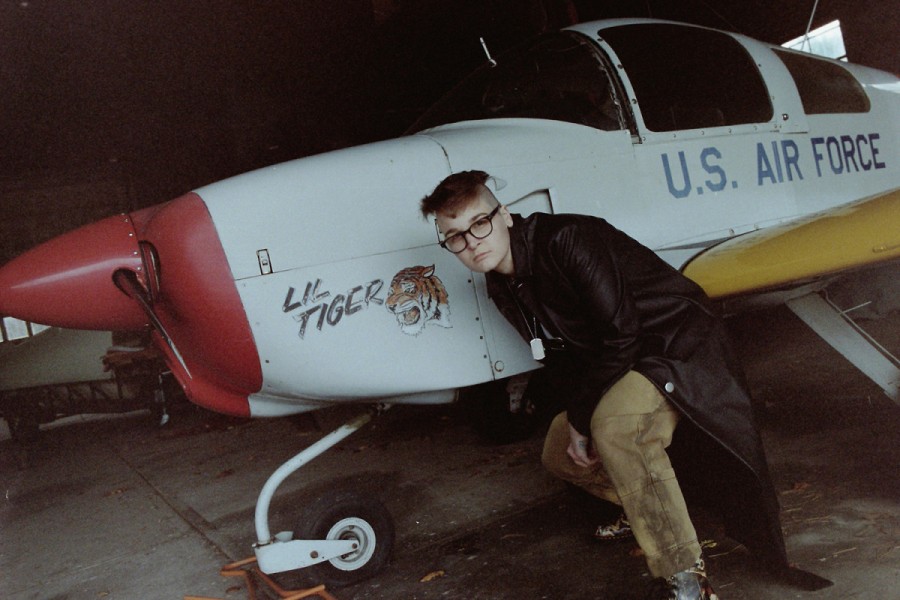 It’s easy to poke fun at the excesses and eccentricities of pop celebrities, but we all love the glitter and gold they represent. That’s the non-joke at the heart of rapper Uncle Meg’s latest single as a solo artist, “Taylor Swift.” Over lyrics that name-drop Taylor Swift, Britney Spears, and Law and Order: SVU, among others, the video (which we’re premiering here) finds Meg and their cohort dancing hard in the studio, taking their party to the city streets, and crying shiny golden tears, just like pop stars.

“Taylor Swift” is, in many ways, the perfect introduction to Uncle Meg. It’s pop satire, which Meg has been rapping about for years. And, while the lyrics are about the strictly-parametered, whitewashed world of pop superstardom, the video is about exploding boundaries of gender expression, body shape and size, and even religious beliefs. Meg uses silly lyrics to make serious points, even when they’re sobbing goopy golden tears while they’re doing it. Meg described their writing process as a debate between their “Higher Self vs. Lower Self,” which sums up the project of “Taylor Swift” pretty perfectly.

Relevant: Rapper Uncle Meg: "I Do What I Wanna Do"