Men dominate the music industry, both in boardrooms and in studios. Although women routinely top the Billboard charts, it’s rare for them to have artistic control of their brand and their sound. In 2016, HuffPost found that there are so few women producing music that nobody bothers to keep count. Only six percent of the United Kingdom’s Music Producers Guild (MPG) are women, according to Ann Lee, music editor at the Culture Trip. Given the limited number of women producers, it’s unsurprising that since 1974, only six women have been nominated in the Grammys “Producer of the Year” category.

Harlœ, a successful songwriter who’s now taking her place in front of the microphone, is aiming to change that. After realizing that the majority of producers in her studio sessions were men, she began asking them questions about producing. She’d then return home to practice what she’d learned. Now, after writing for a number of artists, including Charli XCX, JoJo, and Britney Spears, the Queens, New York-raised singer is taking full control over her artistry—writing, singing, and producing all of the songs on her forthcoming EP Liquid Truth—and encouraging other women in music to do the same.

In this interview, we discuss the difficulty of paving a new path, her decision to quit school to pursue music full throttle, and the importance of women musicians breaking this barrier.

I’ve listened to Liquid Truth, and absolutely love it. “All In My Feelings,” “Liquid Truth,” and “More than Ever” specifically seem to address a relationship that’s gone awry. What was the inspiration for those songs?

The first inspiration for the EP was “All in My Feelings.” I’d never put out a song like that before.  Once I did “All in My Feelings,” it opened up this wall I’d built up for the past year when I went through a relationship that was difficult emotionally and took all of me. So, “More Than Ever” was the progression after I’d opened up with and tapped into all of those feelings. It said that no matter happened within that relationship, you have those kinds of people in your life to leave a mark on you. They stay with you for a while, even after the relationship ends. That’s what “More Than Ever” was about. I wanted to keep it as raw as possible without any filters.

The chorus, “I still love you more than ever,” is something so many women can relate to. Is creating music healing for you in any way, especially when you’re going through turmoil?

Absolutely. It always was, even when I was playing piano as a kid. I always had melodies in my head, usually when something was painful and hard to deal with, and I would come up with a lyric or a melody that healed me. It made me feel like everything was going to be okay or made me feel like it was an outlet. It always has been like that. Liquid Truth has been that for me because I was able to put my thoughts from the past year into this one piece of work that was a safe haven for me. 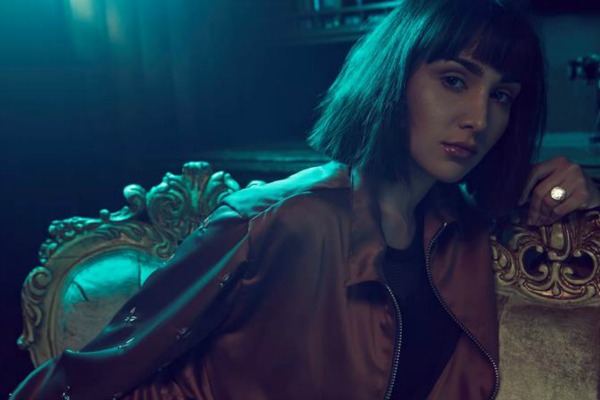 Let’s go backward a bit. I’m also from Queens, New York, and that environment definitely inspired me to become a writer. What impact, if any, did Queens have on your musical ear?

The coolest part about Queens and what’s really stuck with me is that it’s so diverse and there’s so much creativity and feel. Growing up in Queens, I always took the subway, and there was always so much music and life down there. There was just a lot of real shit to look at, whether it’s seeing people arguing on the streets or kissing or people with their headphones on jamming to something. I wanted to know what they were listening to because I wanted to be a part of that. There was always something happening [in Queens] that triggered my spark or creativity.

Also, just really good music came out of New York. I’m a hip hop head, and nobody could argue that Queens and New York aren’t one of the best places for hip hop and R&B records. Queens is definitely a part of who I am.

When did you realize music is your calling?

I always loved music as a kid. I played classical music, and when Alicia Keys came out, she brought a soul to it. She made it cool. I knew I wanted to do it and I knew it would be hard to make it into a lifestyle. Anything worth trying to go for has its challenges, and I was afraid of that. At the same time, I really wanted to create music, even if I had to do it on the side. I’m really lucky that I now get to pursue it head on.

You attended the Clive Davis Institute of Recorded Music at New York University, but decided to leave and move to Los Angeles to pursue music professionally. How did you find the courage to take that leap?

It was hard. When I was in school, I would jam out with a lot of my classmates until 2 or 3 in the morning, and then drag myself to class again. Sometimes I look back and think I should’ve stayed so I could learn more, but at the same time, I wanted to try something fresh creatively. I wanted to put myself in the music industry. It took a long time for me to talk myself into doing it, but I really wanted to make it happen.

How did you fall into songwriting?

I didn’t even know that writing for other artists was a thing I could make happen. I was writing songs in different sessions, and I had publishing deal out there. I was going session to session to network with people who were better than me and could elevate me, and I ended up doing one song that landed on Empire, and then Britney Spears’ A&R heard one of the songs I wrote. From there, it was a mixture of word of mouth, being around people who inspire me, and always trying to bring my “A” game. I really had to connect with the right people and try to get better and better. 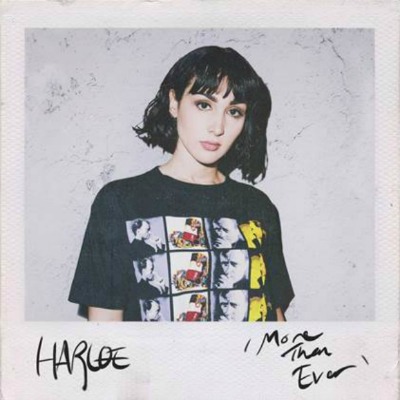 Did writing for artists make you hungry to create your own music? How did you make that transition from writing for other people to becoming an artist?

I didn’t even know that writing for other people was a possibility. I didn’t even think of it. Once I started songwriting and building relationships with amazing producers, I realized I wasn’t producing my own songs. “All In My Feelings” was one of the first songs I ever produced from start to finish and saw it through. It was a cool little challenge for me, and was really a diary entry for me. It was very close to what I was going through at the time. That song was what made me try [being an artist]. I wanted to be the one to tell these particular stories.

You sing, produce, and write all of your own music, which is a rarity for women in the music business. What prompted you to take control over your sound in this way?

I was trying to make tracks on the side. I would ask the mostly male producers a lot of questions, like what are you using? What sounds are you using? Then I would come home from the studio and practice on my own. I remember having a conversation in the studio with one of my close friends who’s also a writer about there not being enough girls producing their own music. I was saying it, but I really needed to live it so other girls can start doing it. Also, I just felt like if I was going to do an EP, I wanted to do it full on and give it all I have. It meant taking the time to get better. It was scary for me and it was a challenge, but I definitely want to keep pushing that forward.

How can we can encourage more women to take control of their own music careers, as you have?

It’s easy to get bullied in this business because it’s like a boys’ club. But I think there are more women executives and talents who are coming forward. I think it’s about women taking control in every facet in our lives because it’s easier to sweep things under the rug when we’re fearful. It’s about having a circle of female friends who encourage one another and help us see our potential. It’s a cliché thing to say, but I hope I can do that for other women as they’ve done for me.

What kinds of music are you drawn to? I ask that because there are so many different sounds on Liquid Truth. “Once in a While” really has a disco feel while the other songs fuse R&B, pop, and punk.

I love so many different sounds, but I really love R&B, especially 90s R&B. What inspires me are honest sounds: It doesn’t matter if it’s electronic sounds mixed with a gritty piano and a disco drum. To me, it’s just about using these sounds together. I’m just inspired by rawness in music.

What can audiences expect from Liquid Truth? Do you have a timeline for a full-length album?

For Liquid Truth, people can expect something created from a genuine place. There was no search to fit a particular mold because I’ve never put out music before, so I didn’t have any boundaries. There was no pressure and I really took my time, so people can expect to feel something genuine and truthful. It is catchier hooks mixed with sultry and emotional parts as well. It’s an eclectic, raw sound.

I haven’t set a plan for creating a full-length album, but it’s definitely focusing on that for the future. I’m constantly working on new music.