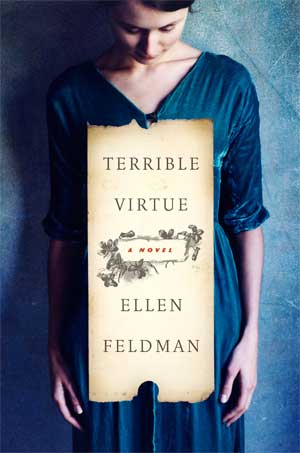 In this election year, reproductive rights are under fierce attack. State by state, Republican legislators have been chipping away at abortion rights and, on a federal level, right-wingers have imperiled access to basic reproductive healthcare for millions of Americans by threatening to defund Planned Parenthood. In Terrible Virtue, a new novel about the life of Planned Parenthood founder Margaret Sanger, author Ellen Feldman reminds us what life was like before abortion and contraceptives were legal in the United States.

Raised by an overworked mother who went through 18 pregnancies in 22 years, Sanger grew up observing firsthand the impact that a lack of access to birth control had on the wellbeing of women. With the support of her sisters, she furthered her education, determined to remain independent and avoid the pitfalls of her mother’s life. After dropping out of nursing school, Sanger got involved in various radical causes, eventually focusing on the movement to establish birth control and sex education. Her desire to help women like her mother whose health and freedom were virtually nonexistent due to constant pregnancies became her most singular passion.

If the Supreme Court upholds the 2013 Texas law that has been shuttering clinics, illegal abortions are likely to increase, as are the heartbreaking and dangerous health risks that come with them. Feldman’s book provides a stark reminder of the dangers that a lack of access to safe and legal abortions pose to women. She spares no details in scenes where Sanger describes meeting with women who are suffering from septicemia and hemorrhagic fever as a result of botched medical procedures.

Another memorable passage finds Sanger looking for financial backers for The Woman Rebel, a monthly newsletter devoted to promoting contraception. A potential donor tells her he’ll fund the project only if Sanger agrees to undergo Freudian psychoanalysis, certain that after such therapy, she would no longer want to publish the newsletter. Just as this financial backer had no real concern for Sanger’s mental health, opposition to Planned Parenthood has never really been about what’s best for women’s health. Instead, it is a reflection of the patriarchal desire to control women’s bodies.

These days, anti-choice activists are consistently using a paternalistic rhetoric of safety and concern to support legislation that encroaches on women’s reproductive rights. They argue that requiring abortion providers to have admitting privileges at local hospitals will protect women, despite the fact that mainstream medical organizations warn that such laws are actively harmful to women’s health. While Terrible Virtue suffers from pacing issues, often feeling rushed, Feldman still presents stunning moments that remind us what is at stake when men seek to restrict the bodily autonomy of women.

While Terrible Virtue is far from perfect, it is still provides essential historical context for the birth control movement and the current legislative attacks on Planned Parenthood. 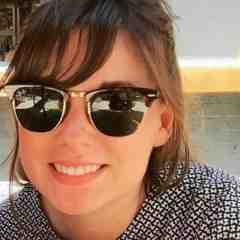 Ann Mayhew is a bookstore events coordinator living in Minneapolis. She reviews books regularly for Bust, and has also been published in the Minneapolis Star Tribune, the Riveter, and the Rumpus, among others. 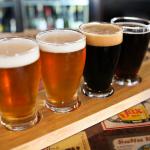