The New Stonewall Film is Just as Whitewashed As We Feared 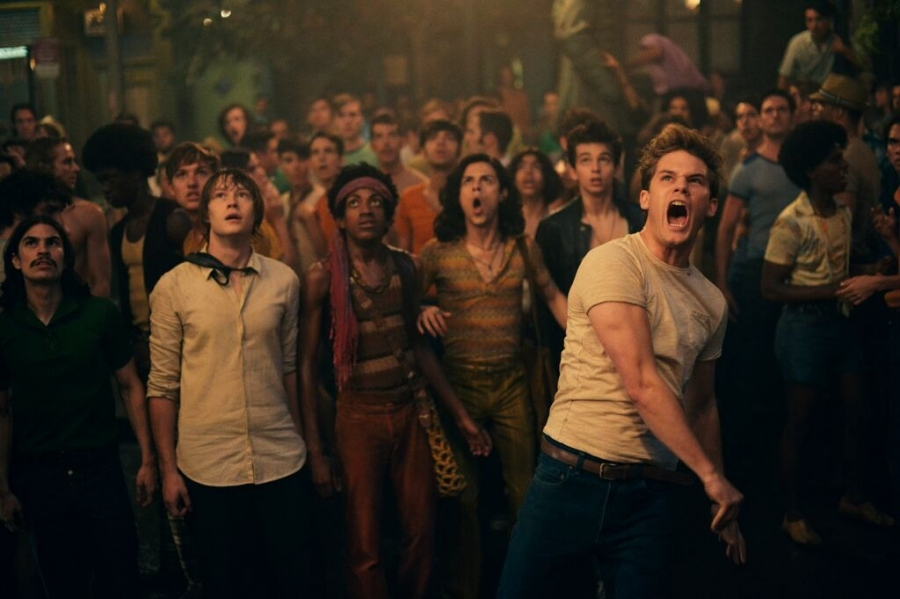 From the moment of its debut, the trailer for director Roland Emmerich's film Stonewall inspired ire and disbelief. The film appeared to center on a fictional Midwestern blonde jock named Danny, putting the young gay man at the heart of the modern LGBTQ rights movement's flashpoint. This irked many LGBT people as it seemed to erase the crucial roles real-life trans women of color played in the actual Stonewall Rebellion in 1969. Important women such as Sylvia Rivera and Miss Major, who were part of the pushback against police who were raiding the Stonewall bar in the Greenwich Village, were nowhere to be found on the film's IMDB page.

The trailer sparked a boycott movement, the petition for which has drawn over 24,000 signatures and activists even repainted Stonewall statues in New York to call out whitewashing of history. In the midst of this uproar, more moderate voices could be heard urging protestors not to “judge a film by its trailer,” but rather to wait and see it in its entirety before expounding on its crimes and merits.

Well, having seen “Stonewall,” I can report that all of our concerns about the trailer play out in the film. Some portions of Danny's story are moving—particularly those set in Indiana, where his family disowns him for being gay. But Emmerich's attempt to make Danny a larger symbol of something, and the ham-fisted way in which he inserts Danny's drama into what's now seen as a world historical event, feels reductive and insulting.

In interviews, Emmerich has described his intention for Danny to serve as a “window for the audience” into the LGBTQ culture of late '60s New York. In the film, Danny travels to Greenwich Village and quickly meets assigned-male-at-birth sex workers his own age. Many of these characters are people of color, and, while gender is never brought up in the script, several appear to be either trans or gender variant.

Danny's whiteness, masculinity, and heteronormative affect, which are constantly remarked upon by others, allow him a social mobility denied to his new acquaintances. He meets a member of the more conservative gay rights organization the Mattachine Society—the openly transphobic Trevor, who is played with a Christopher Walken-esque oiliness by Jonathan Rhys-Myers—whom he soon moves in with. He also has a scholarship to Columbia awaiting him, offering social capital his new sex worker friends could only dream of. 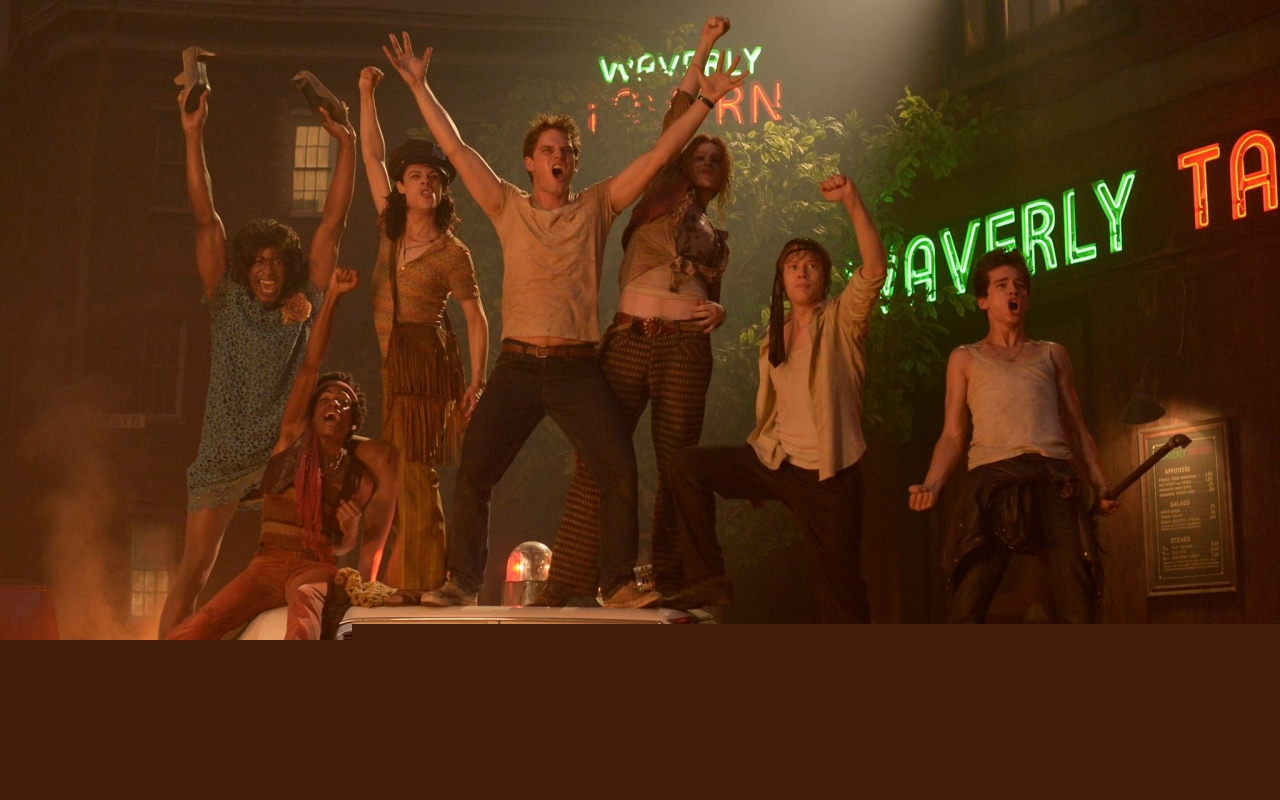 Emmerich's focusing on a character draped in such privilege comes at the expense of minimal screen time for real-life historical figures like Sylvia Rivera and Marsha P. Johnson (the latter of whom appears as a peripheral character in the film). This makes for painful viewing. Despite the roles played by trans women of color at Stonewall, the riots are still commonly referred to as “the birth of the Gay Rights movement” in the media. An accurate depiction of the event—one that trusted the inherent drama within it, and staged it with integrity and accuracy, like Ava Duvernay did with Selma—could have helped correct this erasure. Instead, Stonewall simply reifies it.

As I mentioned earlier, the smaller personal story within Stonewall was, at times, quite powerful. In depicting his protagonist's youth, Emmerich subtly poisons all the cliched images of '60s heartland Americana. Danny's generic handsomeness and kindness, which actor Jeremy Irvine plays with vulnerability and winning guile, are no help in the face of rabid, unyielding prejudice. His secret exposed, Danny's parents, his community, and his lover all close ranks on him in terrifying haste.

Once in New York, however, the film loses its subtlety. Emmerich and screenwriter Jon Robin Bait, locate no similar humanity in Danny's new acquaintances. His new friends Ray, Orphan Annie, Cong, and the others might as well be youth out of Dickens. Within moments of meeting him, we see Cong, an African American sex worker, break a giant storefront window to steal a hat, before he and his gang—with Danny in tow—scamper off, like characters from a cartoon. While Stonewall is frank in its depiction of LGBTQ youth homelessness, it's far less than deft in its storytelling.

Emotional moments, particularly those involving Danny's mentor/protector Ray (played by the excellent Jonny Beauchamp), balloon into melodrama. Meanwhile, confrontations and action all resolve into cliché. It feels like Emmerich couldn't help but make his Stonewall a mashup of My Own Private Idaho and Independence Day. 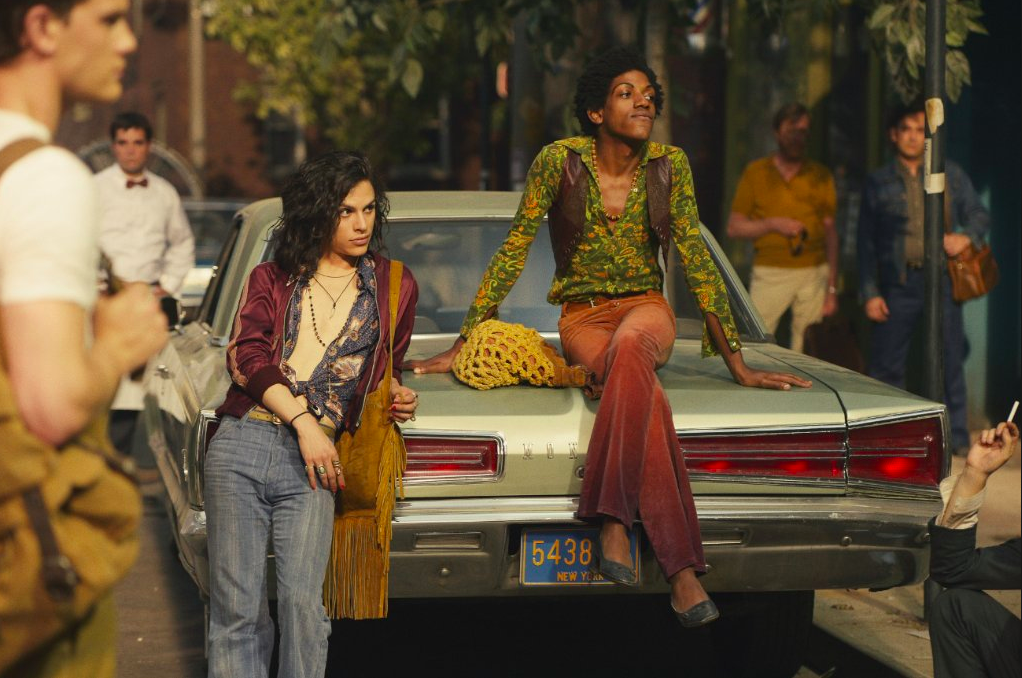 Especially disappointing in Stonewall are the stark contrasts between the worlds of Trevor and his white, middle class activist friends, and that of the sex worker youths. Ray, Cong, and the others are painted as nihilistic defeatists with a disdain for, or apathy toward, politics. In reality, Sylvia Rivera was both a sex worker and a lifelong political organizer. In addition to co-founding STAR (Street Transvestite Action Revolutionaries), she worked with the Black Panthers and the Young Lords, a revolutionary Puerto Rican youth group. Such an omission further feeds the divisions drawn around class, gender, and race that make the film so problematic.

The movie's worst moments come toward the end with a bizarre sex trafficking incident, in which Danny is kidnapped and delivered to a swanky hotel room, occupied by what appears to be an incognito (though never identified) J. Edgar Hoover. The Powerful Man he encounters is a lascivious cross dresser, who nearly sexually assaults Danny, before he is rescued by Ray. Danny's trauma radicalizes him, inspiring him to throw the “first brick” that ignites the riot. This telling of the event is ludicrous. The true case for the riots is made in a thousand small ways throughout the film: police brutality toward LGBTQ people, social marginalization, lack of financial opportunity, transphobia, etcetera. Why a film devoted to the idea of LGBTQ equality would use a sensational eleventh hour plot twist involving exploitative gay sex (with problematic transphobic overtones), in order to catalyze a liberating action, particularly a historical liberating action, is baffling.

Stonewall ends on an “it gets better” note involving Danny and his mother and sister. Does it get better, though, for Danny's former friends, like Ray and Cong, who aren't attending Columbia? The history of the early LGBTQ rights movement would suggest it didn't. In fact, trans women of color were marginalized from the early political organizations that sprang from the Stonewall Rebellion, who abandoned the pursuit of gender identity protections in favor of a narrow cis gay agenda.

In 2015, with so much political activity around anti-racism and trans rights, a film about Stonewall could have been the perfect opportunity to tell an intersectional story of this important event, putting queer and trans people of color  front-and-center where they belong. Instead we get the story of Danny from Indiana, a story we've heard far too many times before. 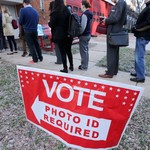