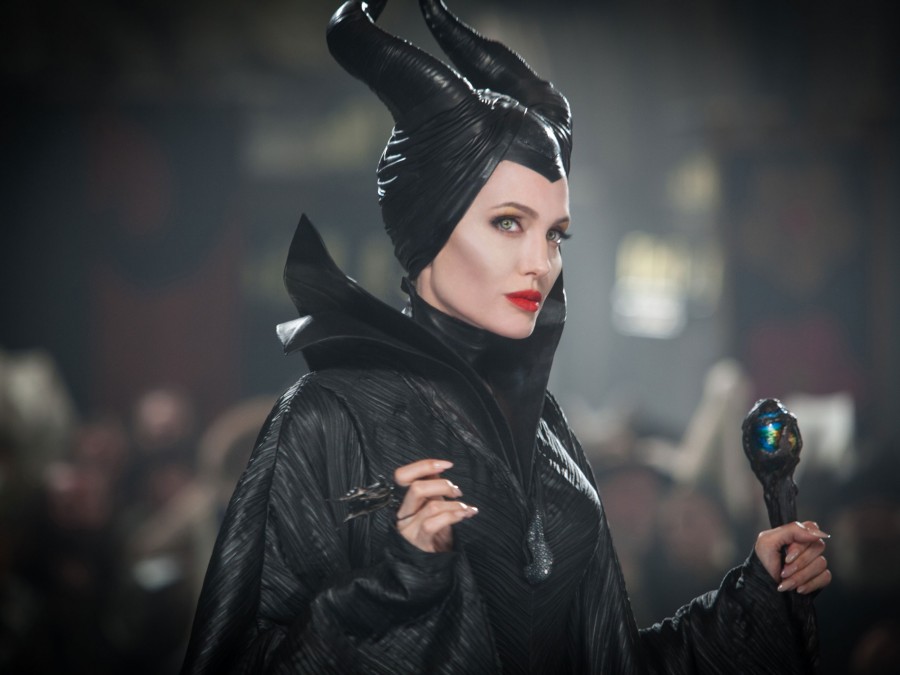 Out of the 10 top-grossing films of 2014, Maleficent was the only one where more women than men were lead characters. Linda Woolverton wrote the film's screenplay.

We all know that white, straight guys get more time on-screen in films than anyone else. But a new study of race, gender, and sexuality in American films shows just how unbalanced our cinema is: For every woman on-screen, there are 2.3 men.

Women and people of color are better represented in lower budget, indie, and nonfiction films, but when it comes to blockbuster fare, the cinema is still white and male dominated. For example, look at the top-grossing film of last year: American Sniper. On American Sniper, the director, writer, and all six producers were male. Of the 20 first-billed cast members, only three were women and two were people of color. What we see in American Sniper is a pattern across the entire industry.

The Media, Diversity, & Social Change Initiative’s study looked at the 700 top-grossing American films from 2007 to 2014. In the past, the Institute has analyzed race and gender on-screen, this year they dug into representations of sexual orientation, too. The numbers show that only 11 percent of the 700 most popular films had balanced casts based on gender. The study also shows how the racial diversity of America is not represented on-screen at all. Of all the characters in these popular films, 73 percent are white, while Black people make up 12.5 percent of characters, and all other races (including Asian and Latino characters) make up just 15 percent of characters.

There are some exceptions to the pattern, of course. The study mentions that there was a significant 25.4 percent increase in racial representation in animated films from 2007 to 2014. However, over half of that increase is attributed to a single film, The Book of Life, that had numerous women and people of color both behind and in front of the camera.

As our society becomes more accepting of the LGBT community, we have seen an increase in LGBT representation in pop culture and in television, where four percent of primetime TV characters in 2014 were LGBT. However, the film industry is still very much lagging behind. Of the 4,610 speaking characters seen in film in 2014, a measly 19 of them (that’s less than one percent) were lesbian, gay, or bisexual. None were transgender. And 84.2 percent of those 19 queer characters were white. Yep. Not good.

So why are our films so focused on white, male, straight characters? A lot of it has to do with who’s behind the camera. Women and people of color face systemic, ongoing discrimination in Hollywood, which makes it harder for them to work in all levels of the film and TV industries. The study’s numbers back up the personal experiences of women and people of color that we’ve heard over and over and over: Of the 779 directors who made films from 2007 to 2014, only 1.9 percent were women and only eight percent were people of color. 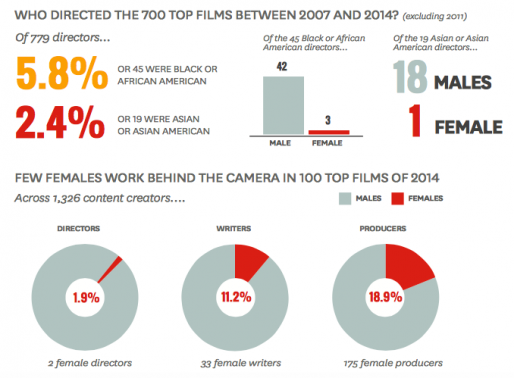 But the study shows something really interesting and important: When a film has a more diverse team of creators, it has more diverse representation on-screen. The numbers show that if a film has even just one female writer, the percentage of female characters on-screen jumps from 26 percent to 35 percent. Similarly, when a Black director is present, 40.2 percent of on-screen characters are Black, versus only 10.6 percent when the director is not Black. Diversity behind the camera projects itself out in front of the camera, as well. That’s a big reason to support women and people of color working in Hollywood—it’ll directly affect the kind of representation we see in pop culture. 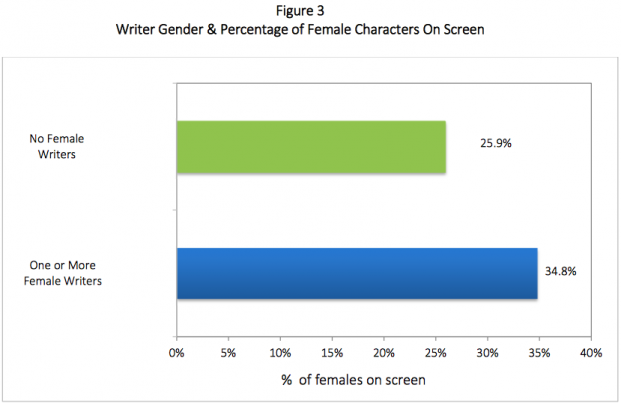 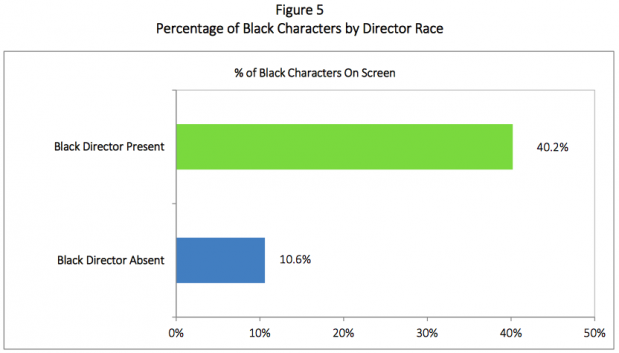 Here’s a very interesting fact to end on: Films with a female producer were less likely to depict female characters as sexual objects in sexually revealing clothing.   These final findings served as a kind of affirmation of what we at Bitch say often: the people who make media shape media. In other words, the people behind the camera matter.

by Evette Dionne
A BitchTape filled with our favorite songs that celebrate being LGBTQ.