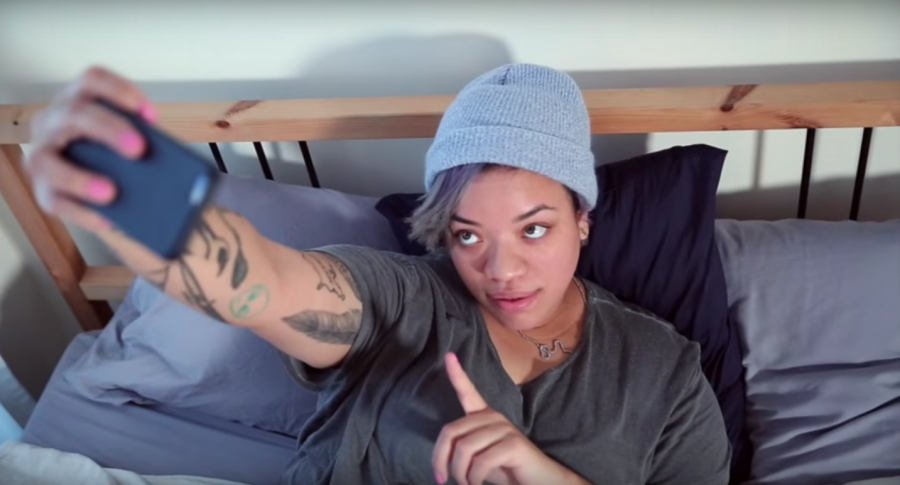 A video introducing Heartmob tells a familiar story: Someone being trolled after they post a selfie online. The Youtube video itself already has numerous nasty comments.

Social media is our town square of today: It’s where we share opinions, news, and ideas. But rampant harassment and intimidation keeps many women from participating fully in those conversations. A 2014 study showed that although 40 percent of internet users face online harassment, harassment is particularly severe for young women: One in four young women have been stalked online.

For 10 years, the group Hollaback has been working to end street harassment. Now, they’ve launched a new website that takes aim at digital harassment. Hollaback spent two years developing Heartmob, a private platform to assist people who are facing online harassment. Heartmob was funded in part by a Kickstarter campaign and a Knight Foundation grant.

“It came out of frustration,” says Hollaback co-founder and executive director Emily May. “I was seeing all of my feminist friends leaving the internet because they were being harassed. They’re ending their work because it’s not safe for them to be online anymore.” After years of high-profile examples of harassment, in the last few years, social media sites started changing their design to give people more tools to deter abuse, like Twitter’s block and mute functions, and Facebook’s recent system allowing users to better report abuse. But Heartmob is different than that. It’s a “community coming together to end violence,” says Mays.

Here’s how Heartmob works: On the private site, people who have been harassed can post about their experiences, including posting documents like screenshots to record their experiences and build a case to report harassment. Then they can request help from other users in the way that works best for them. For example, they can request people send them positive messages, downvote trolling comments on a Youtube video, or help document abuse by taking screenshots of Twitter posts. Other users—called Heartmobbers—perform a digital form of bystander intervention. They can send harassment victims private messages of support or take action in the ways the victims request. The site also includes detailed, public guides on how to flag and report abuse on Twitter, Facebook, Tumblr, YouTube, and Reddit and what to do if you wind up being harassed.

Think of Heartmob as a form of digital self-care. Women who are facing nasty, misogynistic comments now have a place to ask for positive feedback from other feminists. Online harassment is often dismissed by people saying it's on women to just “not feed the trolls.” But as numerous cases have shown, online harassment can be a life and death issue—feminist cultural critic Anita Sarkeesian was forced to cancel a talk in 2014 at Utah State University, for example, because someone threatened to stage a mass shooting if she lectured. 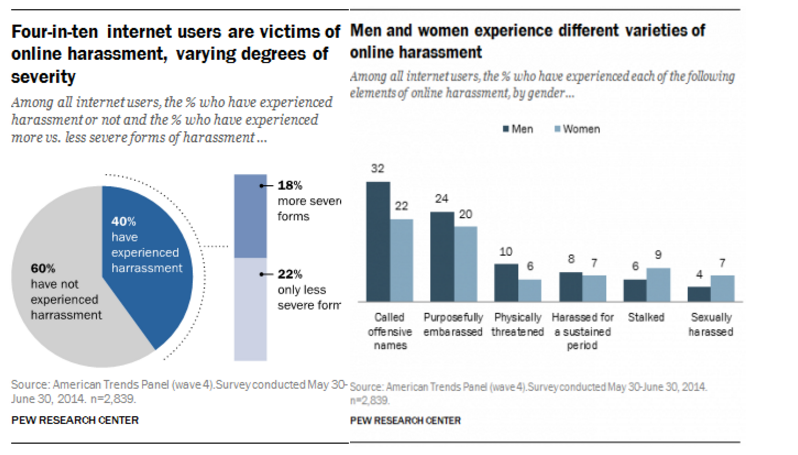 The reality of online harassment is captured in a 2014 Pew Research Center study.

Of course, the crucial part of Heartmob is that it promises to be private and secure. It’s easy to imagine men’s rights activists or other groups trying to hijack the site to troll harassment victims or glean personal information. May says security is the number one priority of the site—and that’s part of why it took two years to build. Access to Heartmob is not automatically granted to anyone who signs up for an account. Instead, users have to link their account to their social media platform and a Hollaback staffer looks at their presence there and evaluates whether they’re a troll. May says that since Heartmob launched yesterday, they have already turned people away who tried signing in with fake email addresses and fake social media accounts. Every note and case of harassment posted on the site is seen and approved by a Hollaback staffer, too. Before launching the site, developer Sassafrass Tech Collective did extensive security testing, says May, including hiring an independent security team to try and hack into Heartmob. The results of that testing and moderation, hopefully, reinforce that Heartmob is a secure space to counter online harassment.

“We want to make the internet safer. The people who are disproportionately impacted by harassment are women and particularly women of color. Those voices are systematically harassed and over time they’re excluded, because they have to go out and take care of themselves,” says May. “There’s hope out there in believing that strangers give a shit about you, they’re not just out to harass you.”

From the graphs it seems men get more harassment than women. The important one is "harassed for a sustained period". Thus is appears that harassment is define differently emotionally by males in the culture. Or that males ignore it easier.
The question is why is is intimidating to some women(yes I realize that the female indoctrination in this culture is not implantation of upfront courage).