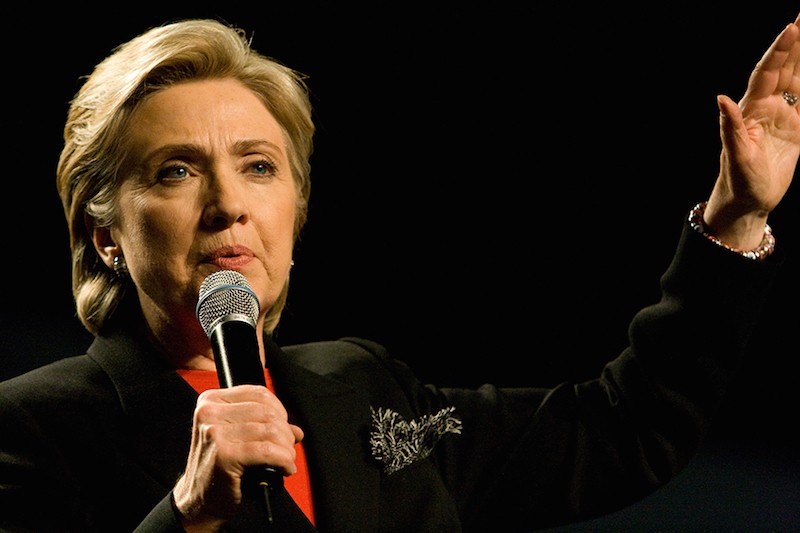 Look, a photo of Hillary Clinton. Was that really so hard? Photo by Brett Weinstein.

Last night, Hillary Clinton became the first woman nominated for the presidency by a major American political party. No matter how you feel about Clinton, this was a historic occasion. But this morning, many newspapers across the country heralded the news by running above-the-fold photos not of Hillary, but of Bill Clinton. Sigh. And also, WTF?

The Washington Post, the Chicago Tribune, the San Francisco Chronicle, the Houston Chronicle and others all ran pictures of Bill Clinton under headlines proclaiming Hillary Clinton’s nomination. The Wall Street Journal ran a picture of Bernie Sanders. The Laredo Morning Times, according to a commenter on Jezebel, ran pictures of supporters, but the story appeared in the Obituaries section.  That’s either someone’s idea of a joke, or incredibly poor editing. 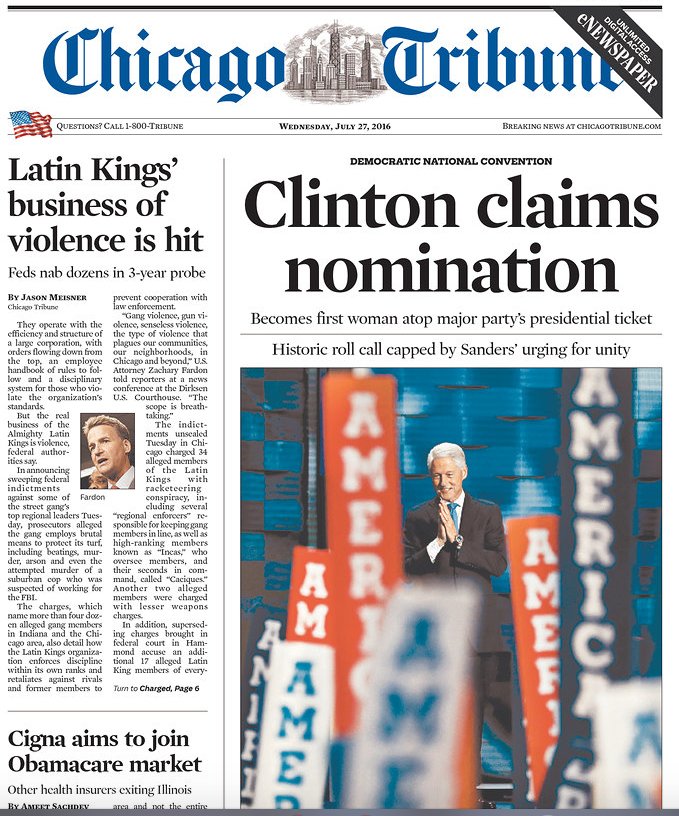 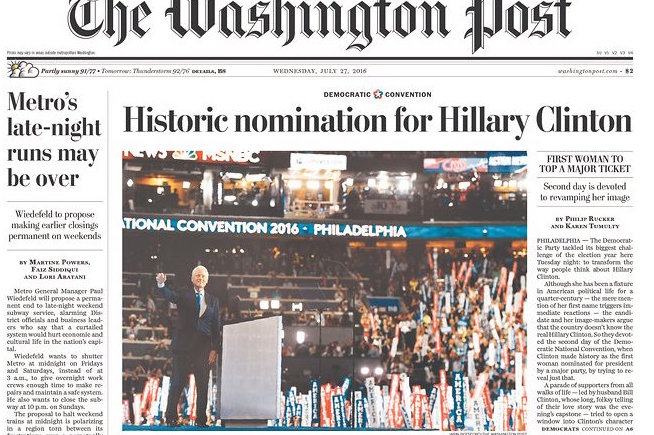 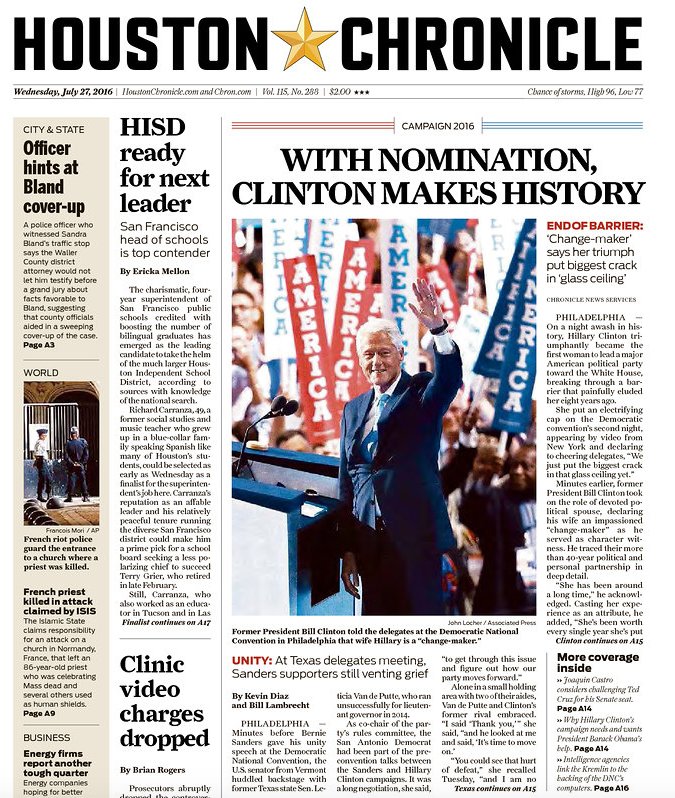 This is not complicated journalistic work, you guys. It’s a presidential nomination. Figure it out.

USA Today and the Los Angeles Daily News got it right: They ran pictures of the actual nominee. But it’s hard not to feel like it’s pretty sad to be handing out accolades for clearing such a low bar.

Vox pointed out that editors, working on tight deadlines, just wanted to “grab a newsy photo from something that happened at the Democratic National Convention last night,” and since Hillary Clinton didn’t appear in person at the convention there wasn’t much to work with. But editors could have done a little legwork—it’s not like photos of Hillary Clinton are hard to come by.

Representation matters. Newspapers would never dream of running photos of Melania Trump when announcing her husband’s nomination. The fact that so many major news outlets blithely plastered Bill Clinton’s mug all over papers announcing Hillary’s nomination not only implicitly credits him for her accomplishments, it also keeps the focus on male politicians—when this was a historic occasion precisely because it centered on women. In media, the images we see matter. See how different the news feels on the New York Times front page, which featured a big photo of two women of color celebrating the nominee? 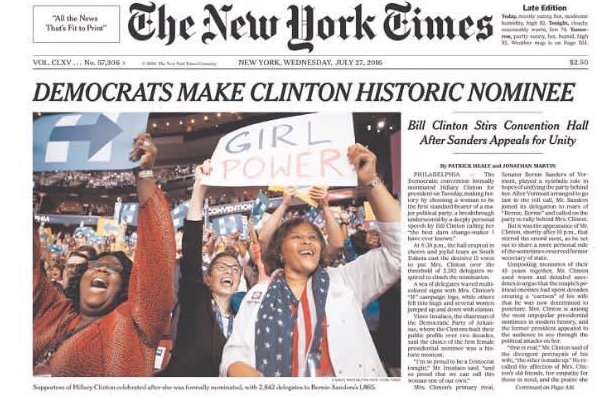 Relevant: 11 Women of Color Politicians to Pay Attention to in 2018 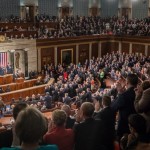 by Lillyanne Pham
11 women of color running for office who empower and advocate for marginalized communities in their work and daily lives.