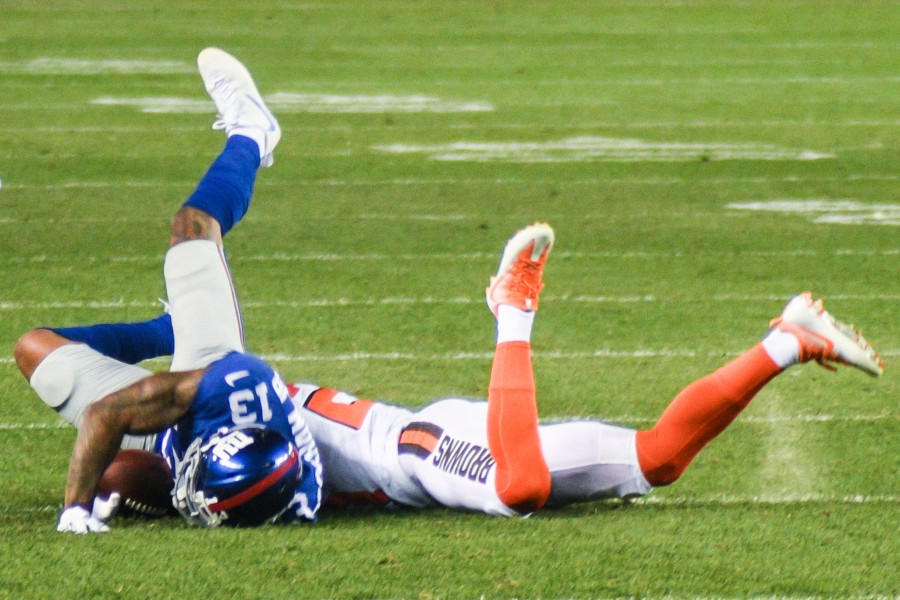 An NFL game between the Browns and the Giants (Photo credit: Flickr/Eric Drost)

Last Friday, just days before the New England Patriots and the Philadelphia Eagles tackled, fumbled, and battled their way through the last NFL game of the season, the New York Times published a heartbreaking op-ed from Emily Kelly, the wife of Rob Kelly, a retired NFL player struggling to live with Chronic Traumatic Encephalopathy (CTE). While CTE has largely been found in the brains of players who have already died, clinical research shows a growing number of players aren’t just dying from the disease; they’re seeing their post-NFL health and career prospects diminish at an alarming rate.

Kelly’s missive painted a stark picture of what CTE rhetoric often fails to mention—the myriad physical and financial costs associated with managing a traumatic brain injury over years and decades. Studies have found that former NFL players develop Alzheimer’s and dementia at a rate almost five times greater than the general population, and more than 4,500 NFL players have sued the league for willfully withholding knowledge about the impacts of repeated concussions on player health. But those anecdotes and studies often leave out a less-discussed piece of the equation: When it comes to CTE and NFL players, the scope of the problem is hardly color blind.

Black athletes make up almost 70 percent of NFL players. That racial disparity only deepens further when looking at the positions with the highest rates of strong collisions; the positions seemingly more likely to see repeated brain injury. Black athletes make up 80 percent of the NFL’s defensive tackles, and 81 percent of defensive ends. Eighty-five percent of running backs, who see the lion’s share of hits on offense, are Black as well. Black NFL players suffer the majority of concussions; they take the majority of on-field hits. Yet the majority of research done around the social and financial impacts of CTE  disproprotionately centers on white patients—like this study from the Journal of Neurotrauma, which analyzed the long-term costs associated with traumatic brain injury with a study population that was 90 percent white. Despite the higher incidence rate of brain trauma for Black athletes, reporting and research around CTE paint the issue with a broad brush that often ignores the increased risk and tangential problems for athletes of color. 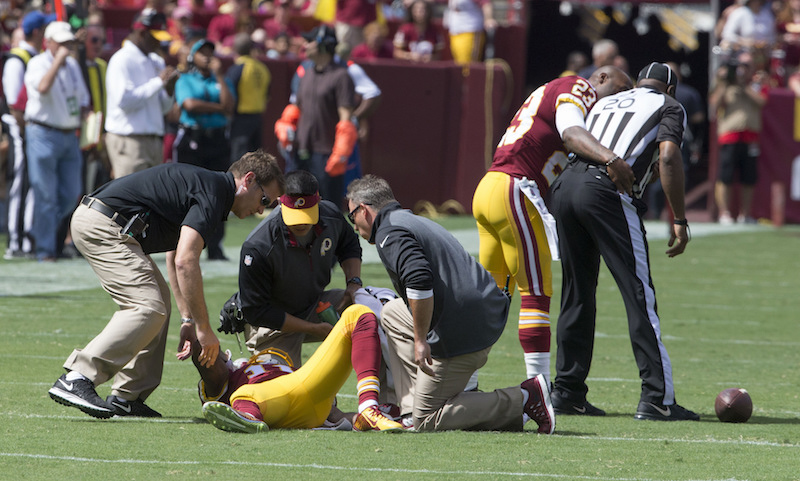 In the study examining costs of healthcare for long term brain injuries, sufferers of chronic traumatic brain injuries pay an average of $4,900 more per year for their medical care than the average population, with excess, unplanned costs averaging almost $2,500 per year. That $7,500 increase in annual healthcare costs is by no means an upper limit. Depending on the severity of the brain injury a player faced, as well as his diminishing cognitive health over time, costs for home health aides, continued neurological studies, lost wages, and other medical treatments and therapies, those bills can easily shoot up to multiple tens of thousands of dollars per year.

Post-NFL economic mobility is already highly precarious. A 12-year study found that more than 15 percent of NFL players declared bankruptcy after leaving the league; a phenomenon not limited to players with shorter careers who might have earned less over time. The costs of shuttling to one of the few centers studying CTE in athletes can be high, and often come at a player’s own expense. Though players like Kelly are eligible for retirement benefits, retirees must apply for coverage, which is awarded on a case-by-case basis. For CTE’s living sufferers, the standard of proof for receiving the aptly named degenerative benefits requires the NFL establishing that a player’s cognitive defects were due specifically to their NFL career. Unlike Rob Kelly, not everyone who applies to the NFL’s retirement fund receives full benefits—which means that for players whose contract negotiations around retirement options, pay structures, and health plans weren’t fully planned in advance to account for the potential impacts of CTE, the costs of long-term care could easily become debilitating.

Ease of access to care is another barrier that can disproportionately affect athletes of color. The few centers studying CTE in football players are located at Boston University, the University of North Carolina, and a recently-opened program at the Cleveland Clinic. Being able to travel for repeated imaging and treatments requires not just the financial mobility to be able to finance travel and treatment; it also requires a support system that can step in to help families facing a degenerative disease with no rubric for how the disease  rolls out. Though treatment for chronic brain injury is common, the markers for CTE in living patients are only now starting to be understood, which makes the eastern clinics studying the issue the go-to centers for patients looking for hope and palliative care in lieu of a cure.

Here's every concussion in the NFL this year pic.twitter.com/zyzwciboSj

The media narrative around CTE can also put a white patina on an issue that doesn’t affect all races equally. Erin Kelly is one of a number of spouses who has spoken out about the impacts living with CTE. can have on a family. She’s also white. A recent GQ piece examined the high rate of CTE  in high school football players, while centering on a story about a white student who had meticulously tracked his cognitive decline. Yet few articles address the fact that dealing with the aftermath of CTE  can look very different for families of color than it does for white families—and that athletes of color are far more likely to develop CTE in the first place.

As Mychal Denzel Smith argued in the Nation, Black players often can’t afford to opt out of playing football, even given the risk of brain damage.

“As much as players, particularly the black ones, are chastised in the media for their lavish lifestyles, an NFL contract is the economic hope of many poor black youths and their families. There may only be little more than 1,700 African-American men with deals, but that is still 1,700 six-, seven- and eight-figure deals that families and friends of the players are relying on for their economic security,” writes Smith.

The economic mobility offered by the lucrative nature of the NFL can be a double-edged sword. The NFL can make a player rich, sure—even a short-term player can make more in their lifetime than the average college graduate. But what’s the cost for risking a lifetime of managing a little-understood, debilitating neurodegenerative disease? For Black athletes, that calculus is hardly straightforward. 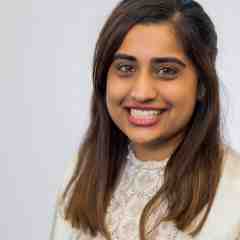 by Beejoli Shah
View profile »
Beejoli Shah is a Los Angeles-based freelance reporter, as well as a contributing editor for Pacific Standard. Her work, which has appeared in New York Magazine, Cosmopolitan, Glamour, Rolling Stone, among other outlets, focuses on harassment and violence in sports, entertainment, and the burgeoning weed industry.