4 Nigerian Authors to Read Who Haven’t Been Proudly Transphobic 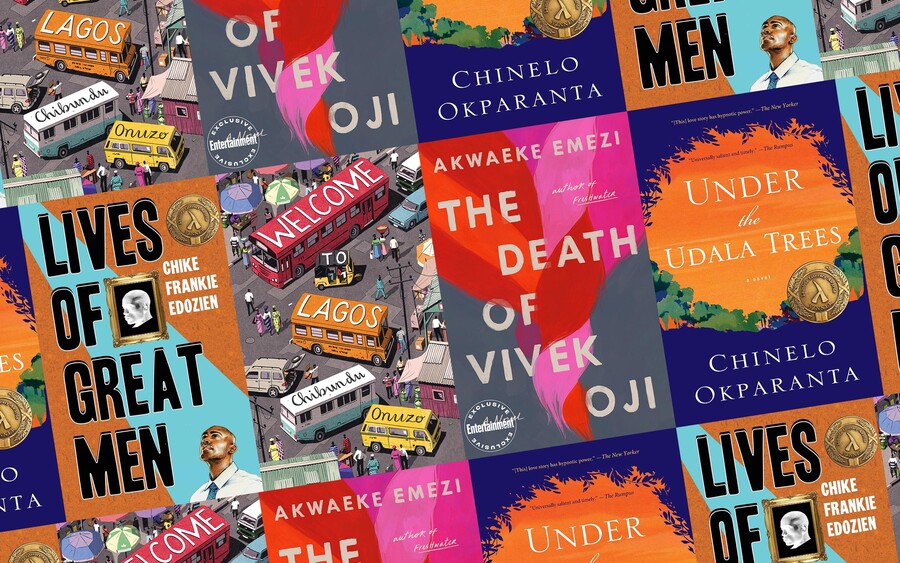 Chimamanda Ngozi Adichie, the famed Nigerian author behind Purple Hibiscus (2003), Half of a Yellow Sun (2006), Americanah (2013), and other works has once again expressed her support for transphobia. In a November 14 Guardian interview on the occasion of winning a Women’s Prize for Fiction award (a book prize regarded as transphobic after asking nonbinary shortlist nominee, Akwaeke Emezi, for information on their sex as “defined by law”), Adichie defended J.K. Rowling’s notoriously transphobic June 2020 essay as “a perfectly reasonable piece.” It’s perhaps unsurprising that Adichie had no quarrel with Rowling’s stance: She herself once answered an interviewer’s question about whether trans women are women by saying “trans women are trans women.” In the recent Guardian interview, Adichie brushed off the backlash to her previous transphobic comments as evidence of “the American liberal orthodoxy,” suggesting  that both she and Rowling are victims of a “cruel and sad” cancel culture.

Adichie has been heralded as groundbreaking and revolutionary by the likes of Beyoncé, but going to bat for Rowling serves to further highlight that her work, when compared to the inclusive feminist canon she aims to be a part of, is often itself trans-exclusionary. Take, for instance, Adichie’s epistolary 2017 book, Dear Ijeawele, or a Feminist Manifesto in Fifteen Suggestions, which uses letters to a friend to articulate her thoughts on feminist politics, raising daughters, and teaching independence. The book’s goal is ultimately undermined by the static, violent way in which she regards trans women. In the book, Adichie’s call to consider and question your own and others’ language (“Teach her to question language…. But to teach her that, you will have to question your own language”) comes across as ironic given her unwillingness to even engage in critique of her own words; instead, in response to criticism, she uses the tired argument of being martyred by “cancel culture,” sentiments shared by problematic people everywhere.

Furthermore, Adichie’s suggestion to “question our culture’s selective use of biology as ‘reasons’ for social norms” feels willfully ignorant when considered alongside her transphobia. She asserts that men are often considered innately superior based on biological features of strength and size— why wouldn’t this argument apply to trans folks being able to self-identify? Adichie’s argument that gender is socially defined via biological sex is a reinforcement of exclusionary social norms of who gets to be a woman. Trans women aren’t “real” women as justified by our society’s narrow application of biology, Adichie argues via historical distinctions between “women born female” versus “women born male.” And despite trans women who have shown exceptional grace in educating Adichie and and “calling her in,” when speaking about trans women, the author continues to subjectively apply biology (“A trans woman is a person born male and a person who…experienced the privileges that the world accords men”) over the lived testimony of trans women like Laverne Cox who are forced to constantly defend their identity and testify about their suffering in the face of this violence.

We can recognize both Adichie’s talent as a writer and the cultural impact of her work, but her continued unwillingness to unlearn transphobia sullies her legacy and credentials when discussing gender politics. It’s disappointing—but it’s also an opportunity to continue investing in other Nigerian authors asking important questions of the culture and seeking to challenge some of Nigeria’s cultural norms while uplifting stories often relegated to the shadows. Here are four worth reading.

Critically acclaimed nonbinary author Akwaeke Emezi first came to national recognition with their 2018 debut novel, Freshwater. The book follows Ada, a young Nigerian woman who’s plagued by an “ogbanje,” or Igbo spirit, after being sexually assaulted on her college campus. Since then, Emezi has written two more culture-shifting books, including the 2020 New York Times bestseller The Death of Vivek Oji, which centers on a young man who exists outside his community’s expectations on gender and sexuality—and the mystery of why he is found dead on his mother’s doorstep. Emezi’s writing, which centers queer and trans identities amid magical realism, is a welcome, much-needed addition to Nigeria’s tradition of storytelling.

Chinelo Okaparanta, an associate professor of English at Bucknell University and the winner of the 2014 O. Henry Award, has used her writing to investigate queer love and self-discovery, both contentuous issues in Nigeria given the country’s criminalization of homosexuality. In her most recent novel, Under the Udala Trees (2015), protagonist Ijeoma is sent to live with another family after the 1967 Biafran War devastates her own. There, she develops feelings for Amina, a girl who is similarly displaced, much to the outrage of both her own mother and her society. As its author’s note states, Okaparanta’s writing is truly meant to provide queer Nigerians with a “more powerful voice, and a place in [the] nation’s history.”

Continue investing in other Nigerian authors asking important questions of the culture and seeking to challenge some of Nigeria’s cultural norms while uplifting stories often relegated to the shadows.

In her 2017 book Welcome to Lagos, Chibundu Onuzo, who won the Betty Trask Award in 2013 for her book The Spider King’s Daughter (2012), writes a meditation about the complexity of Lagos, Nigeria’s largest metropolis, and its perfect representation of tradition meeting modernity. The book tells the story of two soldiers, Chike and Yemi, who want freedom from their military duties; following a violent military operation, they abandon their posts and head to Lagos where they meet and join forces with other vagabonds. Through her writing, Onuzo continues to explore Nigerian stories against the backdrop of this vibrant, historical city.

As a journalist and author, Chike Frankie Edozien is committed to telling an array of Nigerian stories that specifically highlight the perspectives of queer Africans, including his own. Lives of Great Men: Living and Loving as an African Gay Man (2017), which won the 2018 Lambda Literary Award for Gay Memoir/Biography, is both a memoir and a collection of stories about queer Africans and the people who love them despite an increasingly homophobic culture. The book is both a personal and political reflection on how queer Africans fare, but also “a love-letter to Africa, above all to Nigeria” and the various opportunities for pride and affirmation the country provides.

Read this Next: Safe and Seen 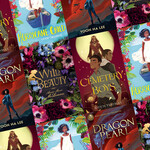 by Alaina Leary
It’s heartbreaking to learn that one of your icons is transphobic.