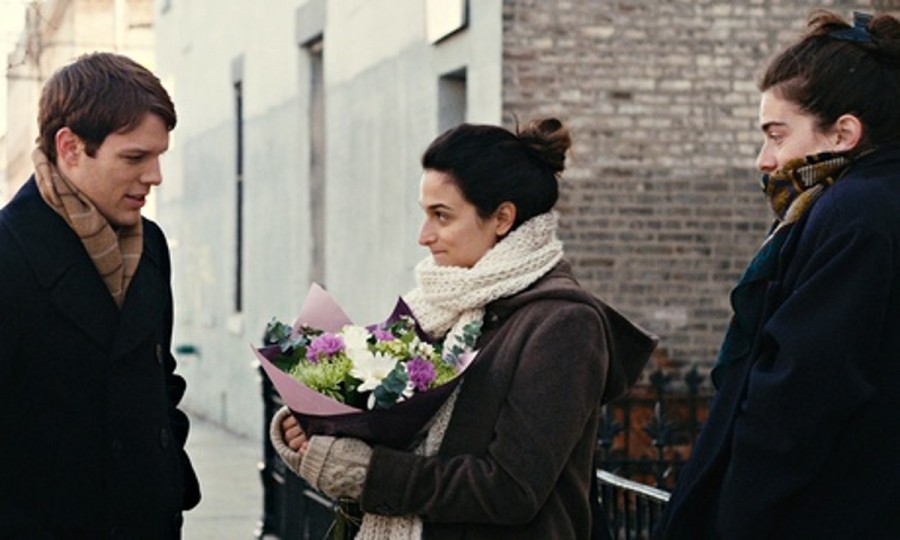 In Obvious Child, Donna (played by Jenny Slate, center) gets a little help from her friends when she decides to get an abortion.

In the rare times that abortion shows up in films, the discussion of the procedure is often heavy-handed, angsty, and gory. More often than not, characters who get abortions are portrayed as sad and face their decision without support from loved ones—and wind up dead by the end of the movie an alarming amount of the time. These depictions reinforce abortion stigma, the idea that abortion is inherently a bad thing and that people choosing it aren’t deserving of compassion and support. Given that abortion is an experience over a million women in the United States share every year, there have to be more than just negative stories. Not every abortion is sad. Not every abortion is isolating. Sometimes these moments—where we might need a little more support—strengthen bonds and bring out the best in those around us. This list of movies includes coming-of-age stories, epic dance numbers, humor, romance, drama—and all include an abortion and examples of strong friendships.

This ‘80s classic follows several high school students as they experience sex, dating, and drugs. But there’s also a very sweet storyline about supporting a young woman who’s seeking an abortion. When Stacy (Jennifer Jason Leigh) wants to get an abortion, she finds a surprising source of support in her older brother (Judge Reinhold). When the guy responsible for the pregnancy is a no-show for her ride to the clinic, Stacy lies to her brother Brad, saying she needs a ride to the bowling alley across the street from the clinic. When Brad sees through her lie, he becomes an unexpected confidante for his younger sister and shows her she doesn’t have to deal with her abortion all on her own. Awwww.

If the last time you watched Dirty Dancing was when you were 10, maybe you didn’t realize it was about an abortion. Go back and watch it again. The whole movie is about an abortion! How can Penny (Cynthia Rhodes) pay for her abortion? How can she get off work for her abortion? How can her friends ensure that she’s safe after the abortion goes wrong? These questions prompt Baby (Jennifer Grey) to be confrontational, find courage, learn the mambo, fall for Johnny (Patrick Swayze), risk her relationship with her father (Jerry Orbach), and stand up for herself. Baby grows up because, without question or hesitation, she understands that Penny needs to get this abortion. That’s a good friend.

Cider House Rules’ plot revolves around the problems created by the lack of safe, legal abortion. Homer Wells (Tobey Maguire) is an apprentice to Dr. Wilbur Larch (Michael Caine), an obstetrician who runs an orphanage, labor, and delivery center for unmarried women and provides illegal abortions in 1943. The film portrays several abortions, including that of Candy (Charlize Theron) and her boyfriend Wally (Paul Rudd), who is home from the war. Wally is shown as being supportive of Candy’s decision to have an abortion and caring for her on their road trip home while she recovers from the procedure. Later in the film, another character is pregnant due to sexual abuse at the hand of her father. In a touching moment, Candy discloses her abortion to this woman and lets her know that she supports whatever decision she chooses. The film depicts powerful compassionate support in a myriad of abortion situations, two women connecting over their abortion experiences, and the importance of physicians laying aside their personal politics to provide patients the care they need.

This movie is not about good people. Nearly every character in this movie is a horrible person. They’re dysfunctional, they make fat jokes, they’re petty and jealous and selfish and disloyal. Yet, somehow, they are good friends to each other in their own way: like when it’s revealed that Becky (Rebel Wilson) covered up Regan’s (Kirsten Dunst) bulimia for her in high school; or when Regan helps Katie (Isla Fisher) vomit up the Xanax she’s overdosed on; or when the terrible trio of Regan, Katie, and Gena (Lizzy Caplan) travel through New York City for an entire night trying to repair Becky’s wedding gown. (True, they were responsible for ruining the wedding gown by ripping it, bleeding on it, and having a stripper use it as toilet paper, but still.) When Regan lets it slip that she drove Gena to her abortion years before, Katie isn’t having it: “You guys had an abortion without me?!” Even when your friends are awful people, you still stick together and support each other when one of you needs an abortion. Look for the connection to Fast Times at Ridgemont High when Gena confronts Clyde (Adam Scott) on the subway!

Obviously this list wouldn’t be complete without Obvious Child, the first real rom-com to include abortion as a storyline. Donna (Jenny Slate) gets dumped, sad, drunk, laid, and pregnant, in that order, and then schedules her abortion for Valentine’s Day. As a comedian, Donna processes her experience through humor, which she shares with her best friend (Gaby Hoffmann) and her mother (Polly Draper)—both of whom have also had abortions. Her relationship with impregnator Max (Jake Lacy) stumbles along, and Donna feels some sadness around the whole situation—her life is not panning out as smoothly as she’d hoped. But even at the times when she’s nervous about disappointing everyone, Donna’s friends and mom are understanding.

Like Dirty Dancing, Grandma starts out with this question: How can we pay for this abortion? However, 18-year-old Sage (Julia Garner) doesn’t have Baby in her corner, so instead she turns to Elle (Lily Tomlin), her sardonic newly single lesbian poet grandmother. Since Elle has recently cut up her credit cards, the pair have to embark on a road trip of sorts to find the money. Along the way, Elle threatens, tempts, flirts, and calls in favors to come up with the money Sage needs. Eventually, they must turn to Elle’s daugher (Sage’s mother) for help, and the three generations of women come together to find a solution. When Sage and Elle arrive at the clinic, watch for the implied reference to Juno, and Elle’s biting (and accurate!) response to an anti-abortion protestor.

When the sitcom Maude compassionately discussed abortion in 1972, thirty stations refused to air the episode—that was one year before Roe v. Wade. Now, abortion is still rarely discussed on TV, but prolific showrunner Shonda Rhimes has been a force for sharing unapologetic and respectful abortion experiences on her ABC shows. Here are a few episodes you and your friends can watch together to see what true and unconditional support of an abortion could look like.

For Grey’s Anatomy fans, the phrase “you’re my person” signifies the unbreakable bond and “there-for-you-no-matter-what” friendship that Meredith Grey (Ellen Pompeo) and Cristina Yang (Sandra Oh) share. But you might not remember that this defining phrase stemmed from Cristina’s first decision to have an abortion. During the first few episodes of the second season, Cristina realizes she’s pregnant. After scheduling her abortion, she meets up with Meredith in a bar and informs her that the abortion clinic requires her to list an emergency contact. “Anyway,” Cristina begins, “I put your name down. That’s why I told you I was pregnant. You’re my person.” Meredith is excited at this revelation as it raises their friendship to a new level. Later, Cristina suffers an ectopic pregnancy and has to have the pregnancy removed via emergency surgery rather than abortion, but her friends are all by her side as she recovers.

When Cristina becomes pregnant in the eighth season, Meredith is again by her side to support her. Cristina’s husband, Owen Hunt (Kevin McKidd), isn’t supportive of her decision to have an abortion at first because he has always wanted children. Meredith tries to talk to Cristina to see if she might want to change her mind for her marriage, but Cristina is adamant. “I wish I wanted a kid. I wish I wanted one so bad because this would be so easy… but I don’t,” Cristina pleads to her. “I don’t want a kid….I really, really, really don’t want to be a mother. I want to be a surgeon…You’re my person, I need you to be there at six o’clock tonight to hold my hand because I am scared, Mer, and sad because my husband doesn’t get that. So I need you to.” Meredith recognizes what Cristina really wants, and tells Owen to get on board and support his wife. After talking it out with Cristina, Owen puts his needs aside, steps up, and holds her hand through her abortion. Unfortunately, he turns into a bit of a jerk and throws her abortion back in her face during a child’s birthday party in a later episode.

While touring a naval base, Vice President Susan Ross (Artemis Pebdani) meets a young ensign who has been sexually assaulted and enlists Olivia Pope (Kerry Washington) to help bring her rapist to justice. During the investigation, the ensign realizes that she’s pregnant and wants an abortion. “I have to get off the ship. I need you to get me an abortion,” she says to Pope. Always a champion for her clients, Olivia does whatever it takes to get the ensign off the ship for her abortion and holds her hand through the procedure. In season five, episode nine, Olivia finds herself needing an abortion, but rather than involve her gladiators for moral support, she goes to the clinic determined and alone. 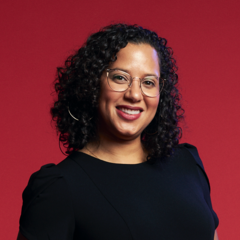 In the recent Netflix series Jessica Jones, the character Hope (who has been literally mind-controlled by the villain) reveals her pregnancy while in prison and asks for Jessica to arrange an abortion for her. Jessica does so as efficiently as she can, getting the medication to Hope and arranging for lawyer Jeri Hogarth to sit and stay with Hope. While this does lead to a breach of trust, I thought it was significant that the question of whether Hope should keep this baby was *never* raised, her needs were met and her wishes were respected.

Also in the Australian sitcom Please Like Me, Josh's friend and ex-girlfriend Claire comes home from Europe pregnant and asks him to support her through an abortion - which is dealt with in a thoroughly non dramatic manner, from the first appointment and explanation of the process, through the physical experience of it. Claire and Josh discuss the whole situation, including the awkward and embarrassing aspects of it, and how it's possible to have separate intellectual and squishy emotional reactions to the same event. (there's also a friend jealousy subplot that comes in because of how sharing this secret brings Claire and Josh closer as friends)

Both these TV shows depict non-surgical abortion which is super important because many people still don't realise that this option is available - and carries fewer physical risks.

by Amy Lam
Restrictive Texas abortion laws are up for debate at the Supreme Court. How will they rule?