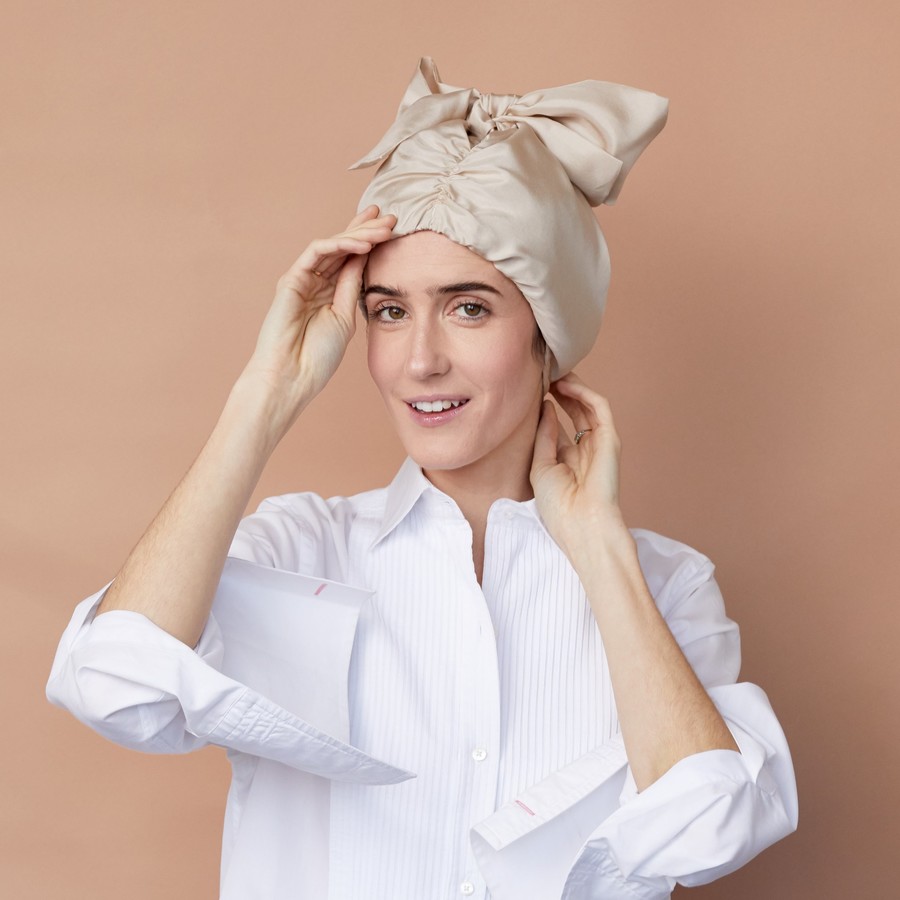 On July 19, Canada’s Fashion magazine published a profile of Sarah Marantz Lindenberg, the founder of NiteCap, a protective headwrap made from washable silk that’s essentially an overpriced version of the silk and satin bonnets that Black women have been grabbing from beauty-supply stores for ages. The piece, written by Ashley Joseph, a white woman, has the tagline, “This isn’t your grandmother’s silk hair wrap,” but also notes that the NiteCap will let you “look like Greta Garbo circa 1930.”

Throughout the piece, Marantz Lindenberg is celebrated as a woman who can “do it all”—one of Joseph’s admiring questions notes that Lindenberg created the business plan for NiteCap while pregnant with twins and on bed rest—who hustles by day but finds time for extended baths each night while her kids sleep. She’s a busy woman, but she’s also one who has been afforded the privilege (a word that’s never used in the piece) to build an empire while also prioritizing family (something not many Black women can say, considering how harshly Black women are judged and even punished for attempting to balance motherhood and career).

Lindenberg, in response to Joseph’s question about how she “got the idea” for the $98 bonnet, explains that she felt called to create something new when she felt unimpressed by existing options—existing sleep caps weren’t fashionable, their fabrics were too synthetic, their colors made her feel “silly going to sleep in.” And though she notes that damage-preventing hair wraps have “been around for a long time,” it takes an editor’s note without a time stamp to specifically mention Black people (“Though not strictly used just for sleeping, the item has a long history in Black hair culture”). It’s the only instance in the piece where the word “Black” is used.

In the United States, Black women’s hair has always been politicized. Historically, there have been laws and policies about what Black women can and cannot do with their hair, and many of them still exist in some form today. For a span of nearly 20 years in the 18th century, for instance, Louisiana’s tignon laws prohibited Black women from displaying their hair in public; meanwhile, just this month, California became the first state to create a policy banning discrimination against natural hair. (The Crown Act, when it takes effect in 2020, will prevent workplaces, schools, and businesses from penalizing natural hairstyles like afros and braids.) When non-Black people like Lindenberg appropriate Black haircare and hairstyles, they are erasing this long history and reshaping the conversation to prioritize the very people who called Black hair into question to begin with. With NiteCap, a white woman is taking an artful means by which Black women navigated public spaces (despite their literal bodies being made illegal by white people) and making it palatable to non-Black people (who apparently are unwilling to just go to a beauty-supply store and buy one for $3) to turn a profit. It would have been one thing if Lindenberg created something for herself and a few friends. It’s something else entirely for her to turn it into a business.

This isn’t the first time that white women have co-opted Black women’s haircare for the white market, of course. SHHHOWERCAP, a brand launched in 2013 that promotes itself as “the showercap, reinvented” was also launched by a white woman. These shower caps start at $43. The website’s feature of their founder is captioned, “female founder life” with the same kind of girl-power messaging that’s showcased in Fashion’s profile of Lindenberg. And a quick Google search for “hair masks” reveals another newly “refreshed” product: Instead of the $2 single-use masks in an aluminum packet that myself and my sister keep stashed in our bathrooms, I see a $45 “masque” by Coco & Eve, a $68 hair mask by Shu Uemura, a $28 mask by Amika Soulfood, and a $35 mask by Moroccanoil. Hair masks are great, and more people should use them.

But it’s worth noting that, yet again, business owners and marketers have decided to take a product that has historically focused on Black women and women of color and shifted it for a target audience of white women while jacking up the prices. In 2017, the Black women–owned haircare brand Shea Moisture faced backlash for an ad featuring two white models; for the brand’s Black customer base, the ad read as yet another erasure. But Shea Moisture, at least, does mention “natural,” “kinky,” and “textured,” hair in its ads and marketing copy, something that most high-end brands don’t—billing their products as “for dry, damaged hair” or “for all hair types,” the latter of which is as unlikely as one-size-fits-all clothing. 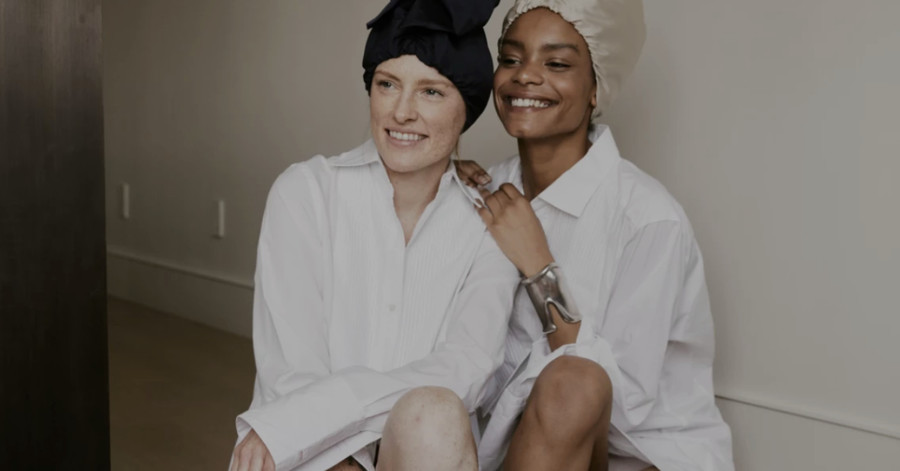 Joseph writes that the NiteCap is the result of “much consideration, conceptualization, brainstorming and borderline obsessive research”—which included, according to Lindenberg, a period when “I literally measured the heads of every person I interacted with.” The history of head size as a preoccupation of scientific racism is well-documented and chilling: As Leon J. Kamin and Safiya Omari wrote in their 1998 paper “Race, head size, and intelligence,” “The concern with cranial size was undoubtedly due to a sometimes unspoken assumption—that cranial size was related to brain size, which was in turn related to intelligence. Thus race differences in cranial capacity could serve to explain race differences in intelligence, and to justify a racial hierarchy in social and economic position.” With this context in mind, the thought of a white woman racing through New York City measuring heads in order to co-opt a historically Black head covering made me feel sick to my stomach.

As with SheaMoisture, Black consumers have been quick and thorough in responding to NiteCap. On the morning of July 23, Marantz Lindenberg posted an apology to the company’s Instagram account, which reads:

The Instagram feed itself features Black people, ranging from artists Prince and Lauryn Hill to models Naomi Cambell and Adwoa Aboah, with their hair wrapped; it’s a hint that someone, somewhere, knew the role that sleep bonnets play in Black culture. Paired with the founder’s supposedly “borderline-obsessive research,” it’s hard to believe that NiteCap is just another well-meaning slipup by a white woman with a desire to center herself, rather than someone who intentionally chose to ignore the fact that not everything marginalized people create is a business opportunity for white people.

by Princess Gabbara
We cannot discount how enslaved Black women used dress as a form of resistance.