No More “Good Girls”YA needs to get real about reproduction 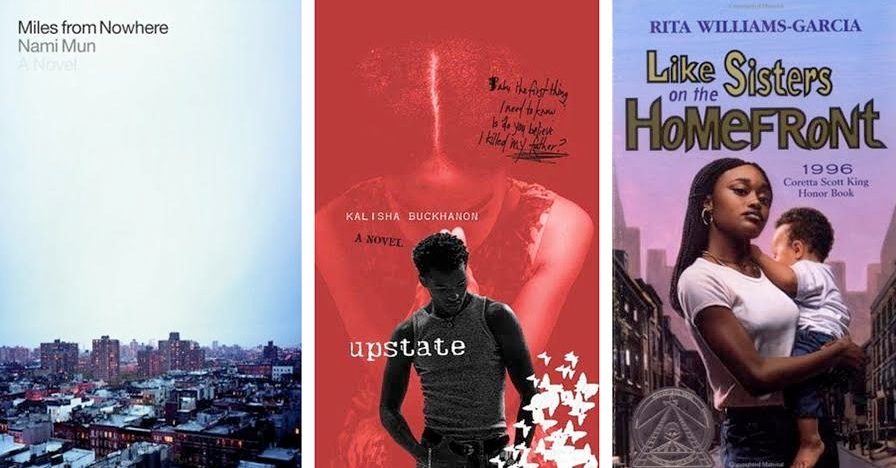 If you’ve ever been lucky enough to stumble across a bin full of the coveted YA series Sweet Valley High at a thrift store or library, you’ll notice the covers look a lot like mall-studio photos. Elizabeth and Jessica Wakefield, the 17-year-old twins around whom the series revolves, pose against pastel backgrounds, sporting perfectly coiffed blond bobs, pearl earrings, and exaggerated white-girl moods. Sweet Valley High, whose 20-year run began in 1983, covered all the bases of teen drama—irritating parents, summer romances, class reunions—but the young women at its center were surprisingly quiet about one thing: their reproductive health.

In fact, the single time the girls ever seem to menstruate, let alone even mention the word ‘period,’ is in the spinoff series Sweet Valley Twins and Friends, which is set during Elizabeth and Jessica’s middle-school years. In Jessica’s Secret,  Elizabeth is the first to begin menstruating, which leaves Jessica resentful that she doesn’t understand the fuss around cramps and cravings—a pretty reductive narrative around menstruation. Besides a cringeworthy lunchroom scene in which Elizabeth and her friends wallow in their menstrual misery together, not much else is mentioned: no tampons, no pads, and certainly no rubber menstrual cups. (Though in 1990, when Jessica’s Secret was published, such cups were already on the market.)

In a 1991 Chicago Tribune interview, Sweet Valley series creator Francine Pascal rationalized how and why the books took on both serious and sensational topics (cocaine overdose, abduction, and child abuse, and also cults, evil doppelgangers, and vampires) but omitted more mundane ones (like sex and reproductive health). “There’s no point bringing up issues unless you can bring it to a level a young girl can understand,”  she said, adding, “On the whole, teenage life isn’t about drugs and pregnancies or rape. It revolves more around virginal angst and first love, both of which are very serious subjects.”

Clearly Pascal, who was 62 at the time, underestimated young women and their ability to not only understand and care about their reproductive health, but to also take ownership of their bodies. Perhaps the evolving cultural norms of discussing young people and reproductive health makes the world of Sweet Valley particularly disturbing in 2017, as we’ve witnessed failures of abstinence-only education and seen pharmacists cite “religious objections” to filling contraceptive prescriptions. As a teaching artist who works directly with young women and gender-nonconforming folks, I hear young people talk about their reproductive health in ways that are not only become louder and more forceful, but more informed and nuanced. Young-adult literature, once an industry centered mostly on white, middle- and upper-class authors writing white, middle- and upper-class protagonists, has broadened significantly to include both authors and characters from all economic, racial, and social backgrounds. YA fiction is more and more reflective of the world in which young people actually live, a new normal of characters and storylines encompassing all the complexities of sex, sexuality, and reproductive rights and justice.

In the first few pages of the 1995 novel Like Sisters on the Homefront by Rita Williams Garcia, teen protagonist Gayle is pregnant for the second time and gets an abortion. Her mother, worried about her daughter’s future, sends Gayle and her 1-year- old son, Jose, to Georgia. While on the plane, Gayle explains the painful aftereffects of her abortion and the annoyance of having to care for her crying newborn. Throughout the novel, Gayle navigates being a teen mother and a young woman with no plans to stop enjoying sex. Unlike the happy-go-lucky teens of Sweet Valley, Gayle’s reproductive health is a central theme in the book, and is something she explores not only within herself, but with the people around her who may not always agree with her choices. In the end, this tension creates moments of reflection which Gayle takes to heart.

In one of the most nuanced and intimate reflections of all the ways different intersecting identities can be affected by reproductive injustice, Kalisha Buckhanon’s 2004 YA novel Upstate tells the story of two high-school sweethearts, Antonio and Natasha, living in Harlem. After protecting his family from domestic violence, Antonio is incarcerated on charges of murdering his father, and the novel is narrated through the love letters he pens to Natasha during the seven years he spends in jail. Through these raw, unfiltered missives, we see the impact of race, class, and gender on the reproductive future of teenagers. Young mothers are common in Natasha’s community, but when Antonio asks her to marry him and have his baby, she’s clear about her disinterest not only in being pregnant, but in putting her life on hold for Antonio. Natasha is a protagonist whose life path and reproductive choices are heavily influenced by her environment, but she nevertheless chooses to pursue a future on her own terms.

Then there’s Nami Mun’s 2008 novel Miles from Nowhere, in which teen protagonist Joon becomes pregnant while experiencing unstable housing and battling a drug addiction. It’s very clear to Joon that her best option is an abortion because she realizes the harm her drug use would cause the baby. But after consulting with friends and even a nun, she can’t bring herself to go through with the procedure; subsequently, she overdoses and experiences a miscarriage. (Later in the novel, Joon become pregnant for a second time, and does have an abortion.

Gayle, Natasha, and Joon are all characters who go above and beyond Pascal’s expectations: three young women of color whose reproductive health directly affects other aspects of their lives, like income, education, and housing. When understanding reproductive justice, it’s important to consider the different systemic values that cause injustices in certain communities—and of course, the harmful media and pop culture narratives about those communities that help perpetuate further injustice.  As Bitch Media’s 2017 writing fellow for Reproductive Rights and Justice, I want to explore the ways media and pop culture serve as platforms to not only educate young people on their reproductive health, but also work to normalize conversations around abortion and abortion access, contraception, and the communities where the intersections of reproductive injustice are most in need of social and political advocacy.

Relevant: Call the Midwife: What Nuns Know about Reproductive Justice

This week on Call the Midwife, there were only two births, and one of them was a piglet. The plot has veered...