Loud and ClearThere Is No Punk Without Black Women 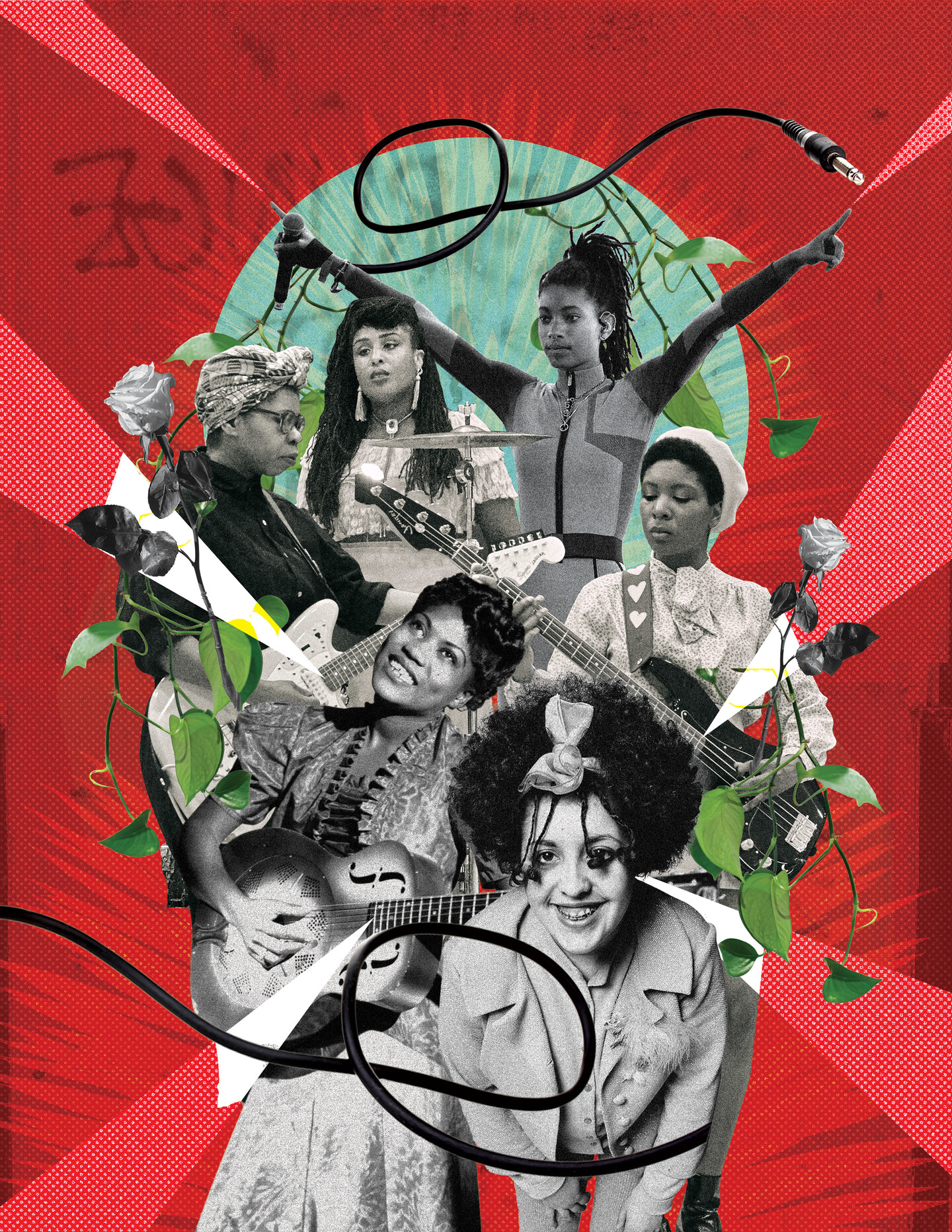 The origins of rock ’n’ roll are whitewashed. Too often, white men are credited as the creators and innovators, overshadowing Black artists who birthed the genre and shaped its progression. Black women musicians, in particular, have battled double standards. Since the early days, Black artists were expected to stick to specific genres, while their white peers were praised for taking “risks.” Betty Davis, who emerged in the late ’60s and ’70s, is now regarded as an influential funk-rock visionary, but her talent was misunderstood by the public and mishandled by label heads when she was professionally active. And during the early aughts’ pop-punk explosion, Canadian singer-songwriter Fefe Dobson fought pressure from her label to “rebrand” her image. In a June 2021 interview with Refinery29, Dobson revealed that executives dubbed her “Brandy Spears,” in reference to their perceived disconnect between her race and the tone of her singing voice. “She’s Black, but she’s got this pop, white, voice. That’s how they [executives] looked at it,” she said. Dobson’s experience is just one example of how the industry discriminates against Black artists attempting to defy stereotypes.

As ’50s rock ’n’ roll paved the way for ’60s rock and ’70s punk, Black women were repeatedly erased from the narrative. According to the popularized version of music history, punk is rooted in straight white male rage. Today, groups including London’s Big Joanie and singers like Willow Smith remind us that Black women have always been integral to the genre’s sonic evolution. Before Elvis Presley, there was Sister Rosetta Tharpe. Tharpe, who was born in Arkansas in 1915, developed a passion for music at a young age. She grew up performing gospel music with her mother and was first exposed to the guitar at age 4. She eventually moved to New York City, and her single “Strange Things Happening Every Day” was the first gospel single to cross over into the R&B top 10 charts in 1945. Tharpe’s popularity dwindled in the ’60s despite a notable 1964 tour in England, where she performed in multiple venues, including an abandoned railroad station. She died in 1973 and wasn’t inducted into the Rock and Roll Hall of Fame until 2018. It’s a familiar tale: Black women are given their flowers in hindsight while many white men are worshipped by the masses and later mythologized.

Laina Dawes, the Black Canadian author of 2012’s What Are You Doing Here?: A Black Woman’s Life and Liberation in Heavy Metal, says that we tend to link rock ’n’ roll with whiteness because of deliberate industry marketing. Dawes says that executives used the labeling of “race records” in the ’40s as “a tool to sell to Black communities but also to determine what records would be played in certain radio markets.” By 1949, Billboard charts had dropped the term “race music” for “rhythm and blues.” While researching her book, Dawes interviewed a Black woman who covered the ’70s rock scene for the Chicago Sun. She said that Black Southerners who were rock and roll fans often rejected the music once they migrated north because of the imperative need to blend in to their new environments and, thus, survive. “Spiritualism also caused Black communities to reject Black artists whose rock ’n’ roll stylings were thought to be ‘Satan’s music’ because of the harsher tonalities and pronounced, electrified guitars,” she says. Women such as Tharpe are viewed as outliers but, as Dawes explains, “Black women have been playing guitar since the 1800s, but that is never mentioned, as people are ‘visual’ in the sense that what they see in the general sphere is what they believe as true.”

Think of the bands associated with punk: the Ramones, the Sex Pistols, and the Clash. The critically acclaimed 1996 tome Please Kill Me: The Uncensored Oral History of Punk, written by former senior Spin editor Legs McNeil and Gillian McCain, seems to uphold the history of punk as intrinsically white, framing both the genre and movement as a culturally insular reaction to the white establishment. In a 2013 interview with New York magazine, McNeil compared the beginnings of rap to the beginnings of punk. “It felt extremely similar,” he said. “I mean, because there was no guitars…. But I thought for the first time, white guys probably influenced Black guys.” McNeil reinforces the idea that punk is separate from Black culture, and that the genre was modeled in the image of whiteness. Unfortunately, some Black folks also have invested in this mind-set. “It’s important to note that Black communities have also excluded Black rock, punk, and metal artists for performing what they see as ‘white’ music, as they also believed the lie that rock did not originate from African American musicians,” Dawes says.

Such lies undoubtedly harmed Black women in the scene. One of punk’s underappreciated yet influential heroines, Poly Styrene of X-Ray Spex, exemplified the genre’s rejection of consumerism, materialism, and the patriarchy. Styrene, born Marianne Elliott-Said, hailed from Brixton, London, and growing up she felt alienated by both Black and white communities. “The good thing about punk is that difference was celebrated, but there was probably too much made of her differences,” Celeste Bell, Styrene’s daughter, told Another Magazine. “People were constantly asking her about being a woman, asking if she was a feminist, asking her about race and identity.”

Styrene, with her braces and Day-Glo wardrobe, challenged cultural expectations through songs such as 1977’s “Oh Bondage Up Yours!” X-Ray Spex’s 1978 debut, Germfree Adolescents, received critical acclaim but the pressures of fame took a toll on Styrene, who felt uncomfortable with invasive celebrity culture and the push to sexualize her. Before a concert, she reportedly shaved her head in reaction to a violently traumatic experience. Around the same time, she also experienced recurring hallucinations, which led to her being misdiagnosed as schizophrenic and hospitalized for a few months. She wasn’t properly diagnosed as bipolar until 1991.

Following X-Ray Spex’s breakup in 1979, Styrene released a post-punk album in 1981, became a Hare Krishna initiate, and then left the sect a few years later due to misogyny. Styrene returned to music in 2008 and released new music up until her death in 2011. Though her career abruptly ended, she inspired future generations of women in the industry, including FKA twigs, Karen O, and Beth Ditto. And without Styrene, we wouldn’t have the riot grrrl movement. In recent years, there has been a renewed commitment to amplifying Black musicians and their Black fans in the punk scene. The 2003 release of the documentary Afro-Punk paved the way for the now international Afropunk Festival. Afropunk may have evolved into a global phenomenon for Black punks and alt kids, but gender still impacts the scene. In one of her final interviews, Styrene told Flux magazine that she was hesitant to say that gender equality had improved over the past 30 years. “I think that gender equality is down to the individual performer, I mean there are a lot more girls in bikinis looking sexy in videos,” she said. “I don’t think that’s gender equality myself.” Styrene was right to be skeptical.

The history of music has rarely been kind to Black women, who are often omitted from the discourse or treated as footnotes in their own stories.

“Since Poly first started her band back in the 1970s, things have definitely improved but that doesn’t mean we’re anywhere near to a meritocracy or even a place where it’s guaranteed if you work hard you’ll succeed,” author Stephanie Phillips, who’s also lead singer and guitarist in the Black feminist punk band Big Joanie, says. “There are still plenty of gender expectations placed on women, especially women from marginalized backgrounds.” Big Joanie, which formed in 2013, has earned the praise of fans, critics, and industry peers. Phillips adds, “We started in the DIY punk scene, which is very feminist so we haven’t had to deal with the worst that’s out there but it’s clear that, if we were three white men making the same music, we would have broken through years and years ago.”

The history of music has rarely been kind to Black women, who are often omitted from the discourse or treated as footnotes in their own stories. Dawes, whose book is approaching its tenth anniversary, says that her observations about the scene are still relevant. There are now more people of color involved but this hasn’t guaranteed wider inclusivity. Dawes suggests that in the United States, the racial reckoning ignited by the murder of George Floyd has emboldened “a handful of established punk, hardcore and metal artists who have been very open with their far-right conservative views, and their distaste for Black Lives Matter.” “How will these attitudes be reflected in the music industry?” she wonders. Black women may have created the blueprint for rock ’n’ roll, but their influence has been contested by our white-supremacist patriarchy. Punk’s not dead—it just may not mirror the status quo. Black women are the past and future of punk but their present role is still shaped by the oppressive systems that govern us.

Read this Next: Meet The Women Amplifying the Black History of Reggaeton 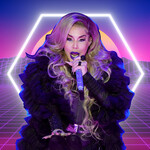