No Two Sides About ItBeing Anti-choice is Anti-Science 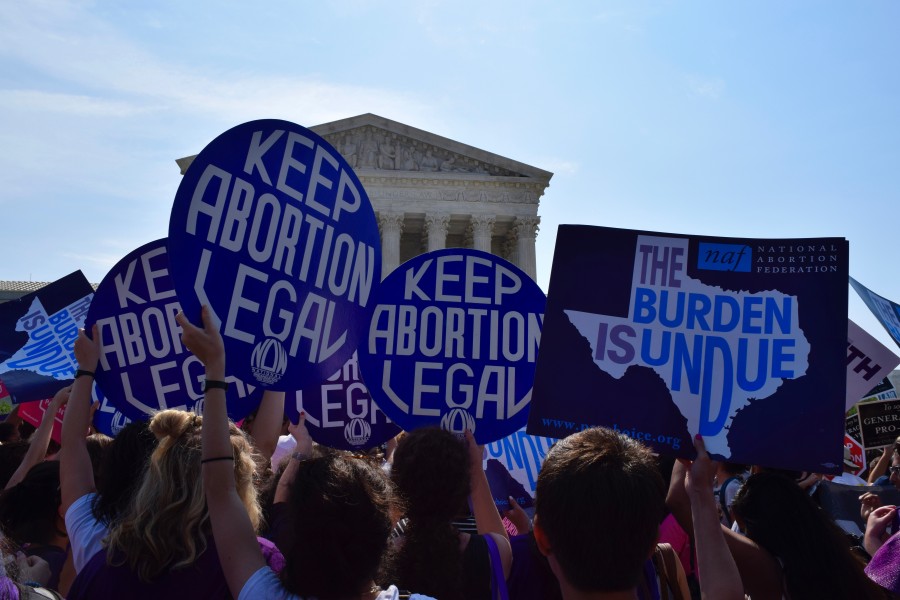 Over the last three months, the New York Times Opinion page has run not one but three anti-abortion op-eds riddled with misinformation, pseudoscience, and outright falsehoods. On February 27, the Times published “How the New Feminist Movement Leaves Out American Women,” an article by Lauren Enriquez, a public relations manager at Human Coalition, a pro-life nonprofit that calls abortion “the worst holocaust in human history ” on the homepage of their website, comparing it to murder. Exactly a month later, the Times published “To Win Again, Democrats Must Stop Being the Abortion Party,” in which Boston College theology and religious education professor Thomas Groome claimed Hillary Clinton’s allegiance to pro-choice values contributed to her loss to Donald Trump. And in May, a second article written by someone affiliated with the Human Coalition found its way to the op-ed page. In “The Problem with Linking Abortion and Economics,” Lori Szala, the national director of client services at Human Coalition, argues that asserting a link between economics and abortion is “patronizing, and patently dishonest.”

Such pieces coincide with Senator Bernie Sanders, Democratic National Committee Chair Tom Perez, and House Minority Leader Nancy Pelosi expressing their openness to “pro-life” liberals in the Democratic Party (a position further praised in a recent Los Angeles Times op-ed). An aide to Perez recently confirmed that he was planning to meet with Democrats for Life.

In my corner of the internet—one saturated with reproductive-justice advocates—there is widespread fury at the prospect that Democrats will welcome antiabortion views in the party and at the prevalence of anti-abortion op-eds. Sanders and Perez were taken to task by leaders like NARAL Pro-Choice America President Ilyse Hogue, and the New York Times, to their credit, did publish a powerful op-ed by Renee Bracey Sherman on the importance of centering the abortion conversation around people who have had them.

Meanwhile, the Times published Bret Stephens’s first op-ed on why it’s reasonable to be skeptical of climate change. This op-ed was was met with an outpouring of justified outrage from all corners of the internet, one that far outweighed the response to the op-eds on abortion, at least in the mainstream press. While Stephens’s views on climate change denial were seen as preposterous or fringe, the idea that abortion is a two-sided debate remains the prevailing narrative, with similar anti-choice op-eds popping up in the Washington Post and the LA Times. And Democrats continue to falter when it comes to supporting access to abortion.

But being anti-abortion and being a climate change denier are remarkably similar positions, in that both views are inherently anti-science and anti-fact. In accepting and publishing anti-abortion views, publications and politicians are not only normalizing the pseudoscience those views are based on, they are also perpetuating a reality in which an already marginalized issue is pushed further towards obscurity. By feeding into the partisan illusion that abortion is a contentious issue, rather than a private medical decision, publications and politicians that normalize anti-choice views are putting the actual lives of people who can become pregnant in danger.

Noticeably absent from every antiabortion op-ed are sources to back up the assertion that abortion is murder—or scientifically and morally objectionable. The lack of sources in these pieces reveals something important: while politicians and publications would like to make abortion a two-sided issue, science and research align with only one. And while attempts to marginalize abortion as a contentious issue might appease center-left or right-wing voters, statistics show that abortion is actually common, safe, and a social good.

So, let’s talk about some real science and some real facts.

Legally speaking, abortion is not murder, and using words like “killing” to describe it is inaccurate and incendiary. Abortion has been legal in the United States since the landmark Supreme Court case Roe v. Wade in 1973, and the Model Penal Code, which serves as a kind of guide for standardizing state criminal laws, does not recognize abortion as murder or manslaughter. While states are slowly working to chip away at this, as we’ve seen in the cases of Anna Yocca and Purvi Patel, who both faced criminal charges for allegedly inducing their own miscarriages, Roe set a precedent that mandates abortion remain legal in every state.

The American College of Obstetrics and Gynecologists (ACOG) supports access to safe and legal abortion, and states clearly that abortion is a “necessary component of women’s health care.” They support overturning abortion restrictions, including the Hyde Amendment, as well as bans on telemedicine, mandatory counseling, and Targeted Regulation of Abortion Providers (TRAP) laws. On their website, they provide “evidence-based” guidelines on medical and surgical methods to perform first- and second-trimester abortions. In their policy statement on abortion, they regard abortion “like all medical matters,” saying “decisions regarding abortion should be made by patients in consultation with their health care providers and without undue interference by outside parties.” They “affirm the legal right of a woman to obtain an abortion prior to fetal viability,” which they define as “the capacity of the fetus for sustained survival outside the woman’s uterus,”—a call they argue should be left to the “judgement of a responsible health care provider.” They also argue that abortion restrictions not only inhibit care and put people with unwanted pregnancies in danger, but also prevent scientific advancements that may improve care in the future.

Of note, the APA has spoken out against the antiabortion belief in “post-abortion syndrome,” a condition that anti-choice advocates argue is a kind of post-traumatic stress that follows abortion. They confirmed that a single abortion yields no more risk of negative mental health outcomes than a single pregnancy, despite Szala’s argument that “[women] will leave the clinic still burdened by every single problem she came in with.”

There is also no research or science to support the idea that abortion and economics are not linked. To the contrary, statistics show not only that abortion is closely tied to economic issues, but also is inextricably linked to issues of race and age.

A recent study found that teens who chose abortion have better long-term financial and educational outcomes than their peers who chose to carry a pregnancy to term. According to author and activist Renee Bracey Sherman, women denied access to abortion are “three times more likely to be living in poverty two years later” when compared to women who had access to abortion. A 2007 Guttmacher Institute study found that one of the most common reasons women gave for having an abortion was not being able to afford a child. States where abortion access is the most fraught are states where rates of women living in poverty are the highest. They are also often states “where most African American women live.” TRAP laws notoriously disadvantage women of color, as clinic closures are concentrated in the South where “more than half of Black Americans reside.”

Research and statistics on the medical safety of abortion and the risks and harms involved in restricting it abound. Another Guttmacher study released in May found that “at least 10 major categories of abortion restrictions are premised on assertions not supported by rigorous scientific evidence.” The consensus from the medical and scientific community on abortion is clear. Even Bill Nye the “science guy” has argued that anti-abortion policies are just “bad science.”

But that hasn’t stopped publications and politicians from perpetuating the idea that abortion is a two-sided issue. In doing so, they enable the idea that abortion is a niche issue, or a “fading” issue, as Nancy Pelosi recently put it. At the same time, it paints abortion as a contentious issue—one fraught with high emotions and passionate arguments that politicians and journalists should use caution when dealing with.

But again, this idea that abortion is a controversial or dangerous issue in American politics is not remotely grounded in reality either. Abortion, statistically speaking, is normal. Twenty percent of all pregnancies end in abortion. More than a million abortions are performed in the United States every year, over half of which are performed on women who already have children. Most Americans support Roe v. Wade and access to first-trimester abortions, which make up roughly 90 percent of all abortions in the United States.

In the golden age of alternative facts and fake news, when abortion faces challenges from the right and apathy from the left, we must not validate the opinions of those who refute science and research. We have an administration ready to stack the Supreme Court with justices eager to overturn Roe v. Wade and a Congress that’s happy to uphold TRAP laws that make abortion all but illegal until they do. And in publishing antiabortion propaganda and welcoming antiabortion voters into the Democratic Party, publications and politicians are bringing us one step closer to a world in which people who can become pregnant are relegated to lives without bodily autonomy. And that’s a fact.

Thank you for bringing these editorials to my attention, and for linking the anti-science connection with climate change. Excellent, important article.

This is an excellent, cohesive, and well-researched article written with such clarity! The science proves that access to safe, legal abortion world-wide is absolutely necessary. Thank you for restoring my faith in journalism! 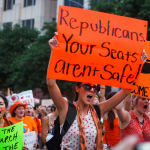