How to Preserve Vaginal Health While Participating in Nonmonogamy | Bitch Media

My Vagina Forced Me to Give up Nonmonogamy 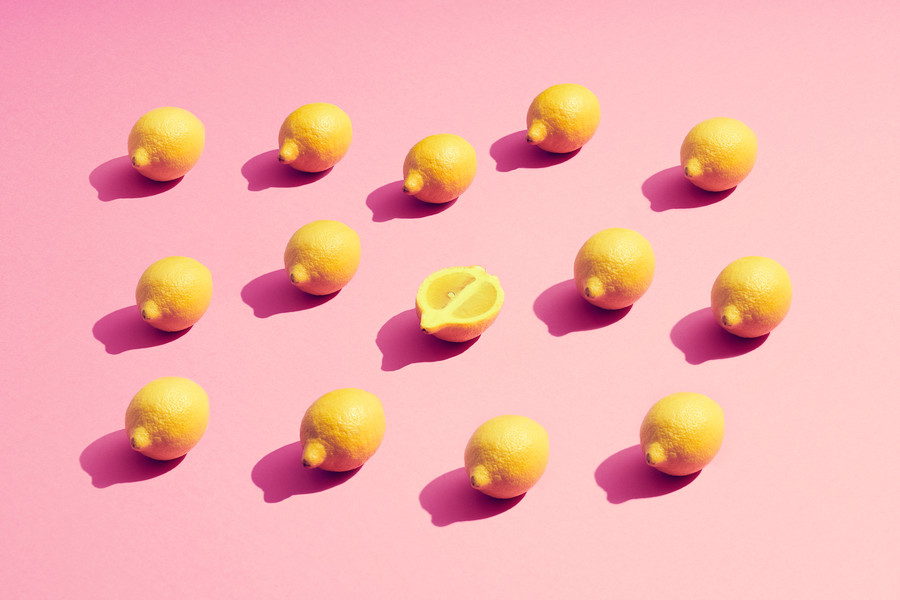 A group of lemons surrounding a half lemon that stands out from the crowd (Photo credit: Daniel Grizelj/Getty Images)

I first learned about polyamory in my late 20s when I was writing an article about other peoples’ experiences with the practice. At the time, I didn’t think much further about polyamory beyond “good for them, but I could never do that.” And then I met a married guy.

I was newly single when Evan* contacted me on OKCupid. His profile noted that he and his wife were in an open marriage, but his initial message was pretty benign—something about a band I mentioned in my bio, and our shared love of punk music. I would’ve normally ignored his message because I wasn’t interested in dating people who weren’t single. But he seemed nice and, according to his profile, we had a lot more in common than just our tastes in music, so I told him maybe we could get drinks as friends. Later that week, and after a couple of beers, we were making out outside of a bar in Downtown Brooklyn. We continued dating for the next year. Eventually, I found myself drawn to the idea of polyamory, but my vagina had different ideas.

Going into it, I had many questions about polyamory: What is it, really? How would it feel to be in a polyamorous relationship? Polyamory, simply defined, means “multiple loves” and, contrary to popular belief, it doesn’t always have to do with sex. In fact, there’s a joke in the polyamorous community that “poly” people spend so much time talking about their relationships that they’re too exhausted for sex. Contrary to negative stereotypes, polyamory isn’t cheating, as it involves individuals who’ve all consented. It’s also vastly different from polygamy, which indicates multiple marriages. A poly person might have a spouse and another relationship (or relationships) on the side; or multiple partners where one is their main or “primary” partner and the others are secondary; or multiple partners to whom they all give equal weight and importance (also known as “relationship anarchy”).

My own template as far as romantic relationships went had always been monogamy—my parents, very much in love for 30 years, as well as every other adult in my life, have (as far as I know) defaulted to monogamy. In my social circles, you had one romantic partner at a time, and infidelity was an unforgivable sin. But Evan was kind, smart, funny, and I enjoyed spending time with him. So what if he was married? If I met other people who were cool with the fact I had other partners and who wanted to date me, why couldn’t I go on dating Evan and everyone else?

That’s how I began dating exclusively within the poly community. I went to platonic meet-ups for poly people and sex parties for the nonmonogamous—and then my vagina revolted. I’d never had problems like this before, save for the occasional urinary tract infection (UTI) when I first began having sex and didn’t know you were supposed to pee after sex. But all of a sudden I started getting UTIs, yeast infections, and bacterial vaginosis as often as I got my period. And they were bad. Sometimes the pain was so severe and so distracting that I had to take days off from work. My partners were never annoyed about the issues, but I was annoyed with myself: I’d set out to find sexual intimacy with multiple people, and most times because of my myriad of infections, I couldn’t have it with even one. My gynecologist wrote me antibiotic and antifungal prescriptions and sent me on my way; never was there any question as to what was causing the problems, but I had an idea.

“Obviously the more sexual partners one has, the more that STDs become a concern,” Dr. Michael Tahery, a urogynecologist in Los Angeles tells Bitch. “But also the more partners, the more bacteria is introduced into a person’s body, and the more chance of bacterial infection.” Tahery sees many nonmonogamous individuals in his practice, and has found that even when safer sex methods like condoms are used to help prevent sexually transmitted infections and pregnancy, more and different hands and mouths in the mix could still possibly mess with the flora of the vagina in particular.

After becoming nonmonogamous, Cara* began developing recurrent yeast infections and bacterial vaginosis. “I started to develop issues almost every single time someone came inside me,” she says. She attributed the problem to a pH imbalance, as the vagina is meant to be slightly acidic; any time the pH fluctuates, it can create an environment that’s more hospitable to an overgrowth of bacteria, and thus an infection is born. “I read somewhere online about putting boric acid into a [vaginal suppository] capsule, and I’d start to do that for a few days every month,” Cara says. Ever since, she’s had no issue with infections.

Tahery also notes the positives of using boric acid, a homeopathic antiseptic compound, to treat temperamental vaginas. “The good thing about boric acid is it’s not an antibiotic or antifungal, but it increases the acidic environment to kill off any bad bacteria and support the growth of your own good bacteria,” he says. “And it’s very safe—it very rarely causes any problems, so you can also use it as suppressant therapy, but just using it randomly to avoid infections may not be so helpful. That’s why I prefer probiotics for that.”

It can be difficult to have conversations about sexually transmitted infections like HIV, herpes, and genital warts with one partner, but thanks to stigma around STIs, having conversations with multiple partners increases the possibility of being rejected.

Liz* is also prone to yeast infections and has struggled with its impact on her relationships. “I’ve found when it was occurring fairly frequently it made me more apprehensive to start new connections because it would be something I would want to explain to partners and it could be tiring to talk about it and deal with,” she says. “Plus… for myself there is a weird feeling almost like shame because my genitals were not at 100 percent. Though I know it wasn’t really something I could control, it still affected me mentally.” Those with vaginas aren’t the only people worried about how their sexual health issues may impact their ability to be nonmonogamous.

It can be difficult to have conversations about sexually transmitted infections like HIV, herpes, and genital warts with one partner, but thanks to stigma around STIs, having conversations with multiple partners increases the possibility of being rejected. When Grace* first opened her relationship, she was worried that her new boyfriend would reject her when he learned that she and her husband have herpes. Fortunately, he did his homework and decided he was okay with it. “Turns out even with using condoms, I ended up passing [herpes] to my boyfriend fairly quickly, within the first few weeks of us having sex,” she says. Because her boyfriend is married and his wife has other partners of her own, she felt guilty about possibly exposing others to herpes. “I felt horrible, of course, but he reassured me that he knew the risk and that it didn’t matter to him because he wanted to be with me.”

Tahery says it’s a good rule of thumb for people of any gender to read the labels of prophylactics to make sure they’re compatible with your genitals and your partners’ genitals. “The best kind of lubrication is water-based lubrication because the body dissolves it very quickly,” he says. “Any kind of oil-based lubricant is not a good idea because it doesn’t dissolve as easily.” The longer it takes to dissolve, the longer it sits in the body with the bacteria it may be carrying. He also recommends latex condoms for those who can use them. “Latex condoms are less likely to carry infections with them,” he says.

My own poly journey ended when I decided the cost—physical and mental—was getting too high (not to mention the bill I was running up at my gynecologist’s office). Not even boric acid or probiotics could control my raging vaginal issues, and the frequent courses of antibiotics were starting to hurt my stomach (and my heart). I loved having multiple loves, but I hated being at the mercy of a stubborn vagina. Polyamory isn’t for everyone, regardless of genital issues, of course. But for me, my vagina was sending me a message. And I was hearing it loud and clear.

* Names have been changed

Read this Next: Don't Conflate Cheating With Open Relationships, Please

by Erica Thomas
Non-monogamy has been all over the news recently. In the past few years, mainstream media has taken an interest in non-...
by Helen Strange
View profile »